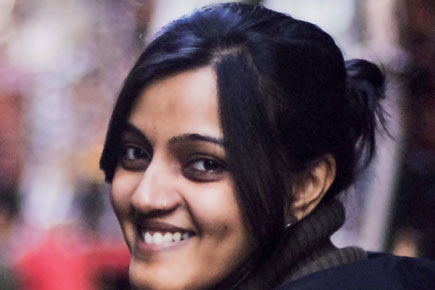 I was only eight years old when Rajiv Gandhi was assassinated, but I remember the shock on my father’s face as he told me the news. The other night, my friends and I found ourselves swapping stories about the assassination and other moments that loomed large in the minds of Sri Lankans who lived through them—the 1983 riots and the air strike on Colombo, the death of Prabhakaran and the end of the war. We spoke of where we were then and, often, just how little we knew about what was really going on. At the back of my mind, throughout that conversation,were the people in Rohini Mohan’s The Seasons of Trouble: Life Amid the Ruins of Sri Lanka’s Civil War, and where they had been on those days.

Mugil was in a camp for the internally displaced in May 2009 when she heard that the leader of the Liberation Tigers of Tamil Eelam (LTTE), Velupillai Prabhakaran, whom she once idolised, was dead. ‘For her, the news was like the shattering of glass on a silent night,’ writes Mohan. ‘All the decisions she thought she had made of her own volition— her proud rebellion—were made for the dream he had designed. She told her father, without reserve,that she felt orphaned. He understood; it was likely he felt the same way.’

Mohan and Sharika Thiranagama, the author of In My Mother’s House: Civil War in Sri Lanka (published in 2013 in India and by University of Pennsylvania Press in the US), have written books that will linger in our thoughts for a while to come; different beasts altogether, yet remarkable in their own ways. Mohan’s is a work of literary non-fiction narrated by an award-winning Indian journalist; an intimate portrayal of three lives researched over five years. Sri Lankan Thiranagama’s is an ethnography, written with an anthropologist’s eye and an insider’s heart. What makes both books so worth reading is that in the telling, neither woman flinches from the complex reality of life in Sri Lanka.

The reader is likely to find Mohan’s more accessible. She has confined herself largely to three lives, selected because the ‘words, decisions and silences of these three articulated better than most how the effects of a conflict can persist for a year, five or decades after’. In July 1983, Indra and Sarva, mother and son, fled Colombo—only to meet the mobs in the plantations of Nuwara Eliya. While Indra hid in the tea bushes, covering her infant son with her own body, Tamils were slaughtered around them, their homes looted. Years later, Sarva is dragged off the streets by state forces because of a secret in his past. When he attempts to escape, he finds his way forward fraught with challenges, perhaps the most unexpected of which is to win the hand of the woman he loves.

Indra, in many ways the most extraordinary character in this book, braves both the famously ruthless LTTE leadership and a cruel Sri Lankan bureaucracy as she fights with ferocity for Sarva’s liberty: ‘She had never raised a hand to him, so who were these people to hit her son?’ Her amazing courage is fuelled in equal parts by indignation and love.

Meanwhile, disillusioned former child soldier Mugil deserts the Tigers in the final days of the war, and returns to her family. ‘In a series of impulses’, she sheds her ‘façade’— first the gun, then the cyanide, the tiger tooth and finally the uniform—before disappearing into the role of an ordinary wife and mother. She soon finds her new disguise is only as strong as the courage of those who know her secret.

Mohan absents her own voice from the book, and instead chooses to tell the stories of her protagonists, with a pleasing directness. She offers context where appropriate, but clever pacing ensures we always return again and again to the people at the heart of the book. Their stories challenge the official narrative at every turn.

Thiranagama is an assistant professor of anthropology at Stanford University, so it’s no surprise that In My Mother’s House appeals particularly in her considered analysis, building on the research she references in her six chapters. It is worth noting that she is the daughter of Dr Rajini Thiranagama, a Tamil human rights activist. Rajini was openly critical of the LTTE, for which she paid with her life. Consequently, as a young child, Thiranagama was transplanted to London, where she grew up in the Sri Lankan diaspora. Though she occasionally draws on her own memories, the book is not about her. She relies on many different voices, using interviews as points from which to embark on explorations of kinship, displacement, militancy, caste and marriage traditions, among many other things. Identifying the need to reframe conventional accounts of the Sri Lankan war as one of the major aims of the book, Thiranagama dedicates pages to discussing the history of Tamil militancy in Sri Lanka, quickly reminding her readers of the early challenges to Prabhakaran’s extremism from other militant groups and bitter infighting.

In exploring how a generation answered the call to militancy, she establishes social reform as a driving motivation— not only was there a growing dislike of casteism, but young people were rebelling against social expectations and traditions around marriage and dowry. Unfortunately, this movement was subverted by the LTTE, who for instance, while overthrowing gender constructs within their ranks, enforced them strictly outside.

Thiranagama’s ability to name her ur (hometown) and thereby give her interviewees a sense of her history and loyalties, gives her a clear advantage. Her format renders her tone formal, her commentary bristling with references. In contrast, her interviews are often achingly poignant, allowing us to join her among a gathering of Northern Muslims in the IDP camps of Puttalam (‘Little sister, do you want to know how we arrived here? My wife came with her blouse torn and her sari streaming behind’) or in the kitchen of a woman raising her girls in their newly rebuilt family home; the same space in which her father was murdered during the 1983 riots, and where her neighbours now avoid her, evidence of their culpability present in the form of her looted belongings in their house.

Thiranagama’s writing on the travails of Northern Muslims—a subject seldom given enough column space—is of particular interest. For a period, there were many Muslim cadres in the LTTE, I discover. In fact, the organisation survived the offensive of the Indian Peace Keeping Forces (IPKF) in the east in the 1980s ‘chiefly because eastern Muslims maintained supply lines through Muslim areas to feed guerrillas in the jungle’. Thiranagama establishes that Muslims of the north and east were once considered natural allies of the Tamils, particularly since they spoke the same language. However, their presence inevitably threatened the LTTE’s visions of a ‘pure’ Tamil homeland: ‘They are the hidden other side of Tamil nationalism, the intimate but refused other,’ she writes.

In the end, both groups share the experience of displacement. Noting that ‘the most common experience of war related by all Tamils is movement’, Thiranagama talks about two of the largest forced movements in Sri Lankan history; the 1990 Eviction of Muslims from the north, which affected an estimated 70,000–80,000 people, and the 1995 Exodus of Tamils from Jaffna city, which moved another 450,000– 500,000 people, both instigated by the LTTE. As with the Eviction, the Exodus too is an ‘unforgettable event for Jaffna Tamils’, writes Thiranagama. ‘Every family has an Exodus story… They talk with the same intensity of walking, of violence, hunger, fear, and anger.’

Like Mohan, Thiranagama explores the lingering devastation wrought by losses during the war, in particular how quickly and completely people were stripped of everything they owned—Muslims in Jaffna were given only two hours to leave. Families who had saved for years saw their daughter’s dowries systematically whittled down at checkpoints. Arriving in the camps penniless, a generation struggled to overcome impoverishment, interrupted education and isolation from the local populace and administration because of language, eventually facing alienation from their own descendents, who gave no thought to returning. Instead, the latter embraced the place they were born into as their ur, claiming a landscape that was once alien as their home.

Both books have this too in common: they address frankly what it has meant and what it means to be a minority in Sri Lanka. They acknowledge the loose ends, the unsatisfactory compromises, the multiplying injustices, the way in which the past haunts the present, in which sorrow passes from one generation to the next, transmitted in fear, silence and unnamed grief.

Reports of violence instigated by Buddhist monks against Sri Lanka’s Muslims became common knowledge last year; it seems some are yet to weary of the endless spiral of violence and hate-mongering. As vested interests battle it out, the peace and prosperity of everyday civilian lives is, as always, collateral damage. As Thiranagama notes at one point: ‘The battle for hearts and minds of Tamil civilians was lost by the LTTE, and, sadly, remains the only battle the current Sri Lankan state is reluctant to initiate.’

(Smriti Daniel is a Colombo-based journalist)