All Noisy on the Western Front

How did the West suddenly get so much richer than the East about 350 years ago? Another book on business history, another explanation 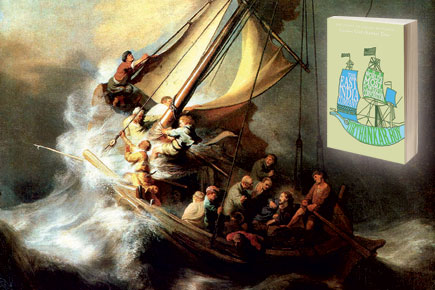 How did the West suddenly get so much richer than the East about 350 years ago? Another book on business history, another explanation


One basic fact is not in dispute. Regardless of whether they are Eurocentric, Indocentric or plain eccentric, historians identify the mid-17th century as the tip-over point of the great economic shift from the East to the West, give or take a few decades. Ask what really happened back then, though, and the debate could deafen a doorknob. Since this is history, nobody really knows anything for sure, but even after doing away with some of the more fanciful stories—that’s when Europeans had alien visitors, turned into vampires, stole the Vedas, or whatever—all kinds of explanations abound. Of these, at least four are worthy of attention.

According to RJ Barendse’s 2002 book The Arabian Seas, the 17th century’s latter half was basically when world trade slipped from Eastern to Western hands, and this happened once Mughal ships got stranded in Surat without credit for cargo after Aurangzeb clamped down on Mahajan loans for charging usurious rates of interest, as the emperor saw it. Equity funds proved inadequate in plugging the gap, and so the lack of loans left both an inter-cultural equation and economy on the Subcontinent in sad shape.

The emergence of Europe’s economy around 350 years ago, however, calls for something of an explanation of its own. Business historians trace the rise of Britain, in particular, to a clever coupling of risk and capital. This point is hard to miss in Tirthankar Roy’s The East India Company, a historical account of the entity that began its extraordinary expansion in the 1640s and ended up ruling much of India for a hundred years (till the Uprising of 1857). As the world’s first joint stock corporation, East India Company had a big war-chest of funds from thousands of investors, even as ‘limited liability’ gave it the legal leeway to dare anybody and anything in its hunt for profits, since owners of its shares had no responsibility for its actions and nothing at risk but the money they’d invested. In other words, the Company could go as far as the world would let it. And it did. Roy’s book glosses over the bigotry and brutality that its unrestrained adventurism ended in, but that doesn’t make the point about crowd-sourced funds and daring-do any less noteworthy.

Yet, even that’s not explanatory enough. After all, British imperialists got away with their tyranny not because they were smart businessmen, but because they had superior technology. By this alternate narrative, it was not Britain’s investors but its inventors who gave it its Empire and Industrial Revolution. What café-goers of the time had to talk about is mostly a matter of guesswork now, but one can imagine rebellious rants against exalted forms of man-made power (manipulable power, that is) puffing enough steam in the air to animate cloudy ideas about the manipulation of fashionable forces on planet Earth. Steam, as it turned out in the decades ahead, was just one of many forces that finally came to be fashioned by the need to get heavy-duty work done.

If that sounds loopy, explanation No 4 is even more abstract. The only concrete thing about it is the figure 1662. This, according to risk historian Peter Bernstein, was the year of publication of La Logique. Authored anonymously in French, this book wracked brains on questions of likelihood and cracked a thunderbolt in aid of what Westerners would call their ‘Age of Reason’ (and Gandhi would commend as “a good idea” for them).