Translating epics like Hoshruba, etching graphic novels and the Urdu Project. Farooqi has a lot on his plate and he’s loving it 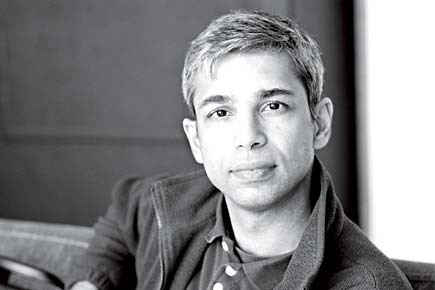 Translating epics like Hoshruba, etching graphic novels and the Urdu Project. Farooqi has a lot on his plate and he’s loving it


Translating epics like Hoshruba, etching graphic novels and the Urdu Project. Farooqi has a lot on his plate and he’s loving it

Q You have been writing and translating since 1994, with a string of major books now published in quick succession—the translation of the Urdu epic Hoshruba, The Land and the Tilism, The Adventures of Amir Hamza, the novel The Story of a Widow, and the children’s picture book The Cobbler’s Holiday Or Why Ants Don’t Wear Shoes. Tell us about the different writing processes you use for different types of writing.

A I began translating The Adventures of Amir Hamza at a time when I was taking a break from writing my own stuff. Shortly after I began the translation, I resumed work on my stories as well, then gave the translation a pause, and returned to it much later. Now that I have a little more experience, I manage to work on original writings and translations simultaneously by allocating each a different time of day. The kind of idiom I use for the translation of classical works is obviously too outlandish for a contemporary, realist story like The Story of a Widow. My stories for young children are again in a kind of language incomparable with the language of my current novel and the translations. It’s an adventure in different dictions, and I enjoy it very much.

Q List some specific problems translators face while translating from Urdu to English.

A Translating from contemporary fiction poses little problem because the vocabulary is generally not an issue and the author is usually alive, so textual queries can be resolved through consultation. However, someone translating a classic has no standard, researched texts, no one dictionary to consult, and usually has to go beyond classical Urdu and search classical Persian and Arabic dictionaries for solutions. Then we have to find a way to present the unpunctuated text in a punctuated translation. The translations of The Adventures of Amir Hamza and Hoshruba are the first effort to develop a language, an idiom, which reflects the flavour of the Urdu original, while presenting an English-language text.

Q Where does the word ’tilism’ come from?

A It comes to Urdu from Arabic and means talisman or magical inscription, but its origins are Greek. The meaning of this word changed in Urdu fantasy literature with tilism defining a magical world.

Q The word ‘trickster’ tends to have a negative connotation. But the tricksters in Hoshruba are very positive characters.

A Tricksters are the real heroes of Hoshruba. They embody the whole idea of the tale—human enterprise against occult forces. In some Western literature, the connotations are negative but not in the dastan. I think the definition of this word will undergo a change as more of such literature becomes popular.

Q How has Urdu literature influenced you as a writer in English?

A In a very big way. My work as a translator was really the best training I had as a writer. I learned the value of storytelling from it.

Q You’ve dedicated Hoshruba to your brother Arif with whom you first read the story, giving a vivid image of two little boys with eyes glued to the page, enchanted.

A We used to read everything from children’s books to women’s digests to electric iron manuals, the custard powder box, and the gibberish written on the metallic stickers on the refrigerator’s machinery. When I ran out of story books, I’d read my older sisters’ syllabus books.

Q You mentioned that you dropped out of engineering studies. When did you actually realise that you were a writer?

A During my engineering university days at NED University of Engineering and Technology, Karachi, I spent most of the time in the café consuming books, and becoming addicted to the omelettes and tea they served at a very reasonable rate. This must have indicated to me that I would end up either with books, or in a kitchen. But it was really after I had left engineering studies that I probably thought about writing seriously for the first time.

Q Who do you expect will read Hoshruba?

A The whole world and its aunt. Just you wait!

Q Tell us something about Urdu Project.

A The Urdu Project was created as an answer to the challenges of publishing translations of literary Urdu works in the West. Traditionally, works from other cultures have always been introduced through translations. But despite the interest in publishing original South Asian writing in English, there is no comparable interest from publishers in contemporary writings from the cultural languages of the region. I chose Hoshruba because I knew it had the potential to bring a lot of attention to this programme. In today’s world, it is pleasantly insane to be embarking on a 24-volume translation publishing project with high hopes of success. We are using Ingram’s print-on-demand technology to distribute Hoshruba in the US, Europe and the Asia-Pacific region. The entire thing is funded by me, but I have a number of highly experienced professionals and academics advising me in my efforts.

Q How do you expect this enormous body of work to influence the general global perception of the Islamic world?

A Frankly, I find it discourteous to change anyone’s opinion of anything. My effort is aimed at readers worldwide who are unaware of this awesome, fantastic story. I want to get the book into their hands. And they will know what to do with it.

Q Readers of The Story of a Widow aren’t going to be very happy if you spend all your time translating old stuff. Do tell us what we can expect next from someone who has proved himself a storyteller in his own right.

A Just the other day I heard the grinding of teeth and the clenching of fists in my dream. I’m sure it was an impatient fiction fan of Musharraf Ali Farooqi. Just to reassure everyone, I am working on a brand new novel called Between Clay and Dust, a graphic novel called The Rabbit Rap, and Tranquebar/Westland is publishing my translation of a contemporary Indian writer Syed Muhammad Ashraf’s novella titled The Beast. The matter is now out of my hands but I know how it will all end—in an all-out free-style wrestling match between various groups representing fans of fiction, graphic novels, children’s picture books and classical and contemporary Urdu fiction in translation. My agent will sell me into slavery to the group that emerges victorious, and I will do their bidding for the rest of my days.

Q Why did you move to Toronto and how did it affect your writing?

A The move to Toronto happened in 1994. The political situation in Karachi had created a sudden desire in the hearts of many citizens to run far away from the city. I had an opportunity and used it. Soon after arriving in Toronto, I discovered the University of Toronto library, which has a large collection of Urdu literature. It was one of the reasons I stayed put. It also introduced me to much of the material I later translated and used as reference for my work.