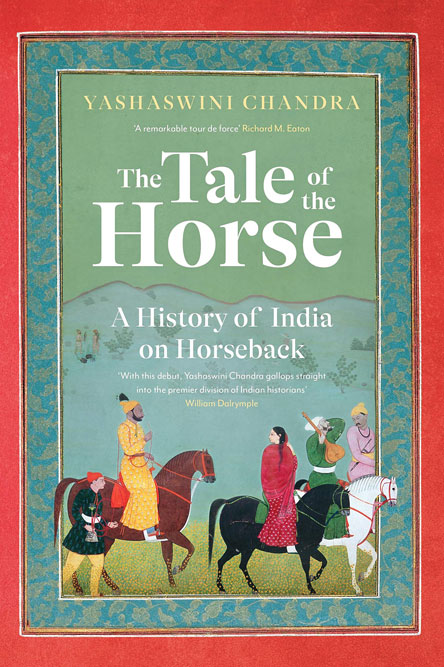 The Tale of the Horse: A History of India on Horseback Yashaswini Chandra
Picador
699 pages | ₹ 336 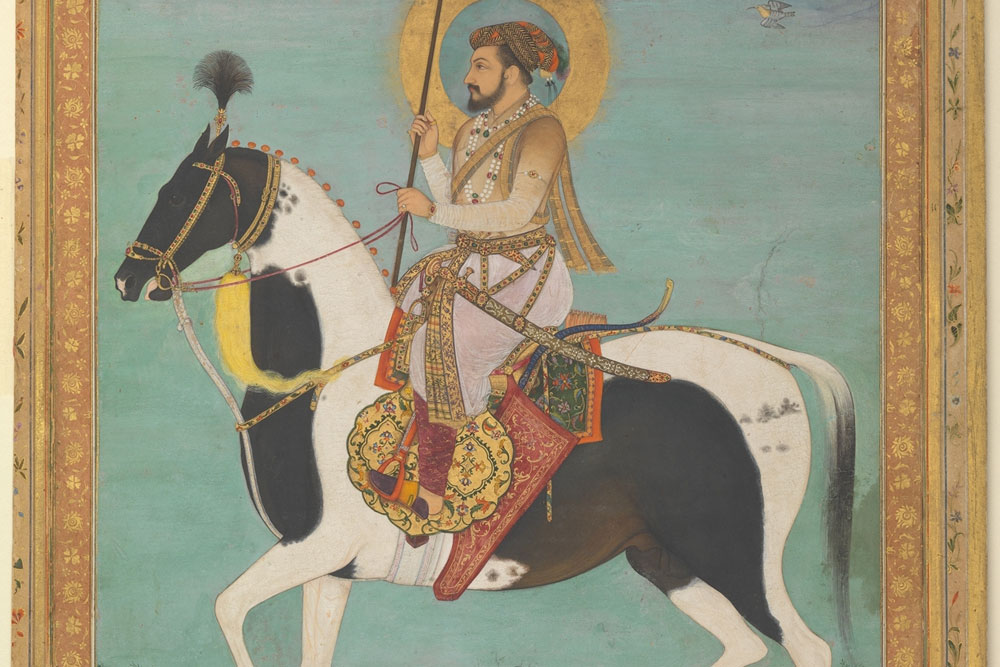 
History, in its telling and retelling, has often glorified the men and (at times) the women participating in events. It has always been a story of the human; and almost never about the animal. The ubiquitous elephants and horses that aided many a conquest have mostly remained anonymous and unsung.

Yashaswini Chandra in her debut book has trotted into the realm of history with all the horsey stories. An avid equestrian, she chronicles equine history that is a thread across Indian mythology, folklore, art and literature.

The graceful horse makes its presence felt right from Vedic scriptures through the Ramayana and the Mahabharata. Emerging as one of the treasures from the churning of the celestial ocean (the samudra manthan by gods and asuras), the horse became a symbol of sovereignty as it pranced across the land challenging the rulers to claim it as the prize of Ashwamedha yajna. Chandra dwells on folklore from Rajasthan where the phad scroll depicts Pabuji Maharaj and his divine ornamented black mare Kesar Kalmi; she then moves on to tales from Manipur. The beliefs associated with a galloping riderless horse bring forth tales of the social status of the animal. Then there are the romance stories where the lovers escaped on horseback, for example,Rajput king Prithviraj Chauhan and Sanyukta.

Emperors and rulers preferred steeds from Arabia and Persia as personal rides; Chandra traces the journey of horse trade from the faraway lands of Central Asia, Iran, Turkey and Afghanistan. She notes that the growing trade relations with horse breeders across the land prompted the Mughals to construct and maintain a series of caravanserais, watchtowers and marketplaces along the route to facilitate the import of many horses for the emperor’s cavalry requirements. If northern parts of the country relied on trade routes across the mountains, the Deccan and southern rulers, from Marathas to Vijayanagar emperors, were partial to sea trade with breeders of foreign lands and were willing to pay hefty amounts for thoroughbred horses. Horses even became ideal gift choices among monarchs to cement political relationships; sometimes they also worked as tax paid by vassal kingdoms.

Chandra outlines how the increasing demand for sturdy horses as war machines also gave an impetus to efforts of local breeders from Manipur, Gujarat, Deccan, Haryana, western Uttar Pradesh, Punjab and Rajasthan, so much so that at one point Akbar’s court historian Abu’l-Fazl recorded, ‘In a short time Hindustan ranked higher in this respect than Arabia. There are fine horses bred in every part of the country.’

‘To view India in relation to the horse is to see the familiar figures of emperors and kings or prolific artists in altered light,’ writes Chandra. She deftly weaves the narrative with the lore of popular historic figures and their gallant horses like Rana Pratap and his famed brave stud Chetak or Maharaja Ranjit’s Laili. She also introduces notable women riders like Chand Bibi who is immortalised in paintings indulging in falconry astride a horse or iconic Rani Lakshmibai with her swords.

While the British gained ground and restricted the services of the horse to ceremonial purposes and the sport of polo, bringing horse trade to an end, the commissioned equestrian portraits of Mughal emperors Shah Jahan, Aurangzeb and Jahangir, Maratha king Shivaji, and ruler of Mysore Tipu Sultan preserved a history of the glory, glamour and significance of the regal steeds.

Horsemanship flourished in India with growing cavalry needs due to the arrival of migrants from central Asia and the establishment of Indo-Islamic rule. The horse still enthrals its beholder with its sinuous beauty as it trots, canters and gallops. But the tale of the horse is essentially that of ‘migration and permanent intermingling mirroring the human inhabitants’.