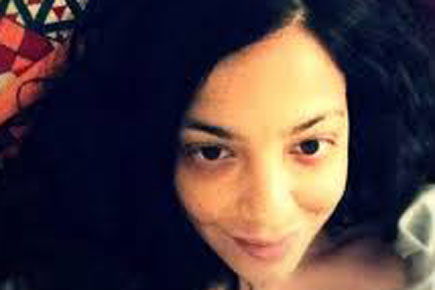 A PERFECTLY-PITCHED memoir about a young woman starting out in a creative industry that brings to mind novels like Valley of the Dolls and The Bell Jar, Joanna Rakoff’s My Salinger Year comes as an especially lovely surprise as it has far less to do with JD Salinger than the title suggests.

Akhil Sharma’s semi-autobiographical novel, Family Life, is a homage to resilience: An Indian couple arrives in America in the 1970s, brimming with hope until an accident leaves their teenage son in a permanent vegetative state. Father, mother and a surviving son (Sharma’s narrator) devise coping mechanisms—both maladaptive (guilt, blame, alcohol abuse) and adaptive (humour, academic striving). Sharma survived his hideously suffocating childhood to produce this masterpiece of a fictionalised memoir.

Is there a better sports book than the Wisden Cricketers’ Almanack 2014? I haven’t encountered one. This year’s edition, the 151st in a series of glorious pedantry, is of special value to Indian readers, carrying as it does a section of tributes to Sachin Tendulkar (including one by yours truly). Under Lawrence Booth, the current editor, the fat yellow book—the cricket fan’s Bhagavad Gita—is lovelier than it has ever been, even as the game it celebrates turns tawdry.

Mecca: The Sacred City, Ziauddin Sardar’s rich history of the Muslim world’s most important city—the site of Islam’s two major pilgrimages—is both authoritative and entertaining. Mecca is currently gripped by a building boom. Sardar’s book warns that modernity is sweeping away some of Mecca’s most revered archaeological sites.

In The Light Of What We Know by Zia Haider Rahman is a long overdue reminder of how fiction can convey essential truths about the human condition. I also marvelled at Ritu Menon’s political and literary biography of Nayantara Sahgal (Out of Line). Thoroughly researched and perfectly written.

Laila Lalami’s The Moor’s Account is the story of a Spanish voyage of exploration to the Americas, told by a Moroccan slave on board. Lalami is a writer of great poise and makes an old story feel urgent and vivid.

An Officer and A Spy by Robert Harris, a novel retelling of the infamous Dreyfus case, peopled with historical characters, which touches on the universal themes of racial prejudice and the power of the state to suppress and subvert justice.

Thrown—a strange, prickly, often irritating book—deserves your attention. Kerry Howley’s study of the subculture of mixed martial arts, about a pair of fringe fighters, is non-fiction told through an intense, excitable fictional narrator, a failing graduate student of phenomenology. It is funny, shrewd, and, in places, profound about the mutually parasitic relationship between writer and subject. Between the ‘man in the arena’ and the critic on the sidelines.

The Pashtun Question: The Unresolved Key to the future of Pakistan and Afghanistan by Abubakar Siddique; Karachi: Ordered Disorder and the Struggle for the City by Laurent Gayer and The Wrong Enemy: America in Afghanistan, 2001-2014 by Carlotta Gall. For an incisive and nuanced understanding of a country that is going to be in the news all through the next year, alas for all the wrong reasons, I commend these three books.