The way things were • The zone of interest • The Myth of the strong leader • Thirteen days in September: Carter, Begin, and Sadat at Camp David 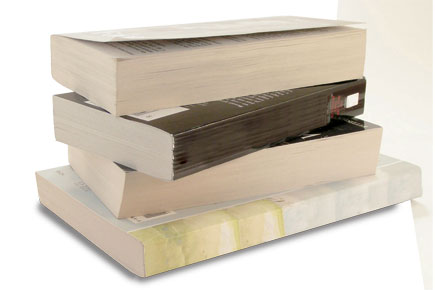 The way things were • The zone of interest • The Myth of the strong leader • Thirteen days in September: Carter, Begin, and Sadat at Camp David

This novelist floats effortlessly in the history of the present, holding the planet in his palm. A majestic debut in which every action elaborates an idea (‘A Groundbreaking Work of Staggering Genius’, 23 June).

THE WAY THINGS WERE
By Aatish Taseer
(Picador)

The idea of India is an argument that is scholarly and, nowadays, increasingly scriptural. In Taseer’s best novel, it is a family saga played out in the upper class drawing rooms of Lutyens’ Delhi, with some of Indian politics' most dramatic events as backdrop: reimagining the India of the mind (‘An Indian Original’, 8 December).

Lawrence Wright of The New Yorker is one of narrative non- fiction’s finest practitioners. His The Looming Tower, for me, is the best book on 9/11. This one is another pageturner, wherein the drama of the Camp David treaty is captured by a writer who uses the craft of first rate journalism to bring alive a piece of history.

THE MOST DANGEROUS BOOK: The Battle for James Joyce’s Ulysses
By Kevin Birmingham
(Head of Zeus)

This is the story behind the publication of the book that changed the modern novel. The heroism of Joyce’s publishers and the defiance of the writer set the novel free from obscenity hunters and book burners. Love Ulysses? Then you will love this thrilling narrative.

A leader who dominates his party and colleagues in a democracy is not necessarily a great leader, argues the author after analysing leadership of every variety—authoritarian, totalitarian, revolutionary and democratic. This one couldn’t be more topical (‘What Kind of Strongman Does India Need?’, 9 June).

THE ZONE OF INTEREST
By Martin Amis
(Jonathan Cape)

Another Holocaust novel, especially after Jonathan Littel’s The Kindly Ones, a contemporary masterpiece? Then it’s Martin Amis, a writer whose every word sends the London literati to a critical paroxysm—call it the Amis complex. In an imaginary concentration camp, Amis creates the horror of being alive with deadpan detachment.

POLITICAL ORDER AND POLITICAL DECAY: From the Industrial Revolution to the Globalization of Democracy
By Francis Fukuyama
(Profile Books)

Twenty five years after his the-end-of-history shocker, Fukuyama, in a mammoth volume, traces the origins and evolution of the crisis in liberal democracy. It is the interplay between the state, the rule of law and democratic accountability that determines the course, for better or worse, of liberal democracy. The public philosopher of the grand sweep at his best (‘Reading Fukuyama: How Liberal Is Your Democracy?’, 22 December).

THE FOURTH REVOLUTION: The Global Race to Reinvent the State
By John Micklethwait and Adrian Wooldridge
(Penguin Press)

The editor-in-chief and the management editor (who is also the Schumpeter columnist) of The Economist are a formidable pair on the right side of the argument—read The Right Nation: Conservative Power in America. Their latest is a warning to the West: reform the state or be damned. Read it along with Fukuyama. And let’s hope the partnership will survive Micklethwait’s departure from the weekly.

Now that politicians and Hindutva’s streetfighters are the Gita’s interpreters in India, this little gem by a Western scholar is a timely intervention. It tells the story of a religious- literary classic, from its origins to its modern existence.