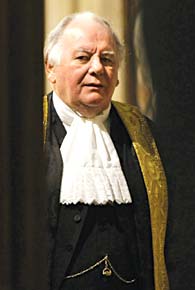 
FIRST THEY said they hadn’t done it, then they said ‘sorry’, and now they are ready to write fat cheques in the hope of keeping their credibility and their seats. We are talking about honourable members of the British Parliament, who have shown that they are anything but honourable.

The expenses scandal that has shaken British democracy has come as a rude shock to Britons. These Members of Parliament (MPs) were seen as public servants motivated by the opportunity to work for the betterment of society, not rob the treasury. But the nobility of their exertions, or lack thereof, has been revealed by the daily deluge of dodgy expenses published in The Daily Telegraph.

The expenses row has tarred all political parties and left every Parliamentarian red in the face. Public confidence in the democratic system is haemorrhaging, Parliament has lost its moral authority, and all parties have lost their dignity. It’s a shame.

So far, nearly a hundred MPs have been accused of fiddling their expenses—over-claiming or making inappropriate requests for reimbursement—and it is nowhere near over. The Daily Telegraph claims it has copies of millions of receipts, which scores of journalists are poring over to find the ‘thieves’ who are being named and shamed in the paper. The amount of money may not be large, as in the case of the Conservative Party leader, David Cameron, who claimed £680 for pruning his wisteria tree as an expense, but the point is that they have been caught with their fingers in the till.

\The claims boggle the mind. From moats to manure, flats to furniture, MPs have filed claims for just about everything, manipulating a system which is not very clear and which allows ‘honourable’ members to make claims under the able guidance of their moral conscience. A Green Book of rules does exist; it stipulates that MPs should claim costs ‘wholly, exclusively and necessarily incurred for the purpose of performing your parliamentary duties’. How a massage chair or duck house in a garden pond can aid parliamentary duties has baffled all but those dependent on such help, the MPs themselves.

The main scam that most MPs have been accused of conducting involves playing the highlylucrative property market. Using a loophole in the system that allows MPs to have two homes—one in their constituency and one in London to attend Parliament—they have been ‘flicking homes’. The rules allow them to claim rent or mortgage-and-maintenance of their home. They have been switching between whichever’s the more expensive to run (or in need of work) as the home maintained by public funds. Many have also sold homes for which taxpayers have funded mortgage payments, raking in tidy profits on these deals, and that too, without paying capital gains tax on them—a triple whammy!

The public outrage is palpable. Lately, there has been much anger directed at greedy people living the good life at the cost of taxpayers being put through a wringer thanks to the credit crunch, but parliamentarians were not supposed to be among them. Public life, though, goes with public accountability. The row has cost the Speaker, Michael Martin, his job—a first in 300 years! Martin, an MP for the last 30 years, was forced to resign when MPs defied parliamentary convention and publicly called for him to stand down. Many MPs felt he had come to symbolise the inability of Westminster to reform itself, while others see him as a scapegoat.

Both David Cameron and Prime Minister Gordon Brown have apologised on behalf of their political parties and urged their members to pay back the ‘inappropriate reimbursement’, but it is too little too late. The damage has been done. In a rare show of unity, all politicians have pleaded a flawed system which needs to be reformed. A Committee on Standards in Public Life has been given the task of reviewing the expenses system and publishing its findings by the end of the year. All parties have agreed to accept and implement its recommendations. The people, though, want an immediate general election. That’s the clamour.