End of the Double-digit Dream

India’s GDP growth target for the 12th Plan period is just 9 per cent annually, a tad lower than the double-digit bluster earlier 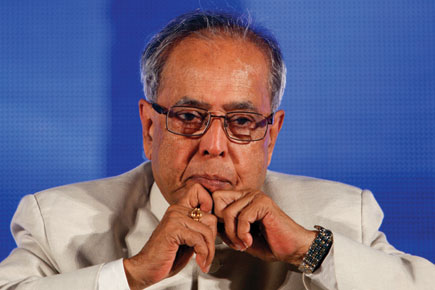 India’s GDP growth target for the 12th Plan period is just 9 per cent annually, a tad lower than the double-digit bluster earlier


Only one thing is certain about India’s economic growth prospects today. The economy is unlikely to expand annually in double-digits in the foreseeable future. A few days ago, the National Development Council (NDC) set the country’s target at 9 per cent a year during the 12th Plan period (2012-17). This is a climbdown from the ambitious expectations of June 2010, when Finance Minister Pranab Mukherjee categorically boasted that a 10 per cent rate can be achieved within five years (that is, by 2015).

What is more worrisome is that almost everyone is unsure of what India will achieve this fiscal (2011-12). The Government started with an estimate of over 8 per cent, and, until August 2011, the PM’s Economic Advisory Council maintained that it would be 8.2 per cent. Around the same time, global investment bankers had scaled it down to 7.7 per cent. The RBI, on its part, noted the possibility of slipping below 8 per cent. In September, the IMF reduced its forecast to 7.5-7.75 per cent, thanks to the drag-down effects of sluggish investment, high inflation and the global debt crisis. Meanwhile, the World Bank felt that India’s growth could be anywhere between 7 and 8 per cent, both in 2011-12 and 2012-13.

At the recent NDC meet, even the Government admitted that India would clock under 8 per cent this year. In a globalised scenario, Mukherjee said, “when the world sneezes, India runs the risk of catching a cold”. And now, the RBI has also nudged its official projection down to 7.6 per cent.

One can argue that there is not much difference between 7.5 and 8.2 per cent, as long as India can revert to its 9 per cent clip after the current hiccups. However, there is a crucial issue to contend with. Last year (2010-11), India achieved 8.8 per cent growth largely due to an unprecedented 6 per cent jump in agriculture. This year, despite the spurt in rains during the latter half of the monsoon, farm output will grow by just 3 per cent. Also, there seems to be a manufacturing crisis. In September 2011, the HSBC India Purchasing Managers’ Index, which reflects factory output, fell to 50.4, the lowest in the past 30 months. During April-August 2011, the IIP, which includes construction, mining and energy as well, grew 5.6 per cent, compared to 8.7 per cent in the same period the previous year. Only the services sector has done well. Now, this is bad news for the economy.