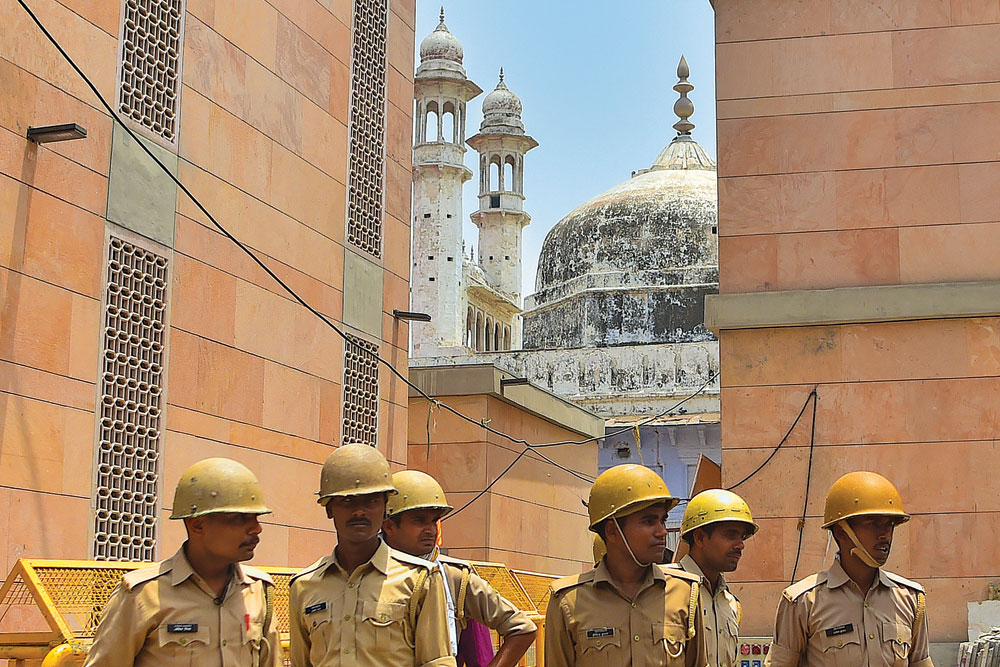 Policemen stand guard near the Gyanvapi mosque in Varanasi, May 20, 2022 (Photo: AFP)


A district court in Varanasi on Monday said that title suits for the Gyanvapi Mosque were maintainable and has dismissed the contention of the Muslim side that this was barred by law. A group of Hindu devotees had filed a case seeking access to the Shringar Gauri image on the wall of the Mosque. The case was originally being heard by a different court in Varanasi until the Supreme Court transferred the case to the District and Sessions Court. Hearings in the Varanasi court will continue and the next date is set for September 22, 2022.

The case of the Muslim side—represented by the Anjuman Intezamia Masjid Committee (AIMC)—was based on the claim that the petition of the Hindu side was barred by the Places of Worship (Special Provisions) Act, 1991. The 1991 law imposes a cut-off date—15th August, 1947—and says the nature of any place of worship could not be changed after that day. That law, in turn, is under challenge in the Supreme Court and the next hearing in that case is set for 11th October. The petition in the apex court says the cut-off date is arbitrary. The law was passed when P V Narasimha Rao was the Prime Minister.