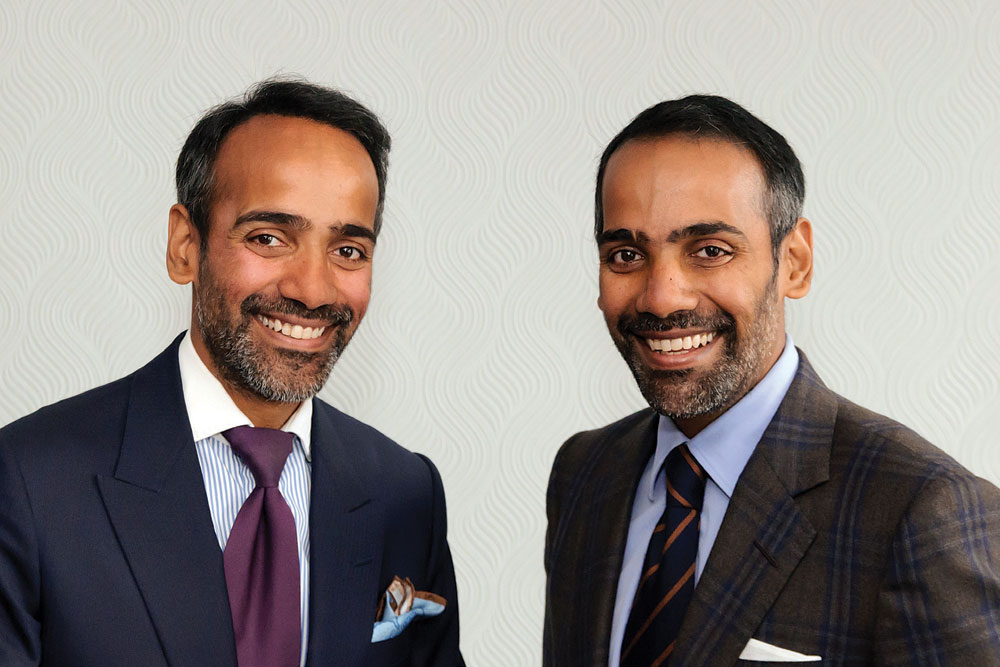 
SURESH RAMAKRISHNAN IS very handsome, slender, with large eyes and a beard that dramatises and frames already dramatic features. I had known him for about four years and been friendly with him the way that a journalist is friendly with a source when, one afternoon, after meeting with him in his luxury hotel suite in midtown Manhattan, he walked me to his hotel room door and, as I was stepping into the hallway, he murmured that one of the reasons he and his brother founded Whitcomb & Shaftesbury, one of the leading makers of bespoke suits on Savile Row, was patriotism. He said this quietly, almost under his breath. I stopped at the door, turned around, and asked him if I had heard him correctly.

I write about fashion. I know all sorts of technical details about clothing. I know that tweed makes a lovely jacket, but that the sponginess of the fabric makes lousy trousers. I know that raising the armholes of a jacket so they fit one precisely has the benefit of making arms look longer and causing one’s movements to appear liquid. What Suresh’s murmured comment, murmured in the embarrassed way that one shares an intimacy with somebody one is not yet sure is a friend, made me think about was the psychological reason for why certain extraordinarily talented men are making very high-end and very traditionally Western clothes in India.

Most people know that the West recognises India’s astonishing tradition of craft—think of Chanel making lace outside Chennai. And most people know that Indian fashion designers are becoming part of the rapidly changing fashion vanguard—who has not admired Suket Dhir or Sanjay Garg? What is not well known is that the great drivers of India’s changing reputation in the world of luxury clothing are Whitcomb & Shaftesbury with its suits, and the shirtmaker 100 Hands. This is because the two are producing garments that almost every fashion journalist would describe as some of the best in the world, and also because they are making practical garments like shirts, jackets, trousers, and so their clothes actually get worn and get worn by people other than the fashion cognoscenti.

Whitcomb & Shaftesbury suits can be constructed either in India or on Savile Row. The difference in price is vast, £1,590 versus £3,790, though even the lesser price is exorbitant for most men’s suit needs. What is astonishing though is that most people, even fashion journalists, cannot tell the difference between a suit that is made in India and one that is made in London. 100 Hands shirts are all made in a factory outside Amritsar and retail for about £239 to £329.

Suresh and his identical brother Mahesh (the two are part of identical triplets) sold their first bespoke suit in 2005, a year- and-a-half after they started Whitcomb & Shaftesbury. Originally, all the suits were made on Savile Row. They had never planned to make suits in India. Around the same time they were starting their business, the 2004 tsunami occurred, devastating the fishing villages near Chennai, a city to which the Ramakrishnan family has historical ties.

Many of the fishermen were traumatised by what they had seen and did not want to return to the sea. One of the phobias they developed was that the fish they were catching had eaten human flesh and so when a fish lay gasping on a ship’s deck, what they were seeing was a bit of a corpse. The Ramakrishnan brothers joined with the French Blue Cross to provide job training to members of the fishing communities.


Whitcomb & Shaftesbury suits cab be constructed either in India or on Savile Row. Most people cannot tell the difference between a suit that is made in India and one that is made in London

Because what the brothers knew best was tailoring, this is the training they tried to provide the fishing communities. Their hope was that after the training was done, the students would be able to get work with small tailors. The idea of constructing suits in India for their own business came later.

From the very beginning, they trained the students to Savile Row standards. Whitcomb & Shaftesbury hired local professional tailors and flew in tailors from London to teach the locals Savile Row techniques and what are the different skill sets needed to work on the Row.

“We trained thousands and hired handfuls,” Mahesh, who lives in Chennai and is involved in the actual production of the suits told me. “It took us eight years before we felt comfortable selling a suit made in India. The process of training cost well over a million dollars.”

MANY DIFFERENT COMPANIES have tried to do something similar to what Whitcomb & Shaftesbury has done. It is easy to bring in Western trainers. On the whole, this does not work. The work product is inconsistent or the workers, after they have been trained, leave for various reasons and so the churn destroys profitability and institutional memory. Though he would not give specific numbers, according to Mahesh, the cost of making a Savile Row quality suit in India is vastly greater than one would expect. His explanation as to why Whitcomb & Shaftesbury succeeded surprised me and made clear how difficult the company’s process would be to replicate.

“Taking away fear is the hardest thing and the most important,” Mahesh told me over the phone. “These people are used to being treated badly, being cheated.” Among Indian tailors, “as soon as someone gets trained and can demand higher prices, he is fired and the apprentice who was next to him gets his job. That’s why there is so little teamwork.” Another problem among Indian tailoring houses is that every time a worker makes a mistake, his pay is docked. “For us, it is OK to make mistakes. Hopefully you make a different mistake the next time.” It was 9 at night in India when we spoke over phone. Mahesh sounded exhausted. Every day is a long day. Every day involves emotions and stress. “If somebody scorches an expensive piece of cloth, you have to view this as an opportunity to learn. You can’t shame people. In every single thing you have to show that you only care about doing things the right way.”

100 Hands is similar to Whitcomb & Shaftesbury in that the work culture is oriented around making employees feel valued. The pay 100 Hands provides is, of course, significantly greater than the market rate

What was it like to try to be calm during the eight years when no suits were being sold and money was rushing out, I asked? If he and his brother were afraid themselves, it must have been hard to not communicate that fear to the workers.

While Suresh said that he regularly second-guessed himself, Mahesh said that he wasn’t scared. “If you really love something and you do it to the best of your ability, then things are likely to work out.”

To me, this did not sound credible. My experience is that if I am spending a great deal of money, I begin worrying. When I pressed Mahesh on this point, he told me about his parents.

Mahesh and Suresh’s father was a member of the Indian Administrative Service. Their mother was the chairwoman for an organisation that worked with developmentally disabled children. Through their childhood, they were involved in their mother’s work, going to see poor families in desperate circumstances and being involved in the care of these children. Their parents’ example of service, especially their mother’s availability to people who were desperately unfortunate, is what they point to as one of their most formative experiences .

It was this sense of their tailoring work in India as a social cause which both Suresh and Mahesh say gives them emotional stability. Both are fans of Made in Japan, a book on the founding of Sony and how Sony began making world-class products in a country that was devastated by war. “It matters to us that India is where we are creating these extraordinary products.”

I asked Mahesh the difference between what the tailors who worked for him were like before they lost their fear, and after. He said that sometimes customers come to the Chennai factory to have a suit fitting. A tailor who had worked on the suit that was being fitted would, early in his time at Whitcomb & Shaftesbury, hide when the customer came in, almost as if he did not want to be held responsible for any fault. After he had been with the company for a while, the same tailor would expect to be introduced to the customer. He would begin loitering around where the customer was having the fitting done. If he were not introduced, he would be insulted.

This change in confidence, Mahesh said, was as important to him as the suits his company makes.

AKSHAT JAIN AND his wife Varvara are the founders of 100 Hands, which is located in Amsterdam . They have just had their first child and when you talk to them, you can feel their joy and excitement. These feelings spill over into discussion of their work and Varvara, who appears very humorous, has a teasing playful manner. At some point, she jokes that she almost wished they had lower standards because doing what they do is so hard.

100 Hands is similar to Whitcomb & Shaftesbury in that the work culture is oriented around making employees feel valued. The factory floor is covered in marble, there is air conditioning, and the employees appear to wear what look like white lab coats, almost as if to remind them that they are viewed with respect. The pay 100 Hands provides is, of course, significantly greater than the market rate. 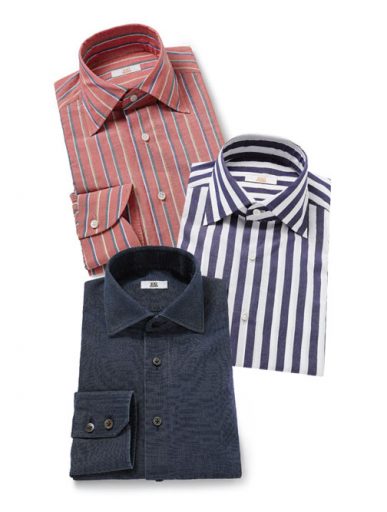 Also like Mahesh and Suresh, Akshat and Varvara are moved by the possibility of changing how India is perceived. And they too eased into the idea that what they are doing is a form of patriotism.

“At the start, it just seemed a good business model,” Akshat explained to me over the phone. His family has long been involved in the textile business and had had a small atelier where they had made shirts for friends and family. To Akshat, it seemed reasonable to take this family knowledge and try to move into the ultra-luxury market, especially by training less expensive Indian workers to an extraordinary level of competency.

The difficulty of training workers to aim for perfection has been extremely challenging. Many garments are begun, found inadequate and abandoned, and then started again from scratch. To allow their workers to focus, a shirt that is being constructed only moves in one direction across the factory floor, instead of being passed to the next employee who is available. Also, after every step in the shirt’s construction, the shirt gets ironed again. This allows the workers to be more precise. Still, even with all these precautions, there are challenges.

At some point, I ask Akshat whether an ordinary person can put on a 100 Hands shirt and immediately tell that it is better. He says that most people might not be able to. It takes some pre-existing knowledge to tell the difference between a very good shirt and an extraordinary one. Most people cannot appreciate the fineness of the stitching of buttonholes or how the hem of a shirt gets rolled. Because what 100 Hands is providing is in excess to practical use, it is almost a work of art.

Both Whitcomb & Shaftesbury and 100 Hands are open about their Indian origins: it is on their websites. And yet their names do not suggest that they were started by men whose last names are Ramakrishnan and Jain. Considering how admired both companies are, though, it is likely that the companies they are sure to inspire in India will be more direct in declaring their origins.

Akhil Sharma
Akhil Sharma is an author. His most recent book is A Life of Adventure and Delight 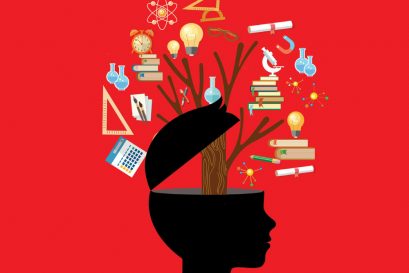 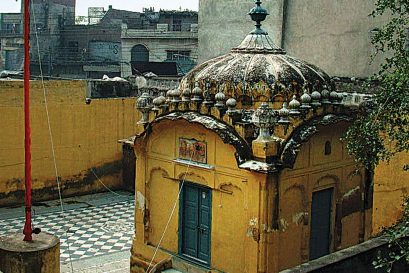 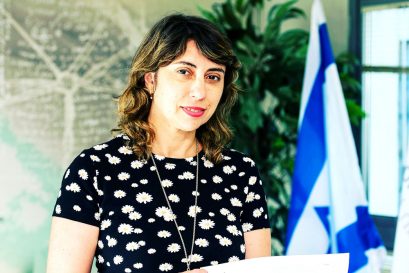