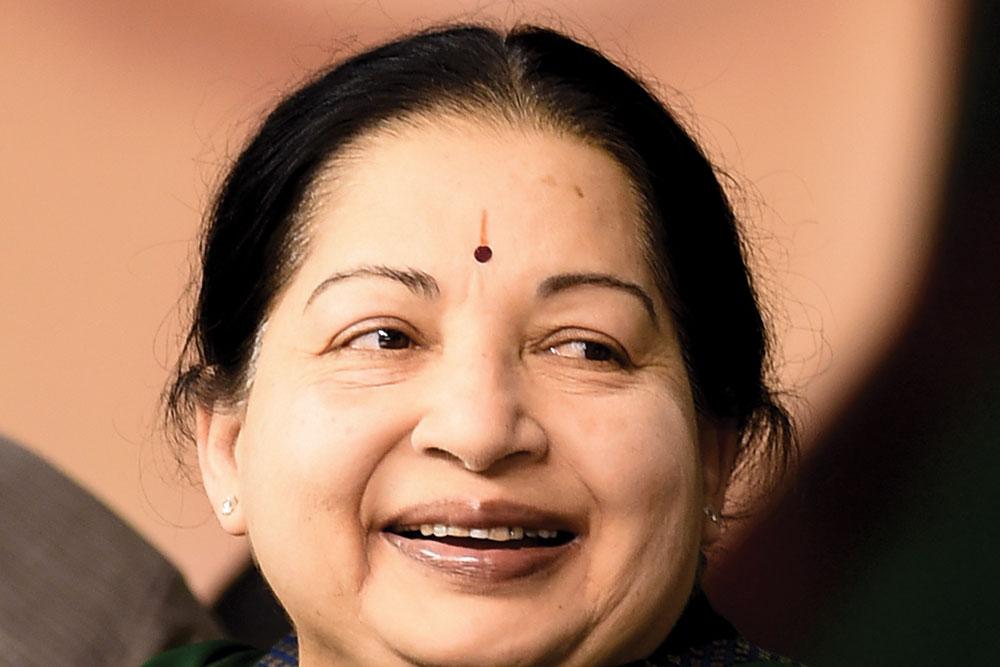 Twenty-one long years of legal battle, 259 prosecution witnesses, 2,300 exhibits in support of the case. The disproportionate assets case that nipped at J Jayalalithaa’s heels for much of her political life was a watertight case built on documents rather than on allegations, and yet, justice was inordinately delayed. The charges had been proved well beyond reasonable doubt. The chargesheet and the supporting documents had unveiled a chilling story of land grab and loot by absolute misuse of power. The court had been left with no choice but to pronounce the accused guilty.

Even a cursory glance through the case documents would yield enough reasons to justify the verdict. Let’s consider the testimonies of just two witnesses.

Prosecution witness no. 40. Gangai Amaran, a well-known music composer, singer, lyricist and the brother of Ilayaraja. In 1994, Gangai Amaran was visited by Bhaskaran, son of Vanitha, the younger sister of VK Sasikala. Bhaskaran said Chief Minister J Jayalalithaa wanted to meet him at her residence in Poes Garden. When Gangai Amaran met her, she received his flower basket and said nothing more. The rest of the show was anchored by Sasikala. She said: “Amma likes your farmhouse.” She was referring to the 22 acres of land at Payyavur, Chenkalpettu, owned by Amaran. That was their style. There was no scope for negotiation. Sasikala and Sudhakaran identified properties they wanted to acquire. The owner had no choice; for a paltry sum, he had to hand it over to Sasikala, either in her name or in the name of one of the 32 companies floated by Jayalalithaa, Sasikala and Sudhakaran. Gangai Amaran tried in vain to wriggle out of selling the land, saying that his family would object to it. However, he was made to part with the 22 acres for a sum of Rs 13,10,000 even though the property was worth about Rs 1.50 crore.

Prosecution witness no. 43, Nageswara Rao, was in debt. He owned an 8,000 sq ft multistory building in Mylapore, which was mortgaged for Rs 1 crore. Sasikala and Sudhakaran came up with an offer to settle the loan. Rao did not want to sell the property to them as he had found another buyer who was ready to pay Rs 2 crore. But it did not matter. A sum of Rs 5 lakh was transferred to Nageswara Rao’s sister’s account–the land was registered in her name–as advance and he was threatened with dire consequences until he gave in.

Though known as the Disproportionate Assets case, the allegations against the accused amount to a lot more than amassing wealth disproportionate to their declared income. Thousands of acres of land was grabbed, hundreds of people across Tamil Nadu had to bear the brunt of the brutal misuse of power by Sasikala and Sudhakaran in the period pertinent to the case–that is, between 1991 and 1996. The statements on record by government officers including registrars and sub-registrars and the supporting documents submitted as exhibits reveal astounding stories. They floated 32 companies of which most existed only on paper. The companies produced nothing and did not pay tax, but they had acquired around 5,000 acres of land, often for meagre sums (in one instance for Rs 75 per acre). There were 107 bank accounts in the name of these companies and they were used for laundering money. The defense lawyers could not refute any of this. There were statements of those who lost land, middlemen who facilitated deals and officers in the land registration department and documents in support of the same.

Knowing they were cornered, Jayalalithaa and her associates tried their best to slow down the course of the law. Right off the bat, Jayalalithaa challenged the authority of the Governor to sanction the prosecution against her. The three petitions on the same were dismissed in 1997 by the Madras High Court. Immediately after the special court was constituted, Jayalalithaa challenged the constitutional validity of the same, which too turned down by the Madras High Court. The appeal moved by her in the Supreme Court was also dismissed. Meanwhile, Sasikala, Sudhakaran and Ilavarasi filed exemption petitions which also ate up some time.

Despite all impediments, the case was shifted to a Bangalore special court in 2003 on a petition filed by K Anbazhagan, the general secretary of the DMK, who argued that a fair trial was not possible in Tamil Nadu with Jayalalithaa having come back to power. Indeed, after she became chief minister for the second time, the prosecution witnesses started turning hostile one by one, 76 of them, dealing a vital blow to the prosecution case. However, the trial proceeded in the Bangalore court. Jayalalithaa’s counsel sought time but the court refused to grant it to her. She took exemption from appearance several times citing health reasons. The judge, exasperated, warned the defense counsel that he would deliver the verdict ex-parte. The irony is that the verdict did come ex-parte, although nine years after his warning, in 2014.

Even after the case got transferred to Bangalore, Jayalalithaa did not give up. In June 2011, the Chief Secretary of Tamil Nadu issued an order for further investigation in the case and entrusted K Sambandam, the Deputy Superintendent of Police, with the same. The officer, who would later defect appear as a witness for the defense, submitted a sealed envelope to the judge, bypassing the then special public prosecutor BV Acharya. Acharya was not inclined to accept the necessity of further investigation in the case and the judge did not approve of the DySP’s conduct. The officer later tendered an apology. The Karnataka High Court later quashed the order for further investigation on a petition moved by Anbazhagan.

Sambandam would go on to do even more embarrassing things in court. He would appear as a defense witness and become the first investigating officer to turn hostile in the history of the Indian judiciary. Thus Sambandam’s depositions went unchallenged in the course of the trial. “It is a mockery of a criminal trial against a highly placed public servant that an officer in charge of the prosecution himself is examined as a defense witness against the interest of the very prosecution he is involved in,” K Anbazhagan said in his written arguments submitted before the trial court.

If someone deserves credit for bringing this case to its natural end, it is BV Acharya, the special public prosecutor appointed by the Supreme Court. The journey was not a smooth one for Acharya. In addition to the countless adjournments, Acharya had to bear with a private complaint that was filed in the Karnataka Lokayukta to probe his role in a private educational trust. The High Court, on a petition filed by Acharya challenging the case, not only quashed the proceedings but also slapped a fine on the petitioner for foisting a motivated case against Acharya. However, 15 years into his role as the special prosecutor in the disproportionate assets case, Acharya quit the position, marking the beginning of an era of malpractices intended to derail the case.

Enter Bhavani Singh, the new public prosecutor, who sought time to study the case, which was never granted as the proceedings had already eaten up 15 years. It was after Singh took over as special prosecutor that investigating officer Sambandam turned defense witness. He eschewed cross-examining Sambandam, which proved fatal to the prosecution case. He did not even challenge the Xerox copies of documents submitted by the police officer in favour of the accused. (The rule book permits only certified original documents in the court.) Additionally, in 2014, Bhavani Singh filed a petition seeking direction to produce the silver articles seized from Jayalalithaa. The court dismissed the plea with the observation that the special prosecutor had filed the same only to slow down the process. After a month, the trial court imposed a fine on the special public prosecutor for not resuming the arguments citing ill health.

Despite all these manipulations, the documents of land deals and bank transactions along with the honest testimonies of the parties affected helped build the case against the accused. On 27 September, 2014, the trial court convicted Jayalalithaa and others and sentenced them to four years’ imprisonment. It was the end of the first phase of a long battle. In the appeal, the Karnataka High Court got it all wrong and acquitted Jayalalithaa and others. In addition to an error in calculation, the High Court incorrectly added seven extra heads of income to Jayalalithaa and arrived at the conclusion that the extent of disproportion of her assets was less than 10% and thereby justified acquittal. The Supreme Court rejected this finding, taught the High Court some arithmetic and convicted Sasikala, Sudhakaran and Ilavarasi. A criminal case gets abated if the accused is dead. The law does not give room for any hypothetical question. Yet there is a pressing one that is one everyone’s mind. Would Jayalalithaa have been convicted if she were alive? The answer is a resounding yes.