A tryst with the midnight sun in Finland, a slow boat down the Amazon or a walk down Tahiti’s white beaches. This New Year is all about the new. So move over, Goa and Kerala 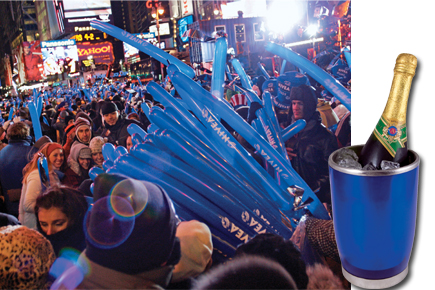 A tryst with the midnight sun in Finland or a slow boat down the Amazon. This New Year is all about the new.


This New Year’s eve, as the clock strikes midnight and ushers in a new decade, Soumya Sarin’s first words will be,“Hyvaa Uuttavuotta”. That’s Happy New Year in Finnish. And a happy New Year it certainly will be for the 29-year-old PR executive,as she sips delicate wines and parties in the snowy white stretches lit by a beautiful, pale, winter sun.

“This is not your ordinary New Year’s eve,” says Sarin, who says she’s determined to usher in the New Year in style. “It is a beginning of a new decade, a beginning of a new era of sorts, full of fresh opportunities and possibilities. And I plan to mark this historic occasion by partying the night away in a place that mirrors this freshness of spirit,” she says.

Move over Goa and Kerala, with crowded beaches and overbooked hotels. It’s time for the more exotic locales of Finland, Sri Lanka, Tahiti, Peru, Egypt and Brazil. This holiday season, it’ all about the unusual and extraordinary.

The average Indian traveller seems to share Sarin’s upbeat mood and is leaving no stone un­turned to ensure that the year’s most awaited night is an occasion to remember. No longer does he wish to jostle for space on the alpine slopes of Switzerland or spend New Year’s eve danc­ing in the queue outside a popular nightclub in Thailand. He wants a night of cheery revelry and unforgettable experiences in a place that hasn’t been choked to death by masses of the big fat Indian family.

“I spent the last New Year’s eve on the road in Bangkok, trying to make my way through the huge crowds. By the end of it, I was simply ex­hausted by all the effort. And I was on holiday!” laughs Ashish Kohli, a marketing executive with a well-known MNC. So this year, he wants to spend New Year’s eve at a place which will offer panoramic views, virgin beaches and a night of endless festivities. “So, I am heading to Sri Lanka with my family. I have opted for a customised tea plantations tour after which I plan to usher in the new decade on a cruise,” he says.

And it’s not just Kohli who’s taking off for Lanka. The tropical island nation is the choice of many a end- of-the-year holidayer. In fact, the maximum number of queries are not for far-off places but for Lanka. “It is the most sought after destination for this New Year’s eve celebrations, with every third query being for Sri Lanka. Ever since the LTTE clean-up, people have been queu­ing up by the dozen to experience the unique culture and heritage to this country,” explains Nikhil Thakurdas of Odyssey Travels.

For most Indians, the party will be at the royal city of Kandy with its amalgamation of history, culture, traditional shops and urban buzz. And those who wish to welcome the year on a quieter note are heading to Arugam Bay, replete with picture-perfect hamlets, great lagoon trips and awesome surfing opportunities.

Dubai may be making headlines for all the wrong reasons, but the Indian traveller can’t seem to get enough of the cocktail of glitz and glam­our in this city. Despite the recent bust-up, tour­ists who have already booked their tickets for Dubai are still going ahead with their plans. “Like Singapore, Dubai too lives from one festival to an­other. Hotels and malls are going ahead with the planned celebrations, despite the reported real estate depression,” says Thakurdas.

Jumeirah Beach, complete with lavish gala dinners, rocking concerts and extravagant fireworks displays, is the place to be on the big party night. “People are also opting for the Singapore-Maldives cruise. The Louis Cruise Liner, the first liner to operate in India after Star Cruises shut shop in the country, is also quite popular,” adds Thakurdas. And it’s not going to make that much of a dent in your bank balance either. Three nights on the cruise ship, from Cochin to Colombo or the Maldives, comes for Rs 17,550 per person.

Thirteen grapes at the witching hour is the stuff of celebration in Lima. That’s how Peruvians usher in the New Year and that’s what many adventurous Indian travellers will do this year. According to a Peruvian custom, these thirteen grapes assure good luck. Prospects of visiting the Inca citadel of Machu Picchu, grooving to the Peruvian beats at the New Year carnival, sampling the local delicacy of ceviche or raw seafood marinated in lime juice, embarking on a panoramic train ride through the Andes and taking the slow boat down the Amazon are just some of the attractions that are steadily nudging the Indian traveller to visit this spectacular country of special rewards.

If you are still on the crazy New Year customs trail then head to Helsinki in Finland. As the bells toll at the Helsinki Cathedral, heralding the arrival of the New Year, you’re supposed to melt a piece of tin on a spoon. The molten tin is then quickly dropped into cold water, where it forms a shape that is said to foretell your future.

But no matter what shape the future holds, Helsinki is a great place to kiss the year goodbye. The thing to do is to get invited to a private party by a local Finn. Pulsating music, great seafood and delicious local drinks—it’s a glimpse into the heart of Finland. Those interested in spending a white New Year can head to the snowy stretches of Lapland. A dreamy stroll under the midnight sun, a rendezvous with a lynx in an enchanted wood and tea with Santa Claus; Lapland offers this and much more.

Countries are going out of their way to brand themselves as the perfect party hotspots. “Nations like Egypt and New Zealand have been marketing themselves as the ideal New Year destinations and it is no wonder that a bulk of Indian tourists are headed to Cairo and Christchurch this year,” says Ashutosh Mehere of Cox & Kings. The Cairo itinerary usually takes you through Luxor and Aswan, and combines sightseeing with New Year bashes aboard the cruise.

New Zealand is the ideal place for travellers who are looking for a more wholesome experience, something more than just that one explosive night of dance and music. In fact, the country is marketing itself as the destination for those seeking thrill and adventure. A guided tour to the glow worm caves in the Waitomo region, a trip to the Te Puia Thermal Reserve, a journey aboard the Tranz Alpine train, bungee jumping, jet boating and white-water rafting—New Zealand is all this and more.

Yet another destination that’s making its way into the itineraries of Indian tourists is sunny Cyprus. This ‘island of Aphrodite’ has become quite the favourite for young couples who wish to welcome the New Year on a romantic note. There is a boisterous side to Cyprus as well. Step onto the Finikoudes, the promenade in Larnaca, which will be hosting open air celebrations this year. With free drinks, spectacular fireworks and sumptuous street food, New Year’s eve celebrations don’t get much better, not to mention more boisterous, than this. “Cyprus is the closest European destination for Indians. Its balmy Mediterranean climate makes it an ideal holiday spot. English is widely spoken here as it was a former British colony. And moreover, there are more than 19 Indian restaurants which make it even more comfortable for the Indian traveller,” explains Mehere.

If it’s culture that’s on your mind, try the French Fantasy tour by Thomas Cook which will take you on a leisurely holiday to Paris and Nice. You start by seeing the famous sights of Paris, like the Place de la Concorde, Champs Elysees and Arc de Triomphe and then drive on towards the 16th district, which is one of the most prestigious areas of Paris. After a luxurious cruise on River Seine and a trip to the famous Eiffel Tower, you proceed to Nice, Monaco and Monte Carlo for a night tour. You could enjoy a carefree stroll down the streets of Monaco with its quaint little cafes and eateries or try your hand at any of the famous casinos. New Year’s eve could be spent in the legendary Moneguasque Opera, which has staged works by authors such as Bizet, Franck and Massenet since its creations in 1879. And if you’re in the mood for some swing and swirl, the Summer Sporting Club and Jimmy’z Disco are the places to be.

NO PRICE TOO HIGH

The excitement of ushering in a new decade has the usually cautious Indian traveller in an extravagant mood. A trip to the fragrant citrus orchards of Cyprus or a walk down the sugary white beaches of Tahiti comes with a hefty price tag, but the Indian holidayer doesn’t seem to mind loosening his purse strings for this. So what’s hefty? Well, here’s a lowdown. Spending six days in Tahiti could mean shelling out at least Rs 1.5 lakh per person while a fortnight-long trip to the ancient cities of the Incas in South America could cost around Rs 1.4 lakh a head. Breathtakingly beautiful New Zealand may be, but it comes at a price. An eight days/nine nights trip will set you back by about Rs 1,10,000 per person on a twin-sharing basis.

But for the avid traveller, it is the experience that matters, no matter what the cost.

No matter where the Indian reveller is headed, be it right in the neighbourhood or across the seven seas, everyone hopes their New Year experience will be a special one, the harbinger to an exciting and pleasant decade ahead. As a poet once said, “For last year’s words belong to last year’s language, and next year’s words await another voice. And to make an end is to make a beginning.”