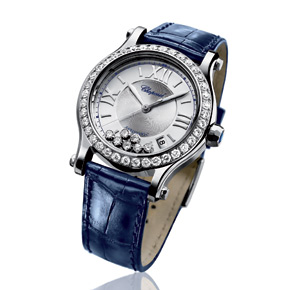 While most of his colleagues and friends bond over cars and gadgets, for 38-year-old Amit Chand the mention of the word ‘watch’ gets him started on the 15 he owns, the favourites being the Swiss ones. “I have a Raymond Weil, a TAG and a Longines along with a couple of others,” says the Bangalore-based fashion retail professional. “Swiss watches are classic watches that look good when you go to work or on formal occasions.”

Chand remembers the time when he bought his first luxury watch, a TAG Heuer from the Carrera series that cost him about Rs 1.5 lakh, four years ago. Since then, he has been hooked. “I am basically an impulsive buyer,” he says, the latest impulse being a Raymond Weil for Rs 1.8 lakh. “If I see an ad in the papers or in a magazine and I like the watch, I usually go and buy it.”

From the 50s, when India’s first president owned his 18-carat pink-gold Rolex Oyster (later stolen from Dr Rajendra Prasad’s memorial in Patna, only to return several years later in an international auction at $ 444,000) to Chand’s impulse buy Longines, the Indian luxury watch market has come a long way. It was estimated at Rs 1,000 crore in 2013, and continues to burgeon. While there has been a slump in purchases over the last year, largely due to heavy taxes and the economic slowdown, industry experts presage a growth of 20 per cent in the year ahead.

“The beginning of the year has not been so good but we see things improving now, with measures being taken by the government against sales in the grey market and hopes of a general bump up in the economy,” says Franck Dardenne, General Manager of Louis Vuitton Moët Hennessy (LVMH) Watches and Jewellery Pvt Ltd in India, to which TAG Heuer belongs. According to WorldWatchReport, a global report which tracks the demand of consumer and luxury products through internet sales and online searches, interest in luxury watches in India has increased by 12 per cent, despite a slump in sales. China, at 60 per cent, leads in Asia. Rolex and Omega continue to be the most popular, perhaps owing to a longer presence in the Indian market, but brands like TAG are also showing a growth of 8 to 9 per cent since last year.

In the luxury market, diamond studded straps and 24-carat dials are essentially considered a women-dominated segment, but watches have also become fashion accessories for men. In fact, more than two-thirds of the watch segment is dominated by men. Swiss watchmakers IWC currently market only male watches in India and will enter the female segment later this year. Meanwhile, prices of limited edition watches can notch up to crores of rupees. The luxe often lies in the detail. In a luxury watch, complications like the display of multiple time zones and phases of the moon also matter—the price goes up according to how many there are!

In 2011, Hublot, the luxury Swiss watch brand, brought out a limited Rose Gold watch to mark the first Indian Grand Prix at the staggering price of Rs 23 lakh. All 200 pieces were sold off. Similarly, Chopard’s diamond studded LUC Tourbillon Lady can cost up to a whopping Rs 2.47 crore. Jaeger-LeCoultre’s Grand Reverso watch, manufactured for British soldiers in the Indian army in 1931, is a popular choice in India and is pegged at Rs 4.35 lakh, roughly.

According to Mumbai-based retailer Viraal Rajan, whose boutique Time Avenue is popular with Bollywood stars, in the luxury watch industry, Indians are more than willing to spend and experiment with different styles and brands. “Indians are increasingly favouring luxury brands like Audemars Piguet and Richard Mille,” he says. Like in every other aspect of the luxury industry, tastes are only expanding.