The Scientific Case against Astrology

Extensive tests, including one by India’s most famous astrophysicist, confirm that astrology is a hoax. 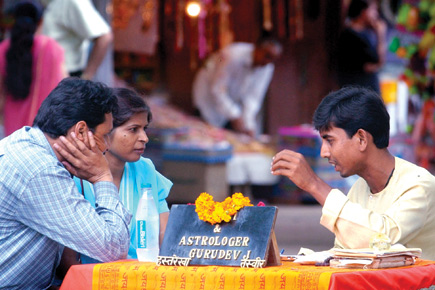 Extensive tests, including one by India’s most famous astrophysicist, confirm that astrology is a hoax.


Long before Rudolf Smit became a turncoat, and was still a believer in the predictive powers of astrology, having even set up a professional association of astrologers in Holland, he had a meeting with a client whom he names Ms Johnson. He was reading what the stars had in store for her. It was a good reading, and she was often interrupting him to exclaim how right he was. At one point, Smit said something along the lines of, “Well, Ms Johnson we…’ when she interjected, “Sorry, my name is Petersen, not Johnson.” It wouldn’t have mattered too much, except that the horoscope that Smit had before him was Johnson’s. He was reading the wrong person and she had been in wholehearted agreement with him. Being a man of integrity, the question bothered him: how could he have made a correct reading with the wrong person’s charts?

This was not the only thing about his chosen profession that disturbed Smit. Around that time, the late 1970s, the first home computers made their appearance. Using a software developed by a friend, Smit began to test out assertions made in astrological text books. Smit recounted his experience in an article: ‘For example, I tested the statement that in the charts of people who had died an accidental death, there would be a remarkable incidence of Progressed Ascendant to Mars, or of Progressed Mars to the Ascendant. Sure, there were a few (but the word says it all: a few), hence not an overwhelming number which could confirm the textbook statement.’ His faith was being tested, but it would take some more years before he finally understood how he had been deluded.

The world of astrology is a trisect—there are believers, there are non-believers and then there are those who really don’t care until they are asked to marry a tree before their marriage to a human and do so without flinching. Dr Jayant Narlikar, India’s most famous astrophysicist, is squarely in the second category. In 2008, he decided to put his non-belief to scientific test. It was not an original idea. He was aware of a test conducted by Bernie Silverman, a US doctoral student, published way back in 1971. Silverman had taken the horoscopes of 2,978 happily married couples and 478 divorced or separated couples. The horoscopes of the couples were cast and two astrologers were asked to decide whether they were compatible. When astrological compatibility was compared with real life compatibility, it didn’t match. “I wanted to have a similar work under similar conditions,” says Narlikar.

But Narlikar and his co-researchers couldn’t replicate Silverman’s test for two reasons: India didn’t have as many broken marriages as the United States and the experiment needed a large number of couples. So they decided to test another claim of astrology—the prediction of a person’s mental capabilities.

In 2008, volunteers of a Satara-based rationalists’ association, Andhashraddha Nirmulan Samiti, collected birth details of 100 children who had been certified intellectually bright by teachers and 100 mentally retarded children from special schools. The former would be group A and the latter group B. Using the birth details, an ex-astrologer from among them prepared the charts of these students. Since they were all convinced that astrology was bunkum, they made the experiment a double blind so that the experimenter’s bias did not creep in. A code number was therefore assigned to each chart to identify who it belonged to, but neither the experimenter nor those participating in the experiment could identify the case from the code number.

The next step was to organise a press conference and ask astrologers to participate in the study. Twenty-seven took up the challenge. They were given 40 random charts and birth details and asked to say whether they belonged to group A or B. They didn’t have to get each one correct. Even if any of the astrologers got 28 of the 40 charts correctly identified, the rationalists would grant that astrology had some basis. But the best performance was 24 correct identifications. The average score was only 17.5. This was far worse than tossing a coin. Astrology had not worked.

“The common reaction of leading astrologers was that those who participated were incompetent, hence the test is inconclusive. However, we had one astrology society participate and they also failed the test. Surely, a society of professionals cannot be incompetent,” says Narlikar.

It could be argued that a test involving 200 children is really small if you want to disprove a whole stream of knowledge. How about a sample size of an astounding 20 million? That was what Dr David Voas of the University of Manchester looked at when he conducted the largest astrology test (the paper was published in March 2007) ever on a phenomenon every teenager has wasted her time on—love signs or the idea that couples will be more compatible depending on their zodiac—the Linda Goodman universe. As a senior research fellow with the University’s Cathie Marsh Centre for Census and Survey Research, Voas had data for the 2001 Census of Britain and Wales. He looked at the marriages of 10 million couples. But to devise a test about love signs, he had a problem—there was no unanimity among astrologers on the compatibility of the signs, so what was he going to test?

Voas worked around it. He wrote in his paper, ‘In this research I look for evidence that any combination of signs is found more or less often than would be expected to occur by chance.’ Having sifted through the data, there was not a single combination which was greater or less than chance. ‘If there is even the smallest tendency for Virgos to fancy Capricorns, or for Libras to like Leos, then we should see it in the statistics,’ he wrote. The only conclusion to be made was that astrological signs had no bearing on people getting or continuing to remain married.

The tests need not always be as large or rigorous to make a point. It could use a gimmick, and that too has been done in the sceptic’s offensive against astrology. In the 1960s, a French psychologist and statistician Michael Gauquelin mixed the charts of ten murderers who had been hanged with ten average citizens, and invited astrologers to identify them from the charts. Predictably, the few astrologers who took up the challenge failed miserably. But in another test, he showed how people are desperate to believe in astrology.

He sent 500 people what they thought was a reading of their charts and asked for their response. About 95 per cent of those who replied said that the chart was in agreement with their life and character. But what they had read was actually the reading of the horoscope of Marcel Petiot, a serial killer. Twenty years later, an ABC anchor pulled a similar trick in public. He invited a noted astrologer and gave her a serial killer’s charts. The astrologer’s descriptions included “enormously bright… great charm… a sense of moral propriety…” The anchor then passed on the reading to 20 students from whom he had collected charts earlier and said this was their reading. All felt that the astrologer had got it spot on.

In the annals of turncoat astrologers who used science to refute their former profession, the most renowned is Geoffrey Dean. Once one of Australia’s foremost astrologers, he is now the critic of first recourse, having for over three decades conducted studies which usually question the basis of astrology. He did a study which had for its premise a simple question: if the arrangement of the stars influence the traits of human beings, then the lives of twins born just a few minutes apart should be alike. ‘Time twins are thus the definitive test of astrology because errors or uncertainties of birth chart interpretation are avoided,’ he and his co-author wrote in a paper. They used the data of another study, unrelated to astrology, which had kept track of 2,101 twins born, on an average, 4.8 minutes apart in March 1958. The children had then been measured again at the ages of 11, 16 and 23 for 110 variables which included IQ, anxiety, height, weight, music, sports, occupation, marital status—characteristics which birth charts claim to predict. The results showed that ‘time twins’ were not more alike than expected by chance.

But if astrology is scientifically impossible to prove, then why do people believe in it? Because it gives them a crutch against the unknowns. But why do honest astrologers practice it? Rudolf Smit’s great moment of truth came in the mid-1980s when he met Geoffrey Dean and was given to read the draft of an article that the latter was writing on using astrology as an instrument of counselling. As Smit read through it, he realised that he was so good at his job because he was unconsciously using non-verbal cues from the client to tell them exactly what would make them happy. Dean had listed 34 such factors of ‘personal validation’, which included: watching eyes and hands for signs of agreement, being a good listener, flattering and telling only what the other person wants to hear. Smit believes that the majority of astrologers, at least in the West, are like him—men who delude themselves but have no intention of cheating.

Rationalists believe that astrology should not exist because it is not only baseless, but also harmful. “Astrology can lead to irrational decisions, postponement of necessary action and action that may be harmful to individuals,” says Narlikar. Narlikar is among the many quoted by Bhagwanji Raiyani, a Mumbai-based rationalist, who has filed a public interest litigation that seeks, among other things, the banning of all astrological predictions in public.

In January, an ashram in Mumbai celebrated its annual day by inviting astrologers. Raiyani decided to attend. After the speeches, he announced a challenge. “I said you give me 12 predictions for every month-end about the movement of the Sensex, of inflation as per the price index, and the quantum of rain [in some of the main cities of India].” Predictably, no one responded.But challenges and scientific studies will do nothing to shake a believer’s faith. Voas, who did the love signs study, commented after the publication of his paper: “I’m under no illusion that these findings will undermine astrology’s popularity. The enthusiasm for zodiac-based personality profiling seems undiminished by hundreds of previous studies debunking astrology.” Science can go far, but never far enough to test faith.