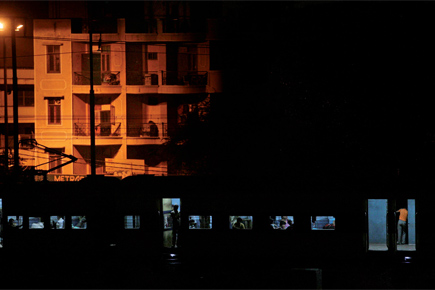 The Libyan writer Hisham Matar’s father once told him: “Rome is for people who know what they want and are comfortable with it. New York is for those who have no idea what they want.” I suppose, in my case, I could draw the same comparison between Kashmir and Delhi.

Kashmir was the old country. It is where my father, and his brothers, and his friends knew what they wanted and were comfortable with it. On a particularly harsh winter morning, Father would look out of the window and declare that it was too cold to go to work. That was it. To the best of my knowledge he did not harbour any worldly ambitions. He was happy with the remuneration his job brought. He would then stay home and spend the day with his brothers, who would also have bunked office, reminiscing about their childhood days back in my grandfather’s village. During summer, when there was no cold to afford an excuse, an uncle might sometimes let out a sigh and say: I wish curfew were declared today for some reason.

When the curfew finally came, it brought exile.

I have now been more in Delhi than in the old country. Seventeen years have passed since I arrived here. I had no idea what I wanted then. I have no idea what I want now. I am not new country material; I was always old country. May be a few things have changed. Of course they have. Like Graham Greene writes somewhere: ‘Wherever you live, whatever the form of violence is there, it becomes simply part of your life and the way you live.’ I had seen violence in the old country. In the new country, I saw a different kind of violence—violence that was not physical but bludgeoned your inner grain till it suffered alteration. It battered me as well. But because of the old country, some things stayed. My core remained basic; it remained primitive.

Gradually the new country settled inside me. Or so I thought. With my first salary, I bought a book: the memoirs of Safdar Hashmi’s mother. I learnt to ignore the dread and instead cling to what could be salvaged. In those days there were no Café Coffee Days, but there was Wimpy. There were no malls, but the lawns of the National School of Drama offered solace to lovers. There were no multiplexes, but holding the hands of your beloved in Chanakya cinema would rid the heart of triglycerides. Mosquitoes would still dread Tortoise coils.

But I still couldn’t relate to Led Zeppelin. And with no one in those pre-Google days could I share the joy of finding the entire lyrics of Gulzar’s ‘Ek hi khwaab kai baar dekha hai maine…’ in an old copy of Filmfare at a barber’s shop that I tore quickly and ran away without a haircut. Not even with the young married woman who kept me afloat with her kisses and taught me what shoes to wear with formal trousers and even bought me a pair from the South Extension market. She was very kind. When she was no longer with me, I would try to find traces of her kindness in Sona Rupa, a bar on Janpath that always reeked of stale beer.

A few years later, I was considered a new country veteran. But inside of me, I had that sprawling old country. In the new country, I always tried to assure others, who like me felt unsettled here. So, every now and then a friend and I would check on Rama Kant Pandey, who lived in Ber Sarai, that civil-servant-aspirant ecosystem next to IIT-Delhi. He had topped the first year exam at a regional engineering college and then fallen in love. It went unreciprocated. RK, as we called him, had taken seven years to finish his degree, and then come to Delhi to prepare for the Civil Services. That too would elude him as did love and the new country. We went to him to pull him out of despair—despair so dense that one night in a drunken stupor he climbed on to a BPL TV billboard near Nehru Place bus terminus and painted on it with grease: ‘Sab kucch adhoora reh gaya, Pandeyji’. To cheer him up, we would take Sandpiper beer with us, which we consumed in a field behind Ber Sarai, watching flights land and take off from Delhi airport, and loudly singing ‘Hum pyaar mein jalne waalon ko, chain kahan, aaram kahan…’ Sometimes RK emerged from his despair, after which he would laugh and invariably tweak a line from that Sahir Ludhianvi song: ‘Kal aur aayenge nagmon ki khilti kaliyan chun-ne waale, tumse behtar kehne waale, mujhse behtar sun-ne waale.’ If he did not, he would look at the scoreboard in the field and say: “Boss, pyaar na diode hai; one way hai saala’.

Ultimately, RK went back to the old country where, last heard, he was running a computer institute.

I stayed back. My Hindi improved. My English did not do so badly either. But I stayed away from Led Zeppelin. I stuck with Lust for Life. And Sahir. And pyaar. I made friends—friends who sell plastic for a living and write poetry. Friends who have become parents. Friends who are diabetic. Friends who have witnessed neighbours killing neighbours. Friends, who after having too much alcohol, sing in Russian.

Sandpiper beer is no longer available. Many friends have moved on. Many lovers have moved on. Their memory has stayed. Their kindness, too. Sometimes you go to Facebook to check on them, to see how they are faring in life. From their posts and pictures, you get signals nobody else does.

At times, when the ways of the new country become too oppressive, you just sing. The same old songs with old meanings—old country meanings.