The End That Wasn’t

The visual history of a cataclysm that never happened 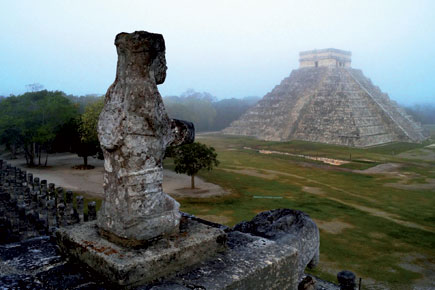 The visual history of a cataclysm that never happened


If you are reading this, you clearly survived it. 21 December 2012 had come to mean many things to many people. Its significance lay in its place in the Mayan Long Count Calendar, according to which the 21st marked the end of a cycle of time that began on 11 August 3114 BC. Most Mayan scholars will tell you there was no indication the calendar would end in catastrophe. The 21st just happened to be the day on which the calendar completed 13 baktuns—periods of 144,000 days each—thus ending the current cycle of time. Sort of like 31 December marks the end of a year. While Central Americans celebrate the end of the Mayan 4th era, people elsewhere are resolutely freaking out. A look at some of the ways people are reacting to this year’s December solstice, the shortest/longest day of the year, depending on which side of the equator you call home 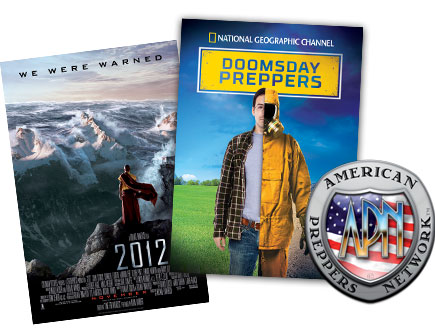 Despite NASA’s early release Told-You-So YouTube video, addressing viewers on 22 December to tell them why they didn’t all die, many Americans would rather be safe than scientific. They clearly found the Roland Emmerich film 2012 more convincing. Celebrating their bids for survival is a National Geographic television show called Doomsday Preppers, which showcases the efforts of various Americans to prepare themselves for disaster, one of whom has built a fortress of shipping containers in rural Texas. Some preppers, however, weren’t too happy about all the attention. The American Preppers Network criticised the show for portraying preppers as paranoid crazies 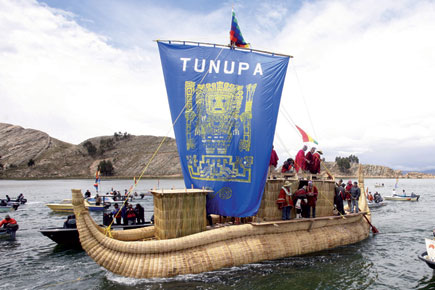 In Bolivia, priests made offerings on Lake Titicaca to begin six days of celebrations to commemorate the end of the Mayan calendar (Photo: REUTERS) 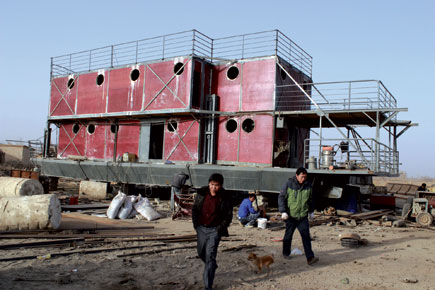 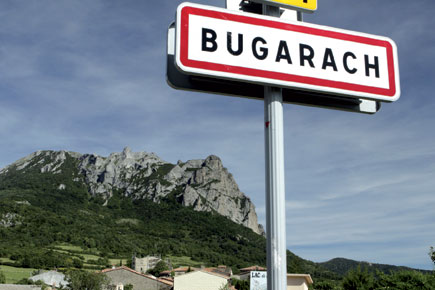 French officials had to shut down the tiny village and adjacent peak of Bugarach in the French Pyrenees to fend off an influx of people who believe one of several rumours about the mountain: that it contains doors to other worlds, that aliens will return to it on Judgment Day, or, best of all, that the mountain contains a spaceship that will enable them to escape a collapsing earth. Some of the burden of rumour was shared by Mount Rtanj in Serbia, about 200 km from Belgrade, also believed to harbour an extraterrestrial escape route (Photo: AP) 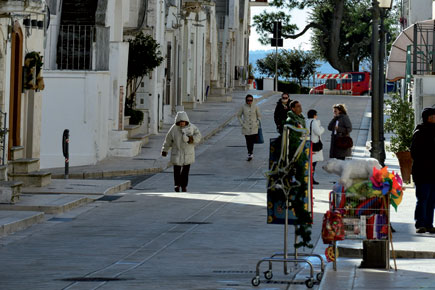 Cisternino, a town in Italy’s southern Puglia region, was believed to be one of the few places that would survive D-day. Who believed this? Followers of an Indian guru, known simply as Babaji, who set up an ashram in the town in the 1970s, and believed it would turn into an island come the end of the world (Photo: AFP)

Although the New York Times had us believe that Russians were in the grip of a mass frenzy—or, in the case of a certain women’s prison, a ‘collective mass psychosis’—the emergency kits sold in the Siberian city of Tomsk contained a meagre set of supplies—candles, matches, soap, vodka—that may have proved inadequate as aids to survive the apocalypse. Except the vodka. The vodka would probably have helped 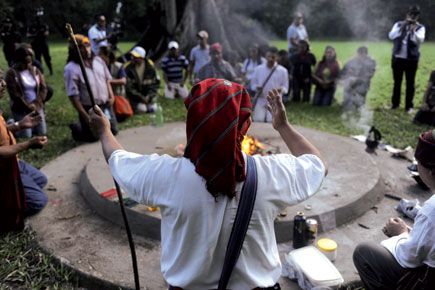 A shaman performs rituals to mark the occasion at the Quiriguá archaeological site, home to several Mayan monuments, including Stela C, which bears a reference to the beginning of the current 13 baktun cycle ending on 21 December (Photo: AFP) 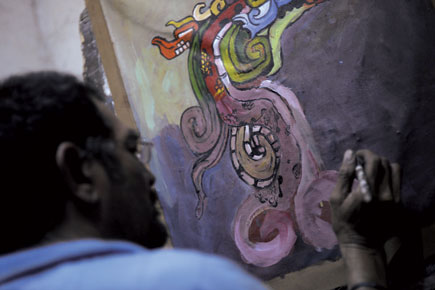 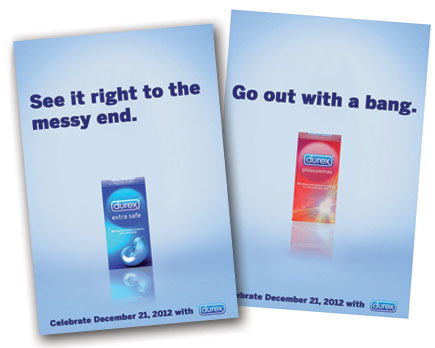 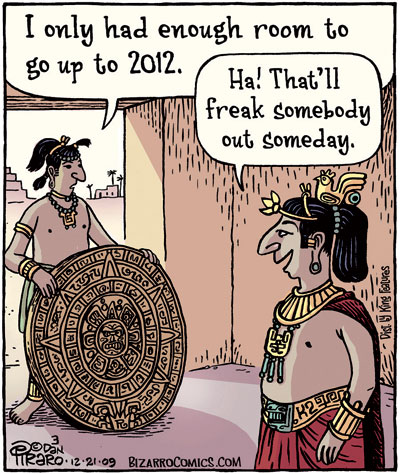 Social media has been agog with apocalyptic gags—memes, cartoons, tweets… you name it 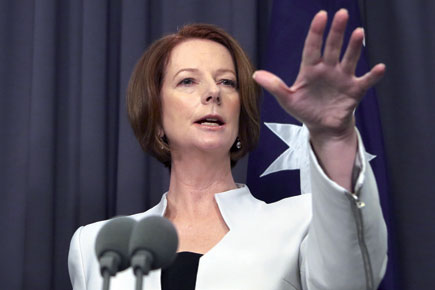 Aussie Prime Minister Julia Gillard confirmed the end of the world—and her candidacy for the Coolest Head of State Award—in a deadpan mock address that did rounds of the internet. In the video, she reassured her “remaining fellow Australians” that “whether the final blow comes from flesh-eating zombies, demonic hell-beasts, or from the total triumph of K-Pop… I will always fight for you to the very end.” (Photo: AP) 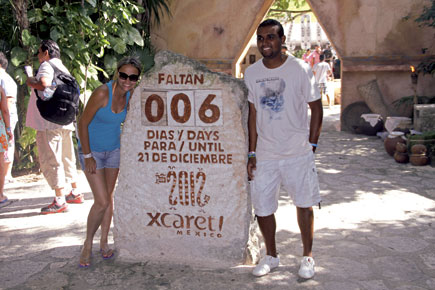 Cheerful tourists count down the days to the 21st at a theme park in Playa del Carmen in south Mexico. In the capital city, a chef made special End of the World truffles with local fruits such as mango soaked in mescal (Photo: AP)

In an effort to induce a ‘collective shift to a new way of living’ and deliver a new era, the Birth 2012 movement organised several events across the globe, including ‘12 waves of unity’ to be staged every two hours leading up to the ‘birth moment’ at noon Pacific on 22 December. These will include “synchronised meditations, prayers, songs and practices worldwide, ranging from a Havdalah prayer from Jerusalem to ‘One Billion Oms’ led from India to a world peace prayer ceremony from Mt Fuji and a global Yoga Wave.” 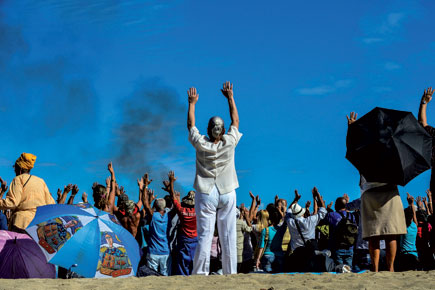 In Cuba’s capital Havana, people gathered on the beach to participate in Mayan rituals to celebrate the beginning of a new era (Photo: AFP)