S Kumar’s Nationwide Ltd is among those bidding for the bankrupt Hartmarx, the Chicago-based apparel firm that counts US President Obama among its clients 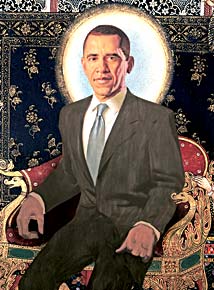 
S Kumar’s Nationwide Ltd (SKNL) and British private equity firm Emerisque had made a joint bid for Hartmarx, the Chicago-based high-end apparel firm that counts US President Barack Obama among its clients. Now, US judge Bruce Black has approved the sale of the bankrupt firm. The deal is expected to be closed on 7 July.

When Open contacted chairman and CEO of Hartmarx, Homi J Patel, he chose to be tightlipped about the deal though he paid tributes to S Kumar’s. Calls and emails to the Mumbai office of S Kumar’s were not returned.

The top coat, tuxedo and suit Obama turned out in for his inauguration on 20 January bore the Hartmarx label. Earlier, when he gave the acceptance speech after his victory in the presidential polls on 4 November 2008, he was in a Hartmarx suit. Interestingly, three days after Obama’s swearing-in, the suit maker filed for bankruptcy, paving the way for a surprise Indian bid.

However, Patel says, “Our brands Hart Schaffner Marx and Hickey Freeman, which are over 100 years old, will certainly continue and we have been assured by the buyers that they will be made in the USA.”

Hartmarx had accepted the joint bid worth $119 million of SKNL and Emerisque on 22 May. But Wells Fargo, the main lender to Hartmarx, opposed the offer saying it was too low. A raised bid of $128.4 million was then cleared by a US bankruptcy court on 3 June. Open invited art director Naved Akhtar of Shop to imagine a campaign for Hartmarx after the S Kumar’s takeover. He came up with the image of Obama seated like a Mughal emperor. And the tagline: ‘Tailoring the image of the US’.