It’s coming our way. But it’s not entirely beyond our control. So where will we take our apps? And where will they take us? 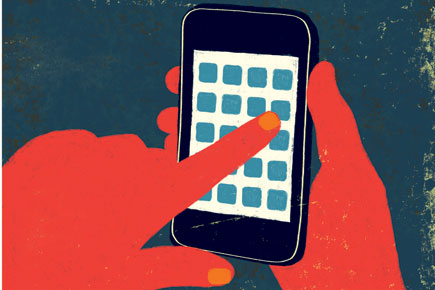 It’s coming our way. But it’s not entirely beyond our control. So where will we take our apps? And where will they take us?


Farmers in Maharashtra recently banded together on Facebook and managed to double the price they charged for their turmeric. They now get Rs 8 instead of Rs 4 per kg. All because Atul Salunkhe, a 31-year-old farmer from Sangli, Maharashtra, had opened a Facebook account to catch up with his college friends. Soon, he found himself interacting online—via his mobile phone—with fellow turmeric farmers in Maharashtra and Andhra Pradesh, and they found they all had the same thing on their mind. An app aimed specifically at farmers for price coordination, were someone to create one, would have been a laughable idea just a few months ago. No longer.

That the mobile handset—or tablet computer for big-screen addicts—is the new PC is obvious to everybody by now. But is there a special app, with its own little icon on the screen menu, in store for everything we do? This prospect struck me when I met a college friend, now a PR professional in Bangalore, the other day. His iPhone had over 100 apps. About half of them were his son’s favourite games, and among other things, he had downloaded free apps for social media, photo morphing, news channels, education, and of course, porn. He was proud of the over 500 books he had downloaded with his Kindle app.

Apps, it seems, are the hottest thing in popular technology since the apple-barrow got a wheel. What’s so hot about apps? Explains PR Rajendran, an app developer and founder of Nextwave Multimedia: “Going to a website is a pain. One of the reasons for the ‘appification’ of the internet is the ease it offers. I don’t have to launch a browser and type the URL… Take any product. Try an app and then try the website, and see which is better. You can’t beat the [app] experience.”

An avalanche of apps is coming our way, and resisting it is futile. In realisation of this, I set myself a target of 200 apps to download onto my PC, if only to beat my Bangalore friend at the numbers game. And then it hit me—not the avalanche, but doubt. When was the last time I downloaded any app on to my PC? I don’t use even Media Player anymore. All I do is go to YouTube. So, will there be a day that apps are rendered redundant?

Yes and no. “We see two emerging trends: first, many applications—increasingly built on web standards—will migrate from app stores to regular websites, and for some sites, you won’t need an app at all,” says Mark Beccue, senior analyst, ABI Research, a market intelligence firm that specialises in global connectivity and emerging technologies, “In addition, more and more popular applications will be preloaded on mobile devices. Social networking apps in particular will be preloaded on new products.” So, apps are here to stay, even if our fondness of them yo-yos as we go along. Much will depend on how they evolve.

As you read this, the mobile industry is witnessing a grand debate over native apps versus web apps. Native apps are those that are customised to each handset and are summoned from the recesses of your gadget’s memory when you want to use them. These apps use the device’s full processing power and can thus provide an eminently rich user experience. It is these applications that most people talk about when they talk apps.

Web apps, on the other hand, are what you download from the internet to play games like Farmville, for instance. These hook your device up to a web server every time you run them. Today, when you get a Facebook app, this is what happens on your phone: the app gets most of its data off a remote server, the one that holds your FB account information, while running only a tiny piece of software on your mobile.

Light apps taken off the web work fine. Heavy apps, though, are another story. Given the current state of mobile networks, even with ‘fast’ 3G networks, running such an app straight off the net is a bother. Just try watching the next India-Australia match on your 3G handset—it’s mighty expensive, if not always awfully slow. With stronger and faster connectivity, off-the-net apps may do a better job. But for now, there is a big performance gap.

Technically too, since web apps must be designed for all sorts of devices, they cannot hope to match the user experience of native apps that are made especially for particular gadgets. Rajendran and game developers like Virat Singh Khutal, CEO and founder Twist Mobile, are sure that users will never compromise their playing experience. Unless your gizmo is fully adapted for the experience, for example,Test Drive, a popular car racing game, will not deliver the thrills you want.

Khutal says that web apps would work well for services that are data oriented, and he is in talks with companies like Infosys and Wipro for the development of such apps. “For them, the website world is coming to the mobile phone. But for guys like us, application developers, it’s different—we will make apps that can use the full processing power of the phone.”

The big advantage of a web app, from a developer’s point of view, is that one app can play/run on a very large number of handsets across several operating systems and platforms, leading to a dramatic reduction in the cost of app development and deployment. This is great for mass-market stuff. A key technology in this jigsaw is HTML5, a ‘markup language’ for software programming on the internet that is backed by Google, Microsoft and Apple (even Adobe, whose Flash is the current leader, has withdrawn in its favour), and will let handheld gizmos access websites far more easily. Facebook, Twitter and Google have adopted HTML5, and by 2014, it could be the new internet standard.

Yet, most apps could eventually turn out to be native-web hybrids, making the best of both worlds. Take ‘massively multi-player online’ games, for example. These could work especially well as hybrids.

The future of app development could be shaped by financial forces. Khutal says that even a small app could cost roughly Rs 1.5 lakh to create, with a team of one artist, one developer and one game designer on the job for two-three months. Rajendran of Nextwave says that if small apps have to be ported to all handsets, their cost can go up to Rs 5 lakh. Larger apps, of course, require larger teams and often have multi-crore budgets.

So, will we have to start paying for more and more apps in the future? Maybe not. According to Nielsen’s latest State of the Media: Consumer Usage Report, ‘51 per cent of consumers say they are okay with advertising on their devices if it means they can access content for free’. Khutal says that he makes $1,000 a day on ads to go on his free apps, and his enterprise is profitable. Rajendran says he makes large amounts on ads, and also earns money from subscriptions and service offerings (made-to-order apps for other businesses). But he is clear that for some of the heavy apps in the future, customers will have to pay.

Globally, the industry has undergone a shake-out. In the last couple of years, Zynga has acquired at least 14 app developer firms. Even a seemingly successful player like PopCap Games was taken over by Electronic Arts. And Rovio, the maker of Angry Birds, has successfully fended off a takeover bid recently. It is a tough world out there, and only the fittest will survive.

Khutal has an interesting take on the evolution of apps in India. Currently, games are the most downloaded category of mobile apps. This is partly because India is a young country. “Right now, most mobile users are below 24,” he says, “Many don’t yet have a job. In the next few years, that consumer is going to have to learn how to be more efficient, and then he could head more towards utility apps.” These, he feels, offer huge potential in India, given our money conscious ways. “If an app helps to economise bandwidth and save money on data charges, we will use it. If it helps save time, we will download it.” He cites the example of his own Icon browser, which has had around 1 million downloads globally (about 400,000 in India).

Rajendran points to another emerging opportunity. With tablets turning all-pervasive, he says, education is going to be the next big thrust for mobile apps.

If that is the future, then it is already here. According to Patrick Mork, chief marketing officer, GetJar, a large independent app store, “Indian consumers download more productivity applications that enhance their phones, while Americans and English consumers download more entertainment apps. Religious apps are popular in the Middle East.”

Indians are not just enthusiastic social networkers, according to the Nokia Appitypes Study published in November 2010, they are no less keen on music apps. Business, photo-related apps and games are popular too.

By Khutal’s estimate, the average Indian consumer  downloads about eight apps a month—all of them free, of course, and many of them games. At Nokia’s app store, Rajendran observes, Indians clog the free app counters. But when it comes to paid apps, Indians make themselves scarce. Some of this is because of payment bottlenecks. And it is changing. Sumit Malhotra, who runs a business consultancy in Gurgaon, is no longer shocked when his credit card bill shows a purchase from Apple App Store. His preteen son does not distinguish much between free and paid apps while downloading games.

Adults do. As they start turning to apps of a more serious nature, they may find themselves willing to pay for those that deliver more than their money’s worth in terms of hard benefits. If Indian farmers discover an easy way to rally together for higher prices, they may be willing to pay for it. As for the rest of us, we can only hope the app avalanche leaves us more in love than exasperation with technology.