There are travel genies who can get you special access. Forbidden doors in Venice would open, restaurants in Paris where reservations have to be made months in advance would suddenly grant you a table and you’d see museums the way not many have 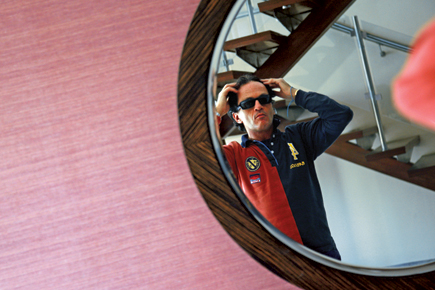 Meet the travel genies who bring you special access, the kind otherwise reserved for royalty


It is possible, extremely easy even, to eat poorly in France. Even in the country that inspired Julia Child to discover the art of cooking, in the ‘native place’ of Cordon Bleu, Michelin stars and La Rousse Gastronomique, plenty of restaurants overwhelm their food with butter, churn out ill-conceived foie gras, and ply meals so monochromatic and medieval, only folks with Irritable Bowel Syndrome can appreciate it. Combine that with the urban legends about inhospitality and French-only menus, and you have the ingredients of a classic holiday disaster. It would be far easier on the mind and palate to hire Wendy-Lyn Whitehurst.

Whitehurst is one of Europe’s foremost gastro-tourism specialists and an expert Paris concierge. A personal concierge is the new face of luxury travel, a segment that survives despite staycations and recessionistas. “People are spending but their priorities have changed,” says Whitehurst. “They’re travelling, but they’re on a budget, and they want more bang for their buck.” A concierge is that friend you pay to have in an otherwise impenetrable foreign city; someone who organises all the details that make holidays a chore for those not inclined to tabulate schedules and reservations. And if your ambitions as a traveller are not inhibited by the reserves of your bank account, then they can make the almost impossible attainable. As Michael J Fox, playing superlative concierge Doug Ireland in For Love or Money, said about realising other people’s dreams: “I’m a genie in a suit, just rub me and make a wish.”

Sometimes that genie is a dashing blue-blood. At least, in Venice he is. Of the tens of thousands of Indians who have flitted through the Italian canal city, less than ten have ever met Count Marco Loredan. The 46-year-old is a descendent of several Venetian Doges (elected heads of ancient Venice). A London School of Economics alumnus, Loredan worked in banking and fashion before returning to Venice. For several years now, he has used his connections to offer exclusive tours of northern and central Italy and southern Spain to international museums and chosen individuals. Of course, he charges handsomely—more than €1,000 a day. “I am selective because I take people into private homes, and I can’t bring people I don’t really know,” says Loredan.

Among Loredan’s Indian connections, which he developed during his years in the US and London, are members of the Mumbai-based business family, the Dubashes, and Uday Khemka of the UK-based private equity fund, Sun Group. “Indians want the best, and they are so polite. They also love contemporary art. And we have the Guggenheim and Pinault art collections, which, of course, also includes a Subodh Gupta,” he says. Last year, he organised a private tour of the Palazzo Grassi-Francois Pinault Foundation—home of the French industrialist’s massive art collection—for an Indian couple, guided by the centre’s director. The couple, which hired his services for a four-day Venice tour, dined in 14th century private palazzos and was invited for drinks at Loredan’s palace, where his mother regaled them with tales of Italian glory. The couple also had a sit-down dinner (vegetarian, as requested) hosted in their honour by members of Venice’s art community.

Loredan has a healthy appreciation for the fussy nature of Indian clients, and what it takes to please folks who’re used to buying platinum treatment in their own country. “I have my arms wide open for Indians. I understand them, I know what they want,” says Loredan, who is also on the organising committee of the India-Venice festival that’s scheduled to take place in his city next year. This year, he also made contact with an important friend of friends: New York-based Pallavi Shah, founder of the gold-standard travel tour company Our Personal Guest (OPG). The former communications director of Air India runs what she calls “a couture operation in a mass-market world”. Across the world, OPG and its blue-chip contacts offer trust-fund babies, CEOs, and all manner of the riche, holidays filled with orchestrated delights. Like hanging out with a genuine-article Venetian count.

Loredan is an easy man to appreciate. He has an endearing charm, the memory of a practised raconteur, and that most essential ability to nurture people. The last talent is at the heart of the organisational capabilities of a good luxury travel consultant, and the reason why Whitehurst has the confidence to say that many of her contacts would do for her what they would never attempt for others. She is, after all, only as good as what she can deliver. That service builds clients and clients bring more clients. This referral system is extremely important because the best in the business never advertise, they’re written about.

A clique of spender publications like the erstwhile Portfolio, Conde Nast Traveller, American Express’ Platinum (AmEx also runs the in-house travel planner Platinum Travel India for the card’s Platinum members), and Luxe City Guides,  offer pointers to top-end insiders in various cities. A popular Indian cultural ambassadress is Mumbai-based socialite Monica Vaziralli, who uses her 24-carat social connections to entertain and inform her international tourist clients. One consequence of a transient friendship with someone as well-connected as Vaziralli is immediate entry into exclusive Mumbai social clubs like the Bombay Gymkhana and Breach Candy Club. Her clients have meals that can’t be bought, like an intimate, stylised Gujarati lunch at a famous friend’s house; shop at her family jeweller’s; and gain admission to any of the most fashionable parties in the city. It’s a privileged view of Mumbai high-life; for a look-see, Vaziralli reportedly charges over Rs 10,000 a day.

The kind of contacts that Vaziralli was born to have, Whitehurst pocketed over a 20-year career spent as media relations-PR advisor to some of the world’s top chefs and restaurants, including chef Charlie Trotter and Alain Ducasse Groupe USA. A 20-year resident of Paris, she is more up-to-date than TimeOut, as candid as a childhood buddy, networked enough to be able to land the hard-to-get, a super-organiser, and a professional who knows exactly what it takes to make people feel special. It helps that she’s actually an American from the Florida coast, with European tastes but an all-American distaste for ‘bullshit’. As she puts it, “I won’t promise anything, but if I say ‘no’, it can’t be done—by anybody.” With her Southern accent and anecdotal style that channels Reese Witherspoon from Sweet Home Alabama, and you’re ready to believe there’s a tender core within the forbidding French personality.

She begins her consultation with detailed discussions with clients, going over every inch of their likes and dislikes. Kosher? Vegan? Vegetarian? Pescatarian? Pollo-vegetarian? Organic? But the palate is also a mark of a client’s personality. Not everyone likes the stuffed-shirt quality of Michelin-star restaurants, appreciates the pomposity of a sommelier, or understands why every high-end French restaurant simply has to have five forks and three glasses at every setting. Whitehurst can work clients through all the imposing affectations—with, preferably, enough notice. (The French know enough about Parisian food culture to plan early, making reservations months, at least weeks, in advance. It’s a difficult but essential habit tourists must develop.) Of course, a Michelin-star vegan French meal is usually not a reasonable request. “I’m not a miracle worker. This is France, don’t expect magic with tomatoes and lettuce,” she says. “We can work with dietary restrictions, but some people want to rearrange French culture, and that doesn’t work.”

Whitehurst knows everything about French cuisine and wine: what’s in, what’s out, what’s new, what’s next, everything you need to know to maximise a French food tour. She also edits thepariskitchen.com, a weekly blog on Parisian food culture. Whitehurst’s personalised gastro-itineraries are between €150 and €250 a day, luxury itineraries from €350 to €500 per day, while special experiences depend on the request. One American family that wanted to see the Louvre during a 12-hour layover went straight from their jet to dinner at the Guy Savoy, then to a private, after-hours tour of the museum—for a price.

If you know the right concierge, as Doug Ireland once said, “Impossible just takes a couple of extra phone calls”.