Letters to My Unwitting Spouses 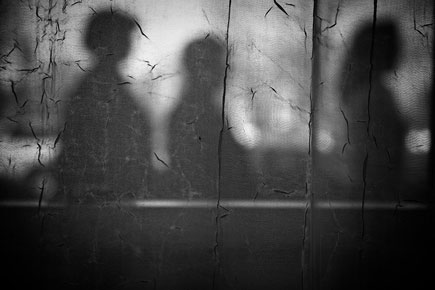 Dear R_____: You might have forgotten me. However, I still remember our sweat-soaked tryst on BEST Bus No 231 Juhu-Santa Cruz. You got in at the stop across from Mahesh Lunch Home. I was on the second level, on a ripped faecal-brown rexin seat. It was, I’m pretty sure, a dark and stormy night. Owing to our persistent physical attraction you decided to give me a hand job. “Just to take the edge out of the storm,” you said, winking though your eyes were watering profusely from conjunctivitis. I was grateful, as that very day my electricity bill had come in the post; it was monstrous, and I’d been inconsolable. Your hand job was the best thing to have happened to me since second grade when Mrs Sequira, the teacher who routinely punished me, suddenly died (tumbling off her St Paul’s Road balcony, smoking, apparently, a pack of Classic Whites). I want to tell you we are now officially married. It appears from my Google search that you are presently a grandmother—boy, you sure move fast. But I am still waiting for you where you left me, on the faecal-brown rexin seat of Bus No 231, second level—ever the randy bach. How does the title ‘Mrs Shanghvi’ fit in with your present name? (If your husband objects, tell him: It’s the bloody law!) Finally, tell me one more thing, and I really don’t mind if you did, but I had a small red Swiss Army Knife with me in my left pant pocket that night—did you steal it? I used it to kill my corns, so I hope you did not use it for cooking purposes!

Dear J_____: Hey dude, wassup! Remember me? We were in boarding school in that Godforsaken valley, where the power outs had the Bajaj fans flying off the wall. One night, you came and sat on my semen-slathered bunk bed and asked if I’d read Auden. I looked you square in the eye and said, “Dude, that stuff is way homo for me.” Offended, you had launched yourself on me, and we had what I recall as violent but satisfying non-consensual sex. “I’m not gay,” you told me longingly, slipping your copy of Auden under your arm. “I just like to deep throat a whole lot.” You had tried to repeat the incident but I was wary: I had stopped bathing with soap bars in the shower by then. As it transpires, having indulged in sexual gratification, we are now legally wed. I understand this might complicate your life somewhat—you had assumed that you had one present wife, one in the past, and here I am making a claim on you as your third (partner, spouse, boyfriend—take your pick, dude, I ain’t no fussy fag). I was thinking: What’re you doing in the fall? Shall we head out to Spain or France and have a little wedding thing on a vineyard? Just so this is totally legit? Then I won’t feel guilty about having broken the law in India. If it’s okay with you, my wife and kids will come along—I think they’d appreciate the break. I’d also like my wife to give me away, in a break from tradition, because my dad’s dead, and my wife’s been raring to give me away for a long time.

Dear T_____ and D_____ and F_____: I had accidental intercourse with your mother (now deceased) in 1973, the Summer of Lust, in a certain far-flung suburb of Delhi. It was an emotionally scarring experience: your mother was insatiable (bless her soul) and I was eager to attend a 10 am lecture on Semiotics and the Sublime Silence at the Habitat Centre (I am one-fourth Bengali). Anyway, the whole sexual craving thing was over quickly. Years went by. Things happened. Now I am writing to tell you that you are all my children, and that I love you very much. Moreover, I feel responsible for you, as you must for me, although your responsibility toward me is greater. You see, I have a serious disability that involves food pipes, adult diapers, and an oxygen tank. On 7 July 2013, I will move in with you, T_____, as your home is well staffed and has great beach access (I will need twenty-four hour surveillance since I am out on bail). Following this, F_____, I will stay with you for one year. I understand that your husband is a pathologist with Lilavati Hospital. (Can he bring back some of those little plastic bottles from his lab? To dunk my gutka.) Thereafter, so that your mother, my wife (deceased) does not feel I’m playing favourites, I will spend a year with you, D_____ (remember that I only take Ashok brand chai masala, and we recycle my adult diapers). You might all be thinking this is some crazy old man speaking—and chances are you might be totally and completely right. In any event, the Crazy Old Man has spoken, and he has said I am your father, once removed. I will see you all next week.