‘It Works’, So It Must be True… You Wish

Why astrologers and their clients see truth and validity in astrology where none exists. 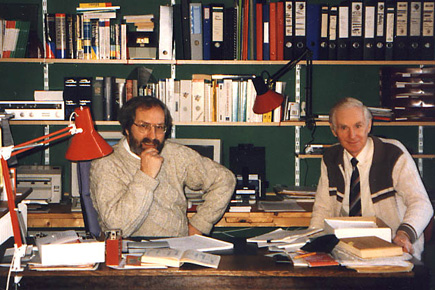 Why astrologers and their clients see truth and validity in astrology where none exists.


Why astrologers and their clients see truth and validity in astrology where none exists.

Rudolf Smit and Geoffrey Dean are lapsed astrologers who don’t believe in astrology anymore. Smit, who is based in Holland, runs a great website (https://rudolfhsmit.nl/index.html) that documents all the scientific studies done around astrology. Dean, a collaborator in the website, is based in Australia and has conducted a large number of studies himself. An interview with the two of them:

Q Given your own experience, what is it about astrology that human beings have been so willing to believe in it since the dawn of civilisation?

A In 1600, any educated person could accept astrology because it was compatible with the best knowledge of the world then available. God had created the cosmos as an indication of his will, so astrology was an entirely natural way of seeing him at work. To reject astrology would have been irrational.

Today, opinion polls in Western countries show that one person in four believes in astrology, and one in fifty run their lives by it. Roughly one in 10,000 is practising or seriously studying astrology. In India, astrology has much closer ties to spiritual beliefs and is much more pervasive. It seems that few Indians will get married, move house, start a business, or buy a new motorbike or bullock unless the stars are favourable.

Q Why is astrology so popular?

A Aside from its spiritual significance, astrology is popular for the best of reasons—it seems to work. When astrologers look at an astrological chart, they see a remarkable correspondence with the person or event. And their experience with every client is that astrology works. Which is why they dismiss all claims to the contrary. Who could argue against “it works”?

Q Can you say more about “it works”?

A To claim that astrology works means that all non-astrological factors leading to the same result can be ruled out. But when astrology is tested under conditions where such factors are excluded, it suddenly ceases to work. Many hundreds of such tests have been made in the West since the 1950s, but in India they seem largely unknown. For example, when your University Grants Commission decided in 2001 to provide funds for astrology courses at Indian universities, there were many protests in your science journal Current Science. But few of the protests referred to tests (which in any case were seen as indecisive), and none seemed aware of the many tests made in the West (which are quite decisive).

Q Which non-astrological factors are the most important?

A Easily the most important are the natural biases in human reasoning. These biases have nothing to do with gullibility. Yet they easily persuade astrologers and their clients to see truth and validity in astrology where none exists.
These biases include the Barnum effect (reading specifics into generalities), cognitive dissonance (seeing what you believe), cue leakage (let body language be your guide), non-falsifiability (nothing can count against your idea) and selective memory (remembering hits and forgetting misses). More than 35 such biases are known. Each creates the illusion that astrology works, and none require that astrology be true.

A Yes. For example, they explain why tens of thousands of Western astrologers can say that in their experience Scorpios really are intense, while hundreds of thousands of Eastern astrologers can look at the same piece of sky, which they call Libra, and agree that in their experience it is not intense but relaxed. And what goes for signs goes for all the other factors that astrologers disagree on, which is most of them. They also explain glaring anomalies as in Figure 1 (below).

In astrology Venus is entirely equal, as it were, to the Sun. But not to those who watched the transit of Venus in June 2004.

Q Have these biases been scientifically investigated?

A The biases have been the subject of thousands of scientific studies and dozens of scientific books. They apply to human reasoning in general and are well understood. But they are never mentioned in astrology books.

Once these biases are prevented, as when astrologers have to match birth charts with their owners without being able to talk face to face, astrology no longer works.

Q Which are the landmark studies that have scientifically tested astrology? (Your website has many, but could you point out the most important ones?)

A When hundreds of studies are in agreement, it is hard to pick out particular studies as landmarks. It is more important to look at what the studies as a whole are saying. For example Figure 2 looks at matching tests, and Figure 3 looks at the agreement between astrologers.

Astrologers asked to match birth charts with their owners succeed no better than chance. If astrology performed as claimed, the results would be far to the right near the arrow. But they aren’t.

If astrologers cannot usefully agree on what a birth chart means, what price astrology? Figures are from ‘Case for and against Astrology’ at www.astrology-and-science.com. For similar overviews of other tests see ‘Meta-analyses of nearly 300 empirical studies’ on the same website.

Q Have there been any major studies to prove that astrology worked? And what are your opinions about them?

“In 1955, after almost twenty years of active interest, I set myself to discover and demonstrate, if possible, a secure scientific basis for astrology. Being wholly convinced [of astrology’s validity], I believed that such a demonstration would be relatively easy. I was mistaken… I had found nothing that I could confidently regard as dependable. No one could have been more surprised, or pained, by this discovery than I was.”
But he persisted. After another twenty years, he discovered wave-like fluctuations in sets of birth data (as for example in sun positions) that he called harmonics, integral divisions of the circle that were similar to the Shodasavargas in Hindu astrology. He thought this might revolutionise astrology and make it scientific. But the fluctuations were due not to astrology but to the natural statistical variations in his data—a point discovered only after his death. His discovery was an illusion.

Q Are there any major studies being done at present?

A In the West, probably not. When hundreds of studies show consistently negative results, there is little incentive to do more. But in India, where the number of quality studies is almost nil, who knows? Vedic astrology has been tested in the West, usually at the request of Vedic astrologers who claimed it was superior to any Western system. But so far the outcomes have been just as negative.

Q You were once part of the astrological community. How do they reason against scientific studies that show astrology cannot be true?

A It is no good arguing against astrology when the everyday experience of astrologers and clients is that “it works”. Furthermore, if the astrologer is warm and caring, as is usually the case, the client is likely to be satisfied regardless of the astrology.

Q Do most astrologers deliberately cultivate the factors that affect personal validation? Do even the fakes use the same techniques?

A Astrologers in the West don’t know about the natural biases in reasoning, so they can hardly cultivate them. Students of cold reading will of course know all about them, which is why their readings are so convincing. We can’t say about Indian astrologers.

Q Are the large majority of astrologers today akin to how you once were—living an illusion they don’t want to break out of?

A To them astrology cannot be an illusion when their clients are satisfied and everyday experience shows that “it works”. To dismiss astrologers as frauds, as some skeptics do, is to miss the point.

Q Both of you were formerly reputable astrologers. How did you get interested in astrology and then stop believing it to be true?

A We started in much the same way as any astrologer starts—we calculated astrological charts and found that they seemed to work.
Nevertheless problems remained. For example, our chart readings still seemed to fit when by accident the wrong chart was used. This was not what we expected.

Q So what happened next?

A In those days there had been few scientific tests of astrology. So we began to make our own tests under conditions where non-astrological factors were excluded. To our dismay, we found that astrology suddenly ceased to work. For example when Dean used volunteer clients to test charts which, unknown to the clients, had been altered to reverse their meaning, the reversed charts were accepted as readily as authentic charts. When Smit tested the main predictive techniques on people who had died an accidental death (nothing ambiguous here), the claims in astrology books could not be confirmed.

Ultimately we took heed of the mounting evidence and ceased actual practice. In 2000, Smit set up the website www.astrology-and-science.com for those who wish to know more about scientific tests of astrology. And for a short while he started reading charts again (but not for money), this time stressing it was all an illusion.

Q (To Smit) Did this make a difference?

A To my ‘clients’ I stressed in advance that: 1) I am offering them a Grand Illusion that may nevertheless be helpful; 2) If it is helpful, it is not because astrology itself is helpful, but because it sets a scene that helps me to be helpful. As far as I can tell, this made no difference. My ‘clients’ were just as satisfied as they had been years before.

Q Could you summarise the case against astrology?

A The case against astrology is that it is untrue. It has not contributed to human knowledge, it has failed hundreds of tests, and it does not deliver benefits beyond those produced by non-astrological factors. But warm and caring astrologers can provide a sympathetic ear that may otherwise be hard to find. So there is more to astrology than being true or false. It remains to be seen whether astrology can survive once its true nature becomes more widely known.