How the Blade Killed the Aftershave

Or how the lotion stopped being the ‘mark of a man’ and the many reasons why it is only remembered as a daddy’s product now. 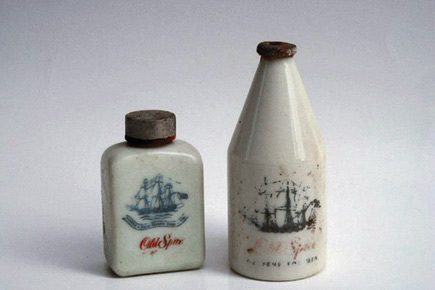 Or how the lotion stopped being the ‘mark of a man’ and why it is only remembered as a daddy’s product.


The mundane after-shave lotion has surprising links with high art. The popular tune in the Old Spice ad is from an opera based on Carmina Burana, a famous collection of Latin poems and texts. The Gatsby brand of men’s toiletries from Japan is not as known in India, even if it is available. But it’s no less aspirational. It draws its name from The Great Gatsby, the F Scott Fitzgerald novel many rate as a literary canon.

Music and literature is fine. But the after-shave lotion needs more if it is to remain relevant. Once the highlight of every man’s morning routine, even a borderline status symbol, the music is dying for the after-shave lotion. By this we mean the traditional, liquid after-shave with enough alcohol content to set your chin on fire.

“That’s correct,” Naik says when asked if people are not using after-shaves that much. “According to a survey we did with AC Nielsen, the after-shave market is virtually stagnant compared to that of other male grooming products. This has been the case for the last three or four years. The volume growth is marginal.”

But a representative of Gardenia Cosmocare, distributors for Gatsby, says, “As per Data Monitor ’08, the market sales of after-shave lotion in India amounted to $15.4 million in 2007. This is an increase of 69.2 per cent since 2002. It is an extremely promising category.” Gatsby recently launched after-shaves in India.

This is confusing. Let’s take in the views of Avni Amlani and Suhas Chavan. Theirs are informed observations. Amlani is the director of head education at Dermalogica, makers of high-end styling products that were launched in India last April (their 50 ml post-shave balm costs Rs 2,590). She is the kind that correctly pronounces eau de toilette (uh the thwaaleth, not ‘you di toilette’ as we all say). Chavan is a hairdresser at the Oberoi Towers barber shop who dispenses advice to cricket stars and actors.

Both give an emphatic thumbs down to after-shave lotion.

“People now know that the traditional after-shaves are alcohol-based and have artificial fragrances. It darkens the skin, makes it look dull,” says Amlani. “Also, in the old days, people would wear after-shave for the fragrance. Now they use eau de toilette.”

The soft-spoken Chavan, whose shoulders rise and drop slowly when he laughs and who gently boasts of advising Virender Sehwag to keep a French beard, says, “After-shave lotion contains chemicals. That’s the reason people avoid it now.”

Now, one last opinion. And this is from a chief justice of grooming—Pirooz Sarshar, co-owner of the famous American salon Grooming Lounge.

“And please, steer clear of traditional after-shaves,” was Sarshar’s commandment to a fashion magazine. “Most contain alcohol or are extensions of fragrance lines. You want something that’s going to take the stress away, not burn the crap out of your face.”

There. It seems clear that the after-shave has seen its best days. The reasons too are evident. At least one is—alcohol.

But Sujay Naik of Old Spice, the unquestioned leader of the Rs 70 crore after-shave market in India, feels there are other factors too.

“Why this has happened is something we spend a lot of time trying to understand,” he says. “We get contrary responses. A lot of people say they still use after-shave. But the frequency of use has dropped. Some research suggests that it tends to be used on special occasion days. Guys think, ‘If there is a job interview, if there is good looking girl in office, let me wear after-shave.’ My personal feeling, and this is not backed up by any research at this point, is that the quality of razor blades has improved over the last ten or 15 years. I suspect a lot of people are not finding themselves getting cut as often. So they are not using after-shave as much.”

There is also the reason unique to Old Spice, the Daddy memories. “It is the first response in almost any survey we conduct,” says Naik. “We speak to both guys and girls for feedback. They say this is my daddy’s product. The immediate association is with an older generation—father, uncle, maama, chaacha. That’s something we want to break away from.”

Amlani says, “If there is one reason why traditional after-shave will not perish altogether, it is the Old Spice generation.” Asked to elaborate, she says, “My father’s generation. He is 70 now. I would include young men from the 1940s, 50s and 60s in this bracket. They loved Old Spice because, one, they did not have a choice and, two, the ads were impressive.” (The opera is not entirely useless).

Old Spice is launching new products to hook the younger market. Last year they launched deodorants in three fragrances—Lagoon, Ice Rock and Sport. The ad campaign has a contemporary look, unlike the iconic but dated-looking Carmina Burana films (though the tune will continue to be used in future commercials).

But Old Spice is disinclined to soothe the burning effect of the brand’s after-shaves. Firstly, because, as Naik says, “International grooming experts speak from a Western standpoint. The Indian weather is different and some of those arguments are not relevant in India.”

Secondly, many customers want the burning sensation. “Customers were not satisfied when we tried product formulations which reduced the burning effect,” says Naik. “They said, ‘We need that. That’s what wakes us up’.”

Experts insist that after-shave as a concept is important. Shaving causes abrasion of the skin, whatever the quality of the barber or razor. You need something that will not just heal the damage but will be an antiseptic that shields you from bacteria and infections. It is just that the form and composition of the after-shave is changing. Soothing, moisturising balms and creams without alcohol seem the way ahead. Even Old Spice, synonymous with liquid after-shave, is contemplating gel and balm formats.

Dermalogica’s Amlani even recommends adding another step to the shaving routine, an after after-shave, if you will. They have a product for this—the daily defence block. “It prevents premature ageing,” Amlani says. “In fact, between the post-shave balm and the daily defence block, I would choose the latter.”

To those who cannot be bothered, don’t worry. A simple block of alum works just fine.“I prefer alum,” says Suhas Chavan. “It is safe and causes no darkening. Though alum is an Asian influence, our international customers are aware of it. In case there is a cut, they say, ‘why don’t you use alum?’” He mimics a foreign accent and, once again, laughs his characteristic laugh with shaking shoulders.