It began with brands of jeans trying to masquerade as authentic cowboy wear. Now Indian advertising has broken out in a rash of White skin 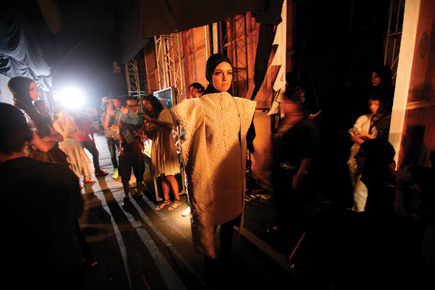 It began with brands of jeans trying to masquerade as authentic cowboy wear. Now Indian advertising has broken out in a rash of White skin


Karan Rawat, an executive creative director at the Mumbai branch of Grey Worldwide, an advertising agency, has spent years thinking about denim. One of his earliest insights into consumer behaviour (of the 1990s) that he used for the brand he handles, Killer Jeans, has turned out to be rather long lasting: Western models stand out in a crowded market.

Unfold your newspaper, drive a car, scan a magazine, stare at a TV screen, and here’s what you see: familiar brands with familiar sounding names, but faces from other continents. And if some faces aren’t obviously foreign, they’re not quite Indian either. It isn’t just fashion brands that help the trend along, ads for automobiles, skin care, telecom, banking and more have adopted foreign models.

Jeans at least have a ready excuse in an innately American image that’s pre-built. “Back then, the cowboy look was the trend because denim is a Western outfit,” Rawat says. “Enterprise Nexus [his old advertising agency] and I thought of changing the perception of denim brands in India. The only way to do it was by making Killer an ‘international’ brand. Otherwise, it wouldn’t have worked.”

In advertising, deception is sometimes literally fair game, and in Killer’s case, using models who were not from India served the company well. “People still don’t know whether Killer is an international brand or an Indian one,” Rawat says, “This is very good for us.” The approach worked so well that Kewal Kiran Clothing Ltd, which markets the brand, uses it till today.

New entrants to the market find that the practice, if done well, puts their brand on the map quickly and inexpensively. When Vanesa Inc launched Denver deo in 2008, “There were not many players in the market,” says Saurabh Gupta, who owns the company. This should have been an advantage, but for one major hurdle. “People identify deodorants with perfumes,” he says, “And they think the best perfumes are the foreign ones.”

So he figured that to win this game, he had to join it. Soon after he made that decision, Denver put out a commercial featuring two men stranded on what appears to be an Indian highway. One overtly cool, the other just another guy. A young lady of Russian origin, clad in hot pants and a top with a plunging neckline, rides up on a motorcycle. (“The idea was to build imagery that was not from the Subcontinent.”) She halts, tosses a can of Denver deo to the dumbstruck cool dude, and departs with his competition—the regular guy. Hours of grooming, the message goes out, are no match for a whiff of Denver.

Gupta says the company didn’t research the effectiveness of the advertisement, “but it has been good”. It was, in fact, spot on: “In the trade, people thought we were agents of Denver.” Isn’t it too much like the ‘Axe effect’, though? Gupta doesn’t fully agree, saying that Axe is “basically about magic”, but wants Denver to distinguish itself. “We are working on differentiating ourselves.”

Foreign models, while part of that effort, are considered convenient as well. They have a natural advantage over locals, feel Gupta. “You couldn’t find an Indian model who could ride a four-cylinder bike. Also, they’re too careful. Western girls know that when you’re working for a brand, it’s all about the imagery. Indians don’t want to do this and that. Like with bikinis.” Foreigners also save you the task of retouching images, he adds. “Their skin tone is much better. You don’t need to do PhotoShop.”

Then there’s the demeanour. “In the lifestyle category,” says Rawat, “you need a certain attitude and body language. Indian models ko khada rehna nahin aata hai [don’t know how to keep standing]. I used these [foreign] models because they were very comfortable with the camera. The kids from Chandigarh are plasticky, from an advertising perspective.” It comes down to the mindset, he says. “We are apeing the West with Western outfits. If you pick someone from Bangalore or Mumbai, they won’t understand.”

Rawat’s shoots often take him to South Africa, among other places, where models are locally sought. This is not as extravagant as it might look. He says that the models come cheaper, and there’s also the benefit of exclusivity, unlike with foreign models who reside in or pass through India. “Russians are cheaper than top models, and they come in batches. They come from Russia for three months, and shoot with any Tom, Dick and Harry. That’s how it has been happening for eight years. Look, if we choose a guy in India, he could shoot for Spykar. We want exclusivity.”

Earlier, Rawat says, brands would clamour for India’s most renowned models, but this has changed in favour of international models. Among other things,  it helps keep costs low. An imported model, he says, works out to around Rs 20,000 a shoot, while an Indian would charge about Rs 1 lakh. “If you get models for half the price, it’s big for me because I’m getting an international look.”

Sure, there are Indian models who charge less, but the perception is that they’re likely to be overexposed and thus less able to arrest the attention of the target audience. “You have models modelling here till 40,” says Sangeeta Sikdar Bhatia, who runs Toabh Talents Pvt Ltd, a modelling agency. “We don’t have a fresh lot coming up.”

Sikdar  also says it’s easier to work with foreign models because they have an edge in terms of professionalism. This point is echoed by Amit Ashar, a commercial photographer with a decade’s practice to his credit: “They’re very clear about what they want to do… They’re on par with Indian supermodels. And there are so many of them. Here, supermodels get superstar status, and costs [rise].”

Celebrity endorsement is an entirely different advertising tack, a costly one that has its own complications. This is about anonymous models and the imagery crafted solely by the campaign in which they feature. “We’re proud of the fact that we haven’t used a superstar yet,” Rawat says, “Other jeans brands have used Shah Rukh, Akshay, Shahid and Priyanka.” But even these brands appear to be returning to the basics. Lee’s sensual ‘sticks to you like it loves you’ commercial, for example, or Levi’s current ‘curves’ campaign. Wrangler is also using a campaign shot abroad, says Rawat. His original insight still holds.