As a hill station, Pachmarhi has more on offer than its hyped Himalayan counterparts. And it is a little less overrun by tourists 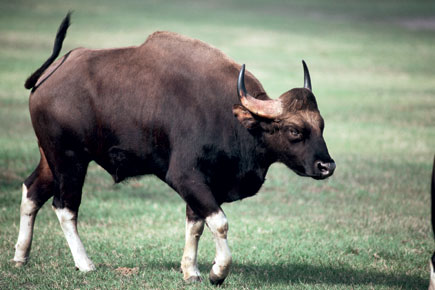 As a hill station, Pachmarhi has more on offer than its hyped Himalayan counterparts. And it is a little less overrun by tourists


In 1857, the 19-year-old James Forsyth first reached Pachmarhi, the highest point in Central India. In 1862, after the inducement of a hunt, plentiful mahua liquor and grain from the plains, Forsyth was able to persuade the Gonds and Korkus in the neighbouring villages to occasionally lend a hand in building a lodge that still stands as a museum. The journal of his 1862 journey, The Highlands of Central India, was published in 1871, a year after his death at the age of 32. Pachmarhi subsequently became a British hill station, much like Shimla, Kasauli and Dalhousie.

It is a remarkable book. Pachmarhi in the sunlit December cold offers everything that the hill-stations of the Himalayas do—rooms in well-preserved colonial bungalows, old churches, long walks, spectacular views, British cemeteries with tombstones of infants that tell the toll the Indian climate took on the very young, and a number of things they don’t—a sense of history that predates the British by two millennia, a wildlife sanctuary that is quietly spectacular because the tiger is not on show but almost every other major species is. A hundred and fifty years later, Forsyth’s book (easily downloadable at no cost), marked by the unexpected insights of an intelligent young man and observations that suggest his keen eye, remains the best guide to Pachmarhi, as well as a pleasure to read on its own terms.

‘A remarkable feature in the configuration of the plateau is the vast and unexpected ravines or rather clefts in the solid rock, which seam the edges of the scarp, some of them reaching in sheer descent almost to the level of the plains. You come on them during a ramble in almost any direction, opening suddenly at your feet in the middle of some grassy glade. The most remarkable is the Andeh-Koh… Looking over its edge, the vision loses itself in the vast profundity. A few dark indigo-coloured specks at the bottom represent wild mango trees of sixty or eighty feet in height. A faint sound of running water rises on the… wind from the abyss.’

‘…Legend has made the Andeh-Koh the retreat of a monstrous serpent, which formally inhabited a lake on the plateau, and vexed the worshippers of Mahadeo till the god dried up the serpent’s lake, and imprisoned the snake himself in this rift, formed by a stroke of his trident in the solid rock. It needs no very ingenious interpreter of legend to see in this wild story an allusion to the former settlements of Buddhists (referred to as snakes in Brahaminical writings) on the Puchmurree hill, and their extinction on the revival of Brahmanism in the sixth or seventh century. Certain it is that there once was a considerable lake in the centre of the plateau, formed by a dam thrown across a narrow gorge, and that on its banks are still found numbers of the large flat bricks used in ancient buildings, while in the overhanging rocks are cut five caves (whence the name of Puchmurree), of the character usually attributed to the Buddhists. Beneath the lower end of the lake lies a considerable stretch of almost level land, on which are still traceable the signs of ancient tillage, in the form of embankments and water-courses. Looking from the portico of the rock-cut caves, it is not difficult for the imagination to travel back to the time when the lower margin of the lake was surrounded by the dwellings of a small, perhaps an exiled and persecuted, colony of Buddhists, practising for their subsistence the art, strange in these wilds, of civilised cultivation of the earth, and to hear …the sound of the evening bell in their little monastery floating away up the placid surface of the winding lake.’

‘Towards the end of February numbers of Hindu pilgrims from the plains to the great shrine of Siva in the Mahadeo hills began to pass my camp. They usually encamp at the foot of the hill below the shrine…’

‘[The gathering] draws its multitudes into a remote and desolate valley surrounded by the “eternal hills,” where the Great God has his chiefest dwelling-place in these central regions. No gorgeous temples or impressive ritual attract the sight-seer. The pathways leading to the place are mere tracks, scarcely discernible in the rank jungle, and here and there scaling precipitous rocks, where the feet of countless pilgrims have worn steps in the stone. Young and old have to track out these paths on foot; and all the terrors of pestilence, wild beasts, and the demons and spirits of the waste surround the approach in their excited imaginations.’

‘…The cave itself opens through a lofty natural arch in a vertical sandstone cliff; and for about three hundred feet runs straight into the bowels of the hill. It is without doubt natural; and a considerable stream of clear cold water issues from a cleft at its further end. Here is set up the little conical stone (Lingam) which represents the god, and attracts all these pilgrims once a year. No temple made with hands, no graven image, nothing of the usual pomp and ceremony of Brahminical worship, adorns this forest shrine.’

‘There is one object which will attract attention near this shrine of Siva, and which will receive a remarkable explanation. Projecting from the edge of a sheer and lofty cliff above the sacred brook is hung a small white flag. Innocent-looking enough it is; but it marks a spot where, “in the days that are forgotten,” human victims hurled themselves over the rock as sacrifices to the bloody Kali and Kal-Bhairava, the consort and son of Siva the Destroyer.’

‘At this season of the year (the winter months), the bison are rutting, and they will be found collected in herds numbering ten or twelve cows, with one bull in the prime of life, and a few immature males, the remaining old bulls being expelled to wander in pairs, or as solitary bachelors, in sullen and disappointed mood. Very old bulls with worn horns are almost always found lone, never, apparently, rejoining the herd after being once beaten by a younger rival… Each herd appears to possess a tract of country tabooed to other herds; and in this are always included more than one stronghold, where the density of the cover renders pursuit of them hopeless.’

‘Though at first sight a clumsy-looking animal, which is chiefly due to his immensely massive dorsal ridge, the bison is one of the best rock climbers among animals. His short legs, and small, game-like hoofs, the enormous power of the muscles of the shoulder, with their high dorsal attachment, and the preponderance of weight in the fore part of the body, all eminently qualify him for the ascent of steep and rocky hills. For rapid descent, however, they are not so well adapted; and I have known cases of their breaking a leg when pushed to take rapidly a steep declivity; a bull with one foreleg broken is at once brought to a standstill.’

‘Terrible tales are told of the relentless ferocity of the bison by the class of writers who aim rather at sensational description than at sober truth. I have myself always found them to be extremely timid, and have never been charged by a bison, though frequently in a position where any animal at all ferocious would certainly have done so. In all my experience, I have only heard of one or two cases of charging which I consider fully authentic, and in these the animal had previously been attacked and wounded… Still there is sufficient evidence on record of the occasional fierce retaliation of the bull bison when wounded and closely followed up, in some resulting even in the death of the sportsman, to invest their pursuit with the flavour of danger so attractive to many persons, and to render caution in attacking them highly advisable.’