A Thing for Connections

Memories of my grandparents in Jakarta, my wife’s roots in Dubrovnik, and tequila-soaked undergrad afternoons in Santa Fe 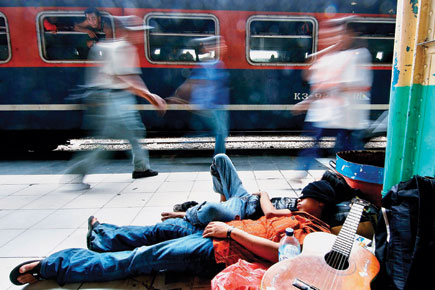 Memories of my grandparents in Jakarta, my wife’s roots in Dubrovnik, and tequila-soaked undergrad afternoons in Santa Fe

My love affair with the capital of Indonesia began early. I went to pre-school there. Undeterred by the experience, I’ve been going back periodically ever since. My Indonesian grandparents retired there after a life in that country’s diplomatic service, to a quiet home that has since gone the way of the dodo. My memories of that house and time are essentially memories of my grandparents: civilised and quietly musical, interspersed with the evening sounds of the Woody Woodpecker ice-cream cart outside the gate. The leafy avenues of that old city are now flanked by monstrous skyscrapers and the rickshaws I remember from my childhood now fight for space with cars and public transport of every description.

It is, in fact, a lot like any Indian city, growing too fast and bubbling with energy and struggling to reconcile the demands of all its citizens. For most visitors, it’s not even a particularly fulfilling tourist destination. The beaches aren’t appealing. The sights are easily killed off in a day or two. And yet, it remains one of my favourite places in the world.

There is my family connection, of course. But a quick look around will show most Indians other, older connections they can share as well. Jakarta’s roots lie in the Indianised Hindu kingdoms of the Indonesian archipelago, which were finally supplanted only in the sixteenth century. The Ramayana and The Mahabharata live on here in the names of children and even in modern monuments along the roads.

Then, there is the shared arc of our historic experience. Colonialism—in Indonesia’s case by the Dutch—left its own weight that the modern state in general and Jakarta city in particular contend with. The story of development there closely mirrors our own, and its virtues, and fruits, are equally contested. Issues of identity are tied to questions of language, ethnicity and religion. There are tensions under the surface, and there are whispers and rumblings, and it is all weirdly comforting and very familiar. But also, there are lessons to be learnt.

The old city is oriented towards a public square—Taman Fatahillah—that is now only for pedestrians, and the locals gravitate towards it as the day cools. The old city itself makes for an intriguing walk: the old harbour is close by, as is Jakarta’s Chinatown, known here as Glodok. The main drag leading down towards the modern city becomes Jl Thamrin, around which the hotels and skyscrapers of the new city are clustered. This road, the spine of the city, is closed to vehicular traffic, one Sunday a month, so the people of Jakarta can get some exercise on it, whether by walking, running or pedalling. Imagine something similar on Marine Drive in Mumbai.

Jakarta is fascinating to me precisely because it combines an overwhelming sense of familiarity with just that tang of difference that makes travel worthwhile. Of course, it doesn’t hurt that the food is spectacular, there are spas in every hotel, and the shopping is just as good as anywhere else in Southeast Asia. Throw in a bustling nightlife scene, hospitable people and a family-friendly vibe, and you have a city that you might want to reconsider as a vacation destination.

I have a family connection—though tenuous—with this jewel on Croatia’s Adriatic coast as well. My wife is of Montenegrin extraction on her father’s side and had visited Yugoslavia as a child, when it was still known as such. Dubrovnik had been a cherished memory for her, and the occasion of a close friend’s marriage there a couple of years ago was the perfect opportunity for the rest of us to see what the fuss was about. Wife, toddler son and self arrived there to find a spectacular walled town set by a cerulean sea which is so clear that you can see literally all the way to the bottom, where the fish swim amongst the remnants of all the trading and seafaring peoples that have been coming by for centuries.

The town—‘city’ is too grand a word for an assemblage of old buildings scarcely larger than Lodi Garden—is still populated by residents whose roots are sunk deep, deep enough to have resisted the Venetians at their Renaissance height and the antagonist pressures of the Ottomans. They’ve resisted the Russians and the French, tried to keep their way of life in the face of the Austrian empire, outlived both the kingdom of Yugoslavia and the Tito dispensation, and survived a sustained artillery barrage in the early 1990s during the strife that followed the break-up of Yugoslavia. Some shrapnel wounds have been preserved in this pristine old town, a Unesco World Heritage site, for memory’s sake. For the most part, the town has been completely repaired.

The walled city is pedestrians-only. In summer, it bubbles with tourists. There are cafes and restaurants and bars in great profusion. The main street, the Stradun, is perfect for people-watching. There are designer stores and hotels in centuries-old palaces and home-stays in comfy apartments. Cobbled streets lead up old flights of stairs and around corners, and you might find yourself suddenly watching two widows clad in black calmly working at their lace embroidery in the sun. Or, while making your way around the intact city walls—one of the great walks of the world—you’ll find yourself looking out over the town, its red roofs gleaming, the yachts in the bay and the sun on your back, and you’ll think, ‘What I need is a beer to make this perfect’, and just then you’ll find a bar which is housed, literally, in a hole in the city wall, the Adriatic shining just a few feet below.

You could also take the ferry across to Lokrum, a fantastic wooded island refuge in Dubrovnik’s bay. There are beaches to laze on, an inland lagoon to swim in and an old monastery to explore. Boats can be hired to take you to farther islands, many of which have Grecian and Roman remains and top-notch modern restaurants where you can fill up on fresh fish and wine.

That a group of Japanese tourists took the sight of a few clearly Indian men dancing outside a palace in Dubrovnik in their stride should tell you something. I’m not sure what, exactly, but it is only one of the highlights of a magical week. I can’t recommend it enough.

In keeping with the connections, let me introduce Santa Fe, New Mexico. My brother-in-law lives in that fine American city. But even if he didn’t, I’d still recommend this city to anyone.

I first went there as an undergraduate on a spring break trip. I was in a college on the west coast. It was April, hence warm. It was mid-afternoon and the sun was high as we entered a bar with a remarkable tequila list, right on Santa Fe’s historic Spanish-era plaza. When we staggered out, a few sodden hours later, it was snowing. My memory of Santa Fe, thus, is necessarily that of an undergraduate: a fuzzily warm recollection of sunshine and then snow, a co-mingling of fine tequila and friendship, my callow lurching about even then underscored by an appreciation of what I saw around me, the tourist-y celebration of America’s ‘Old West’ still underpinned by fine old buildings and a friendliness that, I’m glad to report, forgave us readily enough.

When I arrived there with my family, I discovered a city that is still very liberal, combines a zest for art with a passion for entrepreneurship, has history and drama in spades, and serves it all up in a beautiful high desert setting. We were there in winter with the snow thick upon the streets. But it is in summer that Santa Fe really comes into its own. The flowers of the high desert are in bloom. The opera season is on. My wife tells me that to catch The Magic Flute in the legendary open-air auditorium of the Santa Fe Opera is to really live. There’s a profusion of artists’ studios and galleries in Santa Fe and Taos, a well-known artists’ colony a few hours away. Georgia O’Keefe is more than just a memory in these parts. There is good food and the sun to soak up, and the colonnades and arches of the old buildings of Santa Fe are available to take refuge in when it all gets too much.

One last thing about connections, and this beautiful old town in New Mexico: as a young undergraduate, I lumbered around the snowy Plaza with a few friends from college. Two winters ago, one of them was there, his own wife and two daughters with him, as my own wife and son and I played in the snow. It’s that kind of place, really. The sort you want to return to.