Where are They Now?

Every year one teenager tops the IIT-JEE, probably the toughest entrance exam in the world. Overnight he becomes some kind of a celebrity. There have been only about fifty such toppers in the history of IIT. We went in search of some of them to find out how their lives turned out 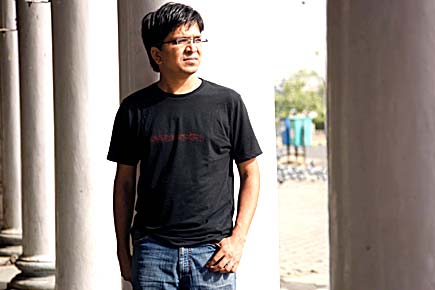 Every year one teenager tops the IIT-JEE, probably the toughest entrance exam in the world. Where are they?


Vineet Buch still remembers 10 June 1987. Bhopal. The Indian Institute of Technology All India Joint Entrance Exam (IIT-JEE) results were announced. Buch, then a 15-year-old dabbling with career choices, scanned through the rank-holders list. Then he scanned it again. Soon he made up his mind. He would try and finish No 1 in the entrance exam. “It seemed like a cool thing to do.”

Every year thousands of Indian students aspire to get into an IIT. Close to 400,000 candidates lined up this year. One in 65 made the cut. Twenty years ago, the number of applicants wasn’t as staggering but there were fewer seats. Golfers will tell you that the odds of an amateur pulling off a hole-in-one are 1 in 12,750. Still, that’s a doddle compared to what Buch was up against.

“Hardly anyone in Bhopal even wrote the JEE, let alone got in,” says Buch, 37, a venture capitalist based in San Francisco. “I found it tough to get the right books, like a Russian physics book by IE Irodov. My parents [who were IAS officers] requested the Indian embassy in Moscow to photocopy the book and send it across.”

In June 1989, Buch was declared No 1 in the IIT JEE exam, arguably the most challenging and competitive exam in the world. Only around 50 Indians have experienced the feeling—the numbness, the ecstasy, the dizziness.

Once every year, JEE toppers appear on television and newspapers carry congratulatory messages. You see mug shots of students, interviews with parents, and advertisements for coaching centres. We spend a lot of time celebrating their success, but rarely do we look further.

What becomes of these brilliant 17-year-olds? What are the challenges they encounter? Do any of them pursue unconventional careers? These were some of the questions Open set out with while tracking down the very elite group of JEE toppers.

During his days in IIT Kanpur, Buch was a long-distance athlete, weightlifter and footballer. He competed in both the 5,000 and 10,000 metres. But in August 1993, a doctor at Delhi’s All India Institute of Medical Sciences diagnosed the 20-year-old with ankylosing spondylitis, a progressively crippling disease without a cure.

Buch suffered inflammation of the eyes and internal organs. “Sometimes it was so hard for me to even sit, stand or sleep,” he recalls. Things got progressively worse over his two-year graduate program at Cornell University. “When I finished in 1995, I was immobilised throughout much of my body. A doctor advised me to stop working and apply for disability payments.”

Buch refused. He moved to San Francisco and started a self-directed rehabilitation programme. He began with long sessions of swimming and gradually started to walk, bike and hike. In 2001, he successfully undertook the Death Ride over five alpine passes on the Sierra Nevada mountain range in California, US.
But biking hurt his knees. Searching for a sport that didn’t tax his legs, he discovered surf skiing, one that uses a long, narrow, lightweight kayak with an open cockpit and a foot-pedal controlled rudder. On 17 May, Buch took part in the 2009 Molokai Challenge in Hawaii, a 32-mile surf ski race between Molokai and Oahu, in rough waters swarming with tiger sharks. He finished the race.

“I thought being No 1 in JEE was tough,” says Buch. “But overcoming this disease has been something else. The JEE effort definitely helped with this—I knew the levels of determination I was capable of and refused to give up.”

Scan through the list of JEE toppers and you’ll find boys from relatively small towns. Places like the steel hubs of Bokaro, Bhilai and Jamshedpur, from small cities like Bharatpur, Renukoot, Surat, Lucknow and Bhopal. One was from Ichalkaranji, a small textile-producing town in Maharashtra; another from the tribal district of Jalore in Rajasthan.

The moment IIT-JEE results were announced, these young students turned into brands, purely by virtue of being the one. Some earned the nickname ‘Ikka’ (Hindi for Ace), some are simply referred to as ‘God’.
Arvind Saraf’s experience when he joined IIT Kanpur in 1997 is instructive. “At IIT, everyone wanted to see me—as if I was an animal in a zoo,” says Saraf, who grew up in the city of Surat, before shifting to a boarding school in Delhi after finishing tenth grade. “People used to stare or talk about me when I passed them. If you didn’t do well in a test or exam, people would say, ‘you topped JEE and look at you now’. Sometimes I wished I hadn’t been No 1.”

After the course, most students jumped on the conventional conveyer belt that took them to the US. Today, many power Silicon Valley firms, others are professors in prestigious institutions. Some became entrepreneurs, a small number chose consulting and financial careers. Only a handful ever returned to India.
Most of those interviewed spoke about a “natural progression” that prompted them to study in the US. “I wish people [interested in research] had other options,” says Sanjeev Arora, who transferred to MIT in 1988 after two years at IIT Kanpur. “Scientists and scholars in India (including IIT professors) are very poorly paid. I am very aware that the comfortable life I have as a professor in the US [at Princeton University] would be impossible in India.”

Prasanna Ganesan, JEE No 1 in 1996, didn’t think twice before applying to Stanford for a PhD, but during his stay there he confronted a dilemma many IITians, especially toppers, face. “There’s the hedonistic option—you can graduate, get a good job with great pay, work 40 hours a week and chill out,” he says. “It’s a really attractive option—you can devote time to your hobbies, travel around. That’s when you need to decide on the extent of your ambition, and whether you want to motivate yourself to set higher goals. It’s a tough decision.”

Ganesan chose a job that excited him. Once he was done with his PhD, Ganesan worked at a small start-up with a big idea. Vudu Inc, a Santa Clara, California-based firm, wants to turn American televisions into limitless multiplexes. Using a small Internet-ready movie box that connects to the television, Vudu allows users to rent or buy any of the 8,000 films now in a growing collection. If successful, Vudu could spell the end of computer downloads, movie theatres and cable companies’ video-on-demand offerings.

Part of a three-member start-up team, Ganesan authored Vudu’s first patent in February 2007. Adjoining his bio on his website is a picture of Stanley Kubrick. “It’s nice to be doing a job that is fun too,” he says.

Throughout his decade in the US, 1987-topper Rajesh Gopakumar went through several introspective phases when he wondered how he could contribute to development efforts in India and continue his career. In the year 2001, after completing his PhD at Princeton and post-doctoral work at Harvard, he felt the time had come. “I found a lot of people in India doing work in my area—theoretical physics, string theory etcetera. So I was lucky in that sense.” For the last eight years Gopakumar has been based in Allahabad, where he works as a physicist at the Harish-Chandra Research Institute (HRI).

When Arvind Saraf left India in 2001, he wasn’t seriously thinking of coming back. The JEE No 1 in 1997, Saraf knew he was choosing a conventional route but couldn’t really think of doing much else. But things took a turn during his stay at MIT, where he was researching computer architecture. “There, I got involved in a lot of development organisations related to India,” says Saraf. “I wanted to come back and do something which would directly impact people. I didn’t want to be coming up with ideas from so far off.”
In early 2005, midway through his PhD, while on an internship in India, he decided to stay on. “My dad wasn’t keeping well, so my decision was easier. Now it’s been a while, and I don’t know whether I’m going to ever finish the PhD.”

Saraf’s return coincided with the release of Bollywood film Swades, which triggered a debate about India’s brain drain. Like Mohan Bhargava in the film, Saraf wanted to be part of a developmental initiative that had social benefits.

One of their projects aims to provide comprehensive healthcare to about 25,000 people in 12 villages around Latur, Maharashtra. Another is a tie-up with a job placement agency to design and develop a health system for semi-skilled labourers in Bangalore.

“If our processes work, we’ll scale it up. Over time we want to be a pan-India organisation. Our target is to impact a few million lives by 2015.” Is he happier here than he would have been in the computer labs of MIT? “I think so,” he says after a few thoughtful seconds. “It’s nice to be dealing directly with people. But what will be even more satisfying is when more and more people start benefiting from our programmes. That’s when it will get really fulfilling.”

Saraf’s decision shocked most of his classmates at IIT Kanpur. “A lot of people simply knew me as JEE No 1, so it came as a big surprise to them,” he said. Perhaps, it would have been less shocking if Saraf hadn’t been No 1. So like many other toppers, he is happy to slowly dissociate himself from the tag.

Ashish Goel, the JEE topper in 1990, sums it up best. “It [his being a JEE topper] didn’t come up when I interviewed for a professor’s position at Stanford, neither did it come up when I interviewed with Twitter.com earlier this year to help them on a project,” says the Stanford University professor for operations research and theoretical computer science. “But it’s good to have more than one thing on your obituary.”