The United Colours of Abdullah

Lessons the J&K Chief Minister has learnt from his father 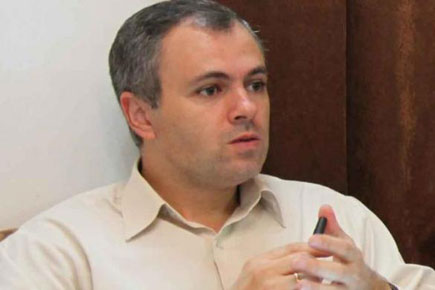 Lessons the J&K Chief Minister has learnt from his father


Jammu & Kashmir Chief Minister Omar Abdullah likes to call himself a patriotic Indian. That is one trait he has inherited from his father Farooq Abdullah who realised very early in his political career that the best way to stay in power in J&K is to align oneself with whosoever is in power in New Delhi. But every now and then, when the situation back home becomes uncontrollable, both father and son follow a pre-determined formula to send a message to those who elect them: say something that sounds more separatist than the separatist line.

Recently, a delegation from the European Union met Omar in Srinagar. Omar reportedly told them that Kashmir’s accession to India was conditional and that while economic development could pave the way for a dialogue, it could not lead to a political solution. “While all the states acceded to the Union of India and then merged with it, Jammu & Kashmir only acceded and [did] not merge. That is why we have special status, our own constitution and state flag,” the news agency IANS quoted Omar as saying, addressing the EU delegation headed by João Cravinho. “While one extremist view is for secession, the other extremist opinion is total merger of the state with the Union of India,” Omar told the delegation.

One extreme view for secession that separatist groups hold in the Kashmir Valley is understandable. Separatist leaders need to toe this line since it justifies their existence and ensures a steady flow of money from their masters. But why would the state’s youngest ever CM, who has also held two important portfolios in the Union Cabinet, consider Kashmir’s total merger with India an extreme opinion?

Therein lies the rub. Omar’s political existence is as precarious as that of his separatist counterparts. In the absence of an issue, the separatist leaders become irrelevant. In 2011 and 2012, separatist leader Mirwaiz Umar Farooq would in his Friday sermons talk of water and electricity issues. In 2013, Farooq and other separatists were handed an issue on a platter by New Delhi in the form of Afzal Guru’s hanging.

The truth is that Omar has failed to deliver. Time and again, he has made tall promises on the issue of the Armed Forces Special Powers Act (AFSPA), but he hasn’t been able to push it with the Central Government. The recent controversy generated around the former Army Chief General VK Singh has also undermined his authority. Often, he is not aware of various intelligence inputs provided by Central agencies though he ceremonially heads the Unified Command in Kashmir.

Omar has ordered a probe of the recent killing of five youngsters in CRPF firing in southern Kashmir’s Shopian district. Since he took over as Chief Minister in January 2009, more than 60 such inquires into cases of alleged human rights violations have been ordered. But they have yielded no results so far. The Chief Minister keeps making all the right noises about the return of Kashmiri Pandits, but it is far from being possible. By his own recent admission, the state’s current fiscal situation is grim and is totally dependent on the Centre’s assistance. How would the state survive, one should then ask Omar, if it were not an integral part of India?

But the Abdullahs are not alone to be blamed; gullible political observers and other such creatures in New Delhi must also be blamed for failing to call their bluff. Omar began his 2008 speech in Parliament in support of the Indo-US Nuclear Deal by saying, “I am a Muslim and I am an Indian.” He further said that it was a mistake to be with the NDA, especially after the Gujarat riots. This speech of his was hailed by political commentators and became a hit on YouTube. But nobody asked him why he chose to retain his External Affairs portfolio as a Minister of State in the Vajpayee Government in the thick of the riots. Nobody asked him why he chose to ally with the BJP in the first place, just a few years after the Babri Masjid demolition.

Farooq Abdullah had done something similar in 1986 when he forged a pact with then Prime Minister Rajiv Gandhi, creating a pattern that Omar has been copying all these years. Later, after he’d had his pound of flesh, Farooq called his pact with the Congress a big mistake. But today, thanks to his lessons, his son is the Chief Minister of J&K, while he himself remains a Union Minister in the current Congress regime.

In a recent conversation with a group of journalists from The Indian Express, in response to a question, Farooq said that nobody knows who is going to be whose ally in the next General Election. In his answer to the next question, he said his party had decided not to go with the BJP. But looking at his past record, one cannot be sure.

As for Omar, two years ago he had said that he often joked with Rahul Gandhi that if the latter loses an election he will probably learn a lot more than he does by winning. Though Omar himself has lost an election in the past, it seems he still has many lessons to learn. One can only hope that not all of them come from his father.