The Return of Telangana 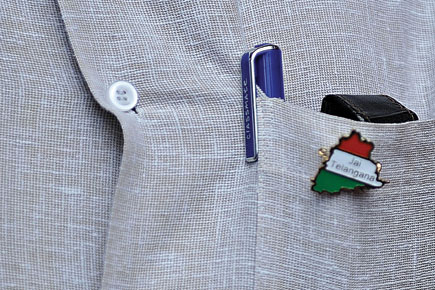 
HYDERABAD ~ The city is once again in the grip of pro-Telangana agitationists. This time, they have been joined by nearly 300,000 government employees, who have left the administration and transport systems paralysed ever since they went on strike in mid-September. The protestors want the Government to take some concrete steps before 30 September, failing which the agitation would be escalated, they promise. As Congress politicians (including ministers) have also joined their ranks, there are heightened expectations among people of the region that the Centre will respect their 30 September deadline.

As a result of the strike, citizens, farmers and industry are enduring long periods of power outages because the state’s powergenerating plants are without any coal. Singareni Collieries is the main source of coal for these power plants, and it too has been shut ever since.

As a safety precaution, educational institutions have already shut down, much ahead of the annual Dasara vacation, and they have also postponed their examination schedule. In the rest of the twin cities of Hyderabad and Secunderabad, as well as in most of the districts of Telangana region, heaps of uncleared garbage lie piled up.

The stink is yet to reach the Congress High Command, which seems to wake up to troubles in Andhra only when the crisis reaches code red levels. Its historical response to the Telangana stir is no secret, and its delayed response to the Jagan issue brought the state government to the brink of collapse. While the government was salvaged, Jagan left the party in a huff, seriously denting the party’s base in the state. With Congress President Sonia Gandhi back from her treatment in the US, she would do well to pay more attention to all this lawlessness in Andhra Pradesh, which is arguably more serious than the ongoing squabble between senior Congress ministers at the Centre.

While industry has pegged its losses at Rs 500 crore a day, the government itself is losing about Rs 200 crore of revenue a day, as even bill collectors are on strike. The government is trying to manage the situation by outsourcing revenue collection, and announcing a no-work, no-pay policy for its striking employees.

However, it has made no arrangements to ensure the safety of non-Telangana government employees who want to attend work. There have been incidents of attacks on such employees, and yet there are hardly any police escorts for them. All that the government seems to have done is promulgate the Essential Services Maintenance Act.

The state party unit is clearly divided on how to handle the situation. K Keshava Rao, a Congress Rajya Sabha MP, is accusing his party of misreading the situation, and Chief Minister Kiran Kumar Reddy of misleading the Centre about the agitation.

As proof of the state government’s mishandling of the situation, he cites the completely paralysed administration.

Batches of Congress MPs have visited Delhi to request the High Command’s intervention before the agitation turns violent. State MLAs have threatened to resign again. The Assembly speaker had rejected their resignations the last time they had done so, but the crisis could repeat itself.

Political observers feel that this round of agitations is a test-case for Governor ESL Narasimhan, rather than the Chief Minister. It is the governor who is calling the shots in the state, they say, as the incumbent Reddy government is a mere puppet incapable of taking any decisions.

It is this state of affairs that led the Joint Action Committee to renew its protest. With ministers, MPs and MLAs also joining the agitation, the going is likely to get tough for the Centre.

Angry Congress MLAs have reportedly told Ghulam Nabi Azad (in charge of the Andhra Pradesh Congress) that they will pull down the Reddy government, which has a very fragile majority.

They too have set a deadline of 30 September for the Centre to come out with some pro-Telangana statements, failing which they have warned that their resignations will follow.

“It is the people’s wish and not something we should beg for,” avers a senior Congressman.