The Mumbai Police Flounder in this Murder Probe

A month after Esther Anuhya’s body was found by her relatives, there is little headway in the investigation 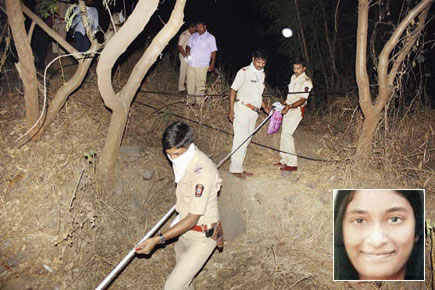 A month after Esther Anuhya’s body was found by her relatives, there is little headway in the investigation

Esther Anuhya, 23, was one of several migrants belonging to Mumbai’s flourishing white-collar economy. A worker bee at a leading consultancy firm, Esther went missing after alighting at Kurla terminus in Mumbai on 5 January. Ten days later, her burnt and decomposing body was found by the side of an expressway. A month later, the accused continue to remain at large, and, after their initial reluctance to pursue the case, the police are nowhere close to tracking them down.

A native of Machilipatnam in Andhra Pradesh, Esther had gone to her hometown to spend Christmas with her family. She boarded the Vijaywada-LTT Express and landed in Mumbai around 5 am. Her last known movements were captured by CCTV cameras at the station that show her speaking on a cellphone as a man dressed in a white shirt, presumably a private taxi driver, walks ahead dragging her luggage.

“I rang [her up] around 7 in the morning,” says S Prasad, the father of the victim. “Her cellphone was ringing but she wasn’t answering.” He tried again at 11.30 am, and 3 pm, but there was no response. Towards the evening, he found the cellphone switched off. When Prasad contacted the Kurla police, they refused to register the complaint without proof that Esther had boarded the train. Prasad lodged an FIR at the Vijaywada police stating the same, and arrived in the city on 6 January.

In the days that followed, the father and his relatives, who poured in from Hyderabad and even Qatar, ran from pillar to post gathering evidence that might point them in the right direction. They procured Esther’s call records, which revealed that the phone’s last known location was somewhere in Bhandup, in the northeastern suburbs of Mumbai. All the while, the police dragged their feet on the investigation, thinking Esther might have eloped. “It was like they were trying to avoid the case,” says Prasad.

On 15 January, one of the three search parties formed by the relatives found a charred body off the Eastern Express highway. While the body was in a state beyond recognition, they identified it from a gold ring on the middle finger of the corpse. The relatives headed to the Kanjurmarg police station to report the discovery. The family then left for Machili- patnam for the last rites. Soon after, then Police Commissioner Dr Satyapal Singh, who quit the force to join the BJP on 1 February, told a section of the media that the Mumbai Police had found the body. “But we were on our own,” says Prasad.

According to reports, the Mumbai Police have since questioned over 1,000 people but have not found any significant leads. While Esther’s travel bag and laptop are still missing, the investigators found a bloodied shawl, slippers and a bag about 200 metres from the spot where the body was discovered. It is yet to be ascertained if these belong to the victim. Experts at the forensic laboratory have reportedly rued the lack of urgency in the investigations that has made analysing the DNA test results more difficult.

Amid several protests online and offline, two teams of the Crime Branch and Railway Police Force joined the probe. As the drama unfolded, some informers led the police on many a wild goose chase to serve their own agendas. “Some of the taxi drivers who gave us information had a dispute with other taxi drivers, and they wanted to put them in trouble. Another informer told the property cell of the Crime Branch that a taxi driver had taken a girl from LTT to Churchgate, and he had seen it,” a police officer reportedly told a city daily. The family members went all the way to India’s Home Minister Sushil Kumar Shinde, even AAP ministers in Delhi, to ask for help in hastening the process, but little headway has been made in the investigation.

The incident, however, has brought the problem of illegal auto and taxi drivers back under the scanner. According to estimates, only 41,310 of the black-and- yellow taxis of the 120,000 plying on city roads are registered. Taxi unions have repeatedly alleged that unauthorised drivers fleece passengers picked up at railway stations.