From battle tanks to mosquito repellents to dosas in space, the DRDO is a laboratory of sweeping ideas, many of which will take a lifetime to execute 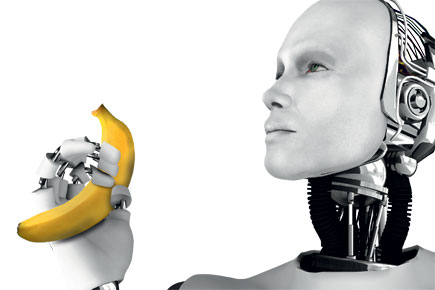 From battle tanks to dosas in space, the DRDO is a laboratory of sweeping ideas, many of which will take a lifetime to execute


Last year, the Indian Air Force got a taste of something they didn’t much like. The newspaper DNA reported that IAF officials had been to the Defence Food Research Laboratory (DFRL) in Mysore, where they were shown a tube from which food could be squeezed out. It might sound odd that anyone would eat like that but this was a necessity stemming from the IAF’s induction of long-range aircraft into its fleet—the pilot would have to be fed if he was going to be in air for hours. But the tube-food wasn’t what they expected. It wasn’t a paste or even semi-liquid; it was solid. Negotiating it would not only mess up the cockpit, it would be a minor battle in itself. The IAF rejected it and the DFRL went back to the lab to make it pastier. The same laboratory is also working on something equally unusual—what to feed Indian astronauts when they eventually go up in space. The lab director was quoted as saying that they were exploring all options—from north Indian chapatis to south Indian dosas, albeit in bits and bites.

The DFRL is part of what is known as the Defence Research and Development Organisation (DRDO), an umbrella for over 50 laboratories that make everything from tube-food to tanks to combat aircraft to mosquito repellents. Even toilets. In his recent Railway Budget speech, former Railway Minister Dinesh Trivedi announced that from next year, 2,500 rail coaches would have what he called green toilets to replace the holes that now exist in train latrines. These ‘bio-toilets’ have been developed by the DRDO. The DRDO’s mandate, however, is not to cater to the Railways or India’s space programme. It is to make India self-reliant in defence systems and equipment. Stated ends and realities do not always meet. The main criticism of the DRDO—and it comes mainly from its primary clients, the armed forces—is that its scientists are a bunch of optimists. This is why we hear announcements from them that seem fantastic. Consider this public statement by DRDO Director General VK Saraswat just a few months ago: “We are working on building soldier robots that can work like a human soldier. Such a robot needs a database and artificial intelligence to carry out its activities and the DRDO is planning to build such a robot.” Is he talking of the Terminator? In the same exchange with reporters, Saraswat also talked about robotic mules, which then leads to the question: why would anyone need robotic mules? If the purpose is to transport cargo, won’t a suitable vehicle do?

All this would not be so suspect if the DRDO did not have a reputation for routinely shooting off its mouth. We asked a former Chief of Army and a former Chief of Navy whether it was true that the DRDO was quick with announcements and slow with execution. Says former Army Chief General VP Malik: “I tend to agree with critics who say that. The track record of the DRDO so far, primarily on account of delayed/non-delivery of weapons and equipment promised to the armed forces, does not inspire confidence.”

And this was former Chief of Naval Staff, Admiral Arun Prakash: “That impression is correct. They are very optimistic and don’t live up to their time schedules, cost schedules, etc. They don’t consult the armed forces enough. They spend the budget the way they think best.”

The Navy, ironically, is the institution that has managed to get the maximum benefit (relatively speaking) from the DRDO and that’s because it made a practice of embedding naval officers into DRDO projects. Admiral Prakash said, “Whenever there’s a naval project going on, there are always naval officers associated with it. Even otherwise the Navy makes available some of its bright officers to the DRDO.”

The two projects for which the DRDO has got the most brickbats are connected to the Air Force and Army—the main battle tank Arjun and light combat aircraft (LCA) Tejas. The Arjun project took off in 1972. In 1974, Rs 15 crore was set aside for its development. The project, which finally cost around Rs 350 crore, got delayed by decades and even now many of its components are imported. The DRDO had initially hoped to make 2,000 tanks and, after about 40 years, has 124 operational. The Army is not happy with these and is pinning its hopes on the impending upgrade, the Arjun Mark II. Similar delays have plagued the LCA Tejas. It has been in the making for just under 30 years and is yet to become operational. Its second phase is now scheduled for completion by December 2012. The indigenous engine, Kaveri, for the LCA didn’t live up to standards and an imported engine is being used.

The problem, according to one view, stems from the DRDO wanting to reinvent the wheel. It was a patriotic thing to build everything from scratch, but, as everyone now recognises, it didn’t have the capability in most areas. This can have consequences. General Malik was Chief of Army when the Kargil war happened. In 2009, when he said in a television interview that Kargil casualties could have been lower if the DRDO had delivered on time, it instantly led to a furore. He elaborated on it in an email interview, ‘I was referring specifically to the non-availability of weapons-locating radars, which were required to engage Pakistani artillery and mortars quickly and effectively during the Kargil war. This would have reduced the effectiveness of Pakistani artillery and mortars. In 1997, after long negotiations with a manufacturer, some of these radars were about to be purchased. At the last moment, the DRDO caused this deal to be scuttled, with a promise that it would develop and produce these radars in the next two years; a promise that was never fulfilled. Incidentally, these very radars were purchased from the same manufacturer in 2003.’

There are areas in which the DRDO has been successful, like the missile programme. In the development of naval sonars, weapons avionics and torpedoes too, it is recognised to have done useful work. There is the counter-view that it is unfair to blame it for everything and that the DRDO has become a favourite punching bag. Wing Commander Ajay Lele, a weapons expert and Research Fellow with the Institute of Defence Studies and Analyses, says the gestation period in military technology is always long. The Lockheed Martin-developed F22 Raptor aircraft went to the drawing board in the Cold War era in the early 70s, but it formally entered the US air force in 2005. “Also, components for defence technology are not easy to come by. The DRDO cannot create everything on its own. It needs industrial back-up and our country lacks in that,” he says.

There is no clear accessible overview of the research DRDO does because there is no proper audit of it. A cloud called ‘Classified’ hangs over it. Prabhu Dandriyal, who worked in the DRDO from 1982 to 2003, is a whistleblower. After being forced into retirement when he started to expose corruption in the institution, he has been on a relentless mission. He says it has reached a stage where he is now called to assist the CBI and IB in corruption cases in DRDO labs because they don’t understand engineering concepts. He filed an RTI application asking how many technical papers DRDO scientists had published in international scientific journals between 1990 and 2010. He didn’t get it until the Chief Information Commissioner passed an order in his favour. “What is the surest way of showing that fundamental research is on? Publishing papers. The reply I finally got was ‘nil’. There had not been a single published paper. All these announcements they make, not one thing happens. All they do is talk,” he says.

Another criticism of the DRDO is that it expends time, money and focus on things that should not really be in its ambit. One journalist who went to a DRDO laboratory 15 years ago as a student was shown a banana that had been reduced to a tenth of its normal weight, the size reduced by 20 per cent. There are high altitude barfis for soldiers to partake of during festivals. There is a medicine for leucoderma. There are cockroach-killing tablets, instant idlis, betel leaf juice and chicken pav bhajis. A fungus found on a caterpillar has been cultured, which among other things is supposedly beneficial in the treatment of impotence. And so on goes the vast and bewildering list.

But, according to Ajay Lele, there is method to this madness. “The armed forces have set requirements. Until and unless the Government tells private industry ‘you provide us an alternative, this is the money, put it into R&D and give us the returns over a period of time’, the DRDO will have to make these things. Take the mosquito repellent. Anyone who is aware of conditions in the Northeast will tell you that the mosquitoes there are very different. Battle casualties are far lower than casualties from malaria. Good Knight [the repellent brand] is not going to develop such a mosquito repellent unless there’s some incentive for it,” he says.

The DRDO is now spinning these technologies commercially. Since 2008, it has a tie-up with Ficci to market products they think have demand. It goes by DRDO-FICCI Accelerated Technology Assessment and Commer- cialisation. Says Shyam Sunder, Deputy Director at Ficci’s Centre for Technology Commercialisation, “The DRDO has nominated more than 200 technologies to this programme. We shortlist them based on our assessment. We then contact Indian companies to introduce these technologies for manufacture or licensing. The response has been very good.”

Nearly everyone save the DRDO itself agrees that the institution has to be reinvented. A committee headed by P Rama Rao, former secretary, department of science and technology, made a number of recommendations. The main thrust of the recommendations was that the DRDO should focus on key areas like missiles, unmanned aerial vehicles, electronic warfare and so on. Its laboratories should be restructured and those not central to the new mandate must be hived off to civilian scientific bodies. The report is yet to be implemented because of opposition from the DRDO.

Another way to reinvent the DRDO, say some, is to make it like DARPA in the US, which does no research but instead mediates between the armed forces and the private sector. Unless the DRDO is remodelled, there will inevitably be situations in which the kit for the soldier in Siachen has to be imported while the DRDO works on a robotic mule.