The Curious Case of Vedanta University 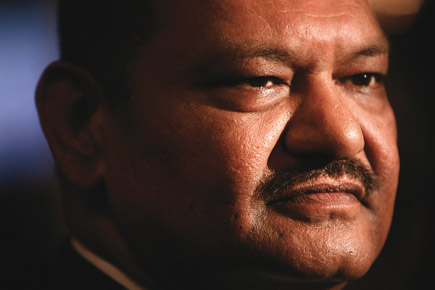 
It takes just a cursory browse of the proposed Vedanta University’s website to marvel at its promoter Anil Agarwal’s confidence in getting every clearance needed from the Orissa government to get it going. The website offers a wide view of the university’s masterplan—being developed, it boasts, by a US-based specialist in campus planning called Ayers Saint Gross. As a glimpse into the wondrous future, you see imposing pictures of huge libraries, hi-tech classrooms, dreamy greenery and even a foreign girl student peering through a microscope in a white lab coat.

The website speaks blithely of not just a place of learning, but an entire township that will ‘give rise to schools, recreational facilities, residential areas, commercial activities, parks, cultural institutions and a research park’; ‘Vedanta University commits itself to a vision,’ it declares, ‘a vision of nurturing talent into all-round excellence, producing not just technocrats or professionals but genuine visionaries.’

Though Anil Agarwal never went to college himself, there is little doubt that he sees himself too as a—ahem—‘genuine’ visionary. After all, his wires-to-ingots success is the stuff of business legend. In spite of a scrappy start, today he runs one of the world’s biggest non-ferrous metal operations under the aegis of the London-based Vedanta Group, now venturing into oil and gas; Forbes magazine’s 2010 list of billionaires ranks him the world’s 13th richest Indian, his net worth estimated at $5.5 billion.

Qualification enough to stamp his vision on raw minds and an overwrought landscape? Judge from the story behind the project. In 2006, the Vedanta Foundation submitted a proposal to the Orissa government for acquisition of land to build an eponymous university. Accordingly, on 19 July 2006, a Memorandum of Understanding (MoU) was signed between the two, with the state promising 10,000 acres of land off Orissa’s Puri-Konark Marine Drive road. While the deal was signed on behalf of the state government by its Commissioner-cum-Secretary, who signed it on behalf of Vedanta remains unclear. What is clear is that in less than two months of the MoU, Vedanta Foundation changed its name to Anil Agarwal Foundation (AAF). Also, that the proposal was met with stiff public resistance and the plan had to be whittled down to 6,892 acres, 5,000 acres of which was to be private land (with the government delivering the rest, including land belonging to Puri’s Jagannath temple).

The Foundation’s exalted stature, as endorsed by the government, was clear to virtually every state functionary very soon. Orissa’s principal secretary directed that the land acquisition supervision charges be lowered from 20 to 10 per cent since this was an educational trust doing the buying, not a company. This, despite the fact that the MoU is clear on clauses that deny the state government any say in running the proposed varsity. One of these reads: ‘In order to allow it to function as a world class university, GOO [Government of Orissa] shall ensure complete autonomy to Vedanta and the university authorities with regard to administration, admission, fee structure, curriculum, and faculty selection.’ One of its sub-clauses says that ‘the university shall have immunity from any reservation laws of the state government and a statement to this effect shall be incorporated in the [related] legislation.’

Before the land buying could begin, though, the project faced some legal objections; it was pointed out that, under the Land Acquisition Act, a private entity like Vedanta is not eligible for such en masse private land acquisitions. So the AFF produced a letter from the Registrar of Companies, Maharashtra, notifying a change in AAF’s status from a private to ‘public’ company.

There was no other document to validate this, but it was enough to satisfy the Orissa government. False statements on the acquisition were made on the floor of the state Assembly by the state minister for higher education, Sameer Dey, and then Revenue Minister Manmohan Samal. Dey said that all legal formalities had been duly complied with before the purchases were initiated. Samal said that the AFF had converted itself into a ‘public limited company’ (with public shareholders, that is, their liability limited to their sums invested), and that the acquisitions were in accordance with the law.

The district authorities of Puri admitted afterwards that the mandatory requirements of the Indian Companies Act, 1956, had not been followed. On the other hand, in May 2008, the Registrar of Companies in Mumbai DK Gupta stated categorically that the AAF “is a section 25 Company as per Section 25 of the Companies Act, 1956, and not a public limited company”.

But this did not deter the Orissa government from doling out favour after favour to the Foundation. It was decided that the university will be exempt for 20 years from all levies and taxes related to construction and procurement of educational equipment. Also, by the MoU, a 5 km radius area around the campus would be under the virtual control of Vedanta, since residents of this area would have to seek its permission to undertake any sort of structural work. Opponents of the deal also maintain that the Jagannath Temple’s world-famous Rath Yatra, a centuries-old tradition, would have to take Vedanta’s clearance as well. If that’s insensitive, the state government did not even take into account the fact that a fifth of the people living in this 5 km radius area are farmers who own no land, and would thus lose their livelihood because of the project.

The Orissa government’s hurry to clear the project has shown up in various other ways. In 2007, for example, the noted environmentalist Bishwajit Mohanty procured a map from the forest department that clearly marks the presence of Nuanai River within the proposed campus. But the map submitted by the state government in court shows no such river. Look closer, and you discover that a Gazette notification of 1984 published by the state government reports not one but two rivers—Nuanai and Nala. A forest department satellite map also shows a wildlife sanctuary in and around the project.

Mohanty’s other concern is that the campus is to be built on a low-lying area where water accumulates during the monsoons and recharges the ground water of the holy town of Puri. “But with the construction work for the university underway, Puri town would have lost a major water source and we would be forced to get water supply from as far as 90 km,” says Mohanty.

It was also in 2007 that Jayant Das, a Supreme Court senior advocate and former advocate general of Orissa, heard a knock at his door. It was Benudhar Pradhan, a distressed 96-year-old man fighting on behalf of those who would be rendered homeless by the Vedanta project. “He was in tears,” recalls Das, “and that is how I got involved in the case.” Eighty per cent of the land sought is believed to be agricultural and an estimated 10,000 families will perhaps be displaced by the land acquisition.

Das is the man who had opposed the deal by citing the Companies Act, Land Acquisition Act and University Grants Commission Act, 1956, arguing that the AAF was having rules bent in its favour with brazen impunity.

Suspicions have only grown since. As have voices of objection. Responding to a question put up by Rudra Narayan Pani, BJP MP and member of the Union Ministry of Mines’ consultative committee, in November 2009 the Central Government said that the Atomic Minerals Directorate for Exploration and Research had identified 1.82 million tonnes of thorium-bearing monazite resources along the Orissa coast—the same area, oddly, where Agarwal wants his world-class university.

Questions have also been raised about the logic of acquiring so much land for a university. According to a report by Centre for Science and Environment, the size of the proposed campus is the equivalent of 5,400 football fields, and the land allotted is about ten times the combined area proposed for IITs in Bihar, Andhra Pradesh, Rajasthan, Orissa, Gujarat, Punjab, Himachal Pradesh and Madhya Pradesh. “It is nothing but India’s biggest land grab,” says BJP leader Uma Ballav Rath. “Worldwide, all top universities like Harvard, Chicago or Massachusetts Institute of Technology have main campuses under 400 acres. So why did Vedanta require 15,000 acres that they had initially asked for? Or even the 6,000 acres they want to acquire now?” he asks.

Independent activists, meanwhile, suspect that Vedanta’s gameplan goes beyond educational (and allegedly mineral) interests—to a real estate programme that would include such cash-spinners as hotels, resorts and golf courses on the outsized campus. The 2006 MoU also specifies that the state government will build a four-lane road from Bhubaneswar city to the site in two years. On its part, the university administration is committed to admitting 100,000 students, to be served by an overall staff strength of 50,000. But infrastructure is to be built in support of half a million residents. “That is almost the entire population of a small state like Sikkim,” notes an activist. On top of it all, Vedanta has demanded supplies of 600 MW of electricity and 110 million litres of water every day.

That all this is proposed in the proximity of Puri’s Jagannath Temple may not be a coincidence. The AAF has been buying temple land as well; sources allege that 574 acres of such land has already been transferred to Vedanta at a throwaway price of under Rs 2 lakh per acre. The market rate, say AAF opponents, should’ve been no less than Rs 15 lakh per acre.

The judiciary has not been inactive. It was the Orissa High Court that finally rejected the deal, upholding objections on 17 grounds, and ordering that ‘Possession of the acquired lands… be restored to the respective land owners irrespective of the fact whether they have challenged the acquisition of their lands or not’. The court also held that the transactions were vitiated by fraud and mala fide intent.

Open tried seeking a response from the AAF on allegations levelled against it. An email sent to an address mentioned on Vedanta’s glitzy university website bounced. A phone call to the Vedanta Group’s Delhi office was rudely rung off once this correspondent identified himself as a journalist. As if to rub the point in, the phone was then put off the hook.

On 28 January, the Supreme Court asked the Orissa government to maintain status quo on the project. That means that no work can be done on the 4,500 acres of land already acquired by the foundation. “The court has given us the liberty to file more documents while arguing our case,” says Das, “We shall fight our case in accordance with the law.”

With Vedanta University’s future looking dismal, Chief Minister Naveen Patnaik is putting up a brave face. After the High Court judgment, he said in the Assembly that a “world-class university” in Orissa is most certainly in the “larger public interest” and his government had acted in a “bonafide manner” throughout the process. His fellow BJD party members nodded and grunted approvingly in the manner of politicians impressed by the words of a ‘genuine visionary’.

It is now for the Supreme Court of the country to examine whether this is an educational endeavour or an imposition much less edifying.