The Congress and Its Fear of Elections 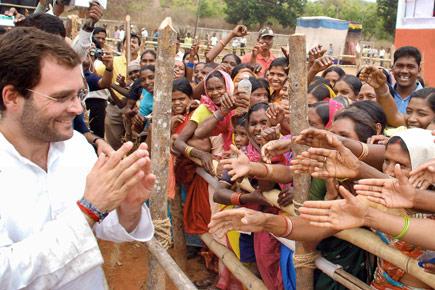 
Soon after becoming Congress General Secretary three years ago, Rahul Gandhi launched a crusade to cleanse the party of its culture of nomination and tried to infuse internal democracy within. The party lauded Rahul, and elections became the cornerstone for the reorganisation of the National Students Union of India (NSUI) and Youth Congress from block to national levels. The recent AICC meet has, however, exposed the futility of this effort, as it resolved unanimously to authorise party President Sonia Gandhi to nominate the entire Congress Working Committee (CWC).

As per the party constitution, the CWC has a total of 25 members. Besides the party president and Prime Minister, this highest decision making body of the Congress has 12 elected and 11 nominated members. With this authorisation, the distinction between nominated and elected members is obliterated. Many will say there is nothing new in that. After all, it is the prerogative of the 1,000 odd members of the AICC—the electoral college for CWC polls—to decide whether to have a contest or authorise Sonia Gandhi to nominate the entire CWC. Also, one may further argue, there has been no instance of any election for the CWC ever since Sonia Gandhi took over the reins of the organisation in April 1998.

The AICC members’ decision to continue with the status quo, though, only exposes the vulnerability of any move—even if it comes from the heir apparent—to infuse democratic elements in the party. In essence, this means that Rahul Gandhi’s activism is acceptable as long as it is restricted to Dalit and tribal villages, or if it enforces elections, however flawed, in the party’s fringe organisations such as the NSUI and Indian Youth Congress. But the same activism gives way to paralysis when it comes to crucial organisational posts. And it is not just the CWC. A few days ago, the party again demonstrated how nomination rather than election remains the order of the day when the High Command appointed the Pradesh Congress Committee (PCC) chiefs.

It is an irony that the last two occasions when elections for the CWC were held were when the Gandhi family’s control over the party was weak. In 1992, when these elections were held at the Tirupati plenary of the AICC, it was the then Prime Minister, PV Narasimha Rao, who was calling the shots. And in 1997, when the party once again went through a semblance of elections for the CWC, Sitaram Kesri was the Congress President. Perhaps a lesson was learnt—because elections on both occasions gave way to fissiparous tendencies in the party, making it more prudent for the party President to chart the safer route of ‘consensus’ rather than take the risk of dissention by promoting internal democracy.  But, in so running away from elections, independent thinking and healthy intellectual dissent within the party is suppressed. Indeed, senior leaders of the party can be kept under a state of permanent obligation by nominating them to the CWC instead of allowing them to enter this powerful body riding the crest of their own support base within the organisation.

Thus, the AICC’s decision to authorise the Congress President to nominate the entire CWC may appear a relatively comfortable way for the party to move ahead, but it is easy to settle for short term gains and lose sight of the importance of the party’s long term health. What then happens to Rahul’s promises that ability and not sycophancy would be the buzz word in the party from now on?  Is this indeed a genuine attempt at reform or another play to the gallery that means nothing?

Interestingly, when Congress General Secretary Janardan Dwivedi and the party’s election in-charge Oscar Fernandes asked AICC members to raise their hands in favour of authorising Sonia Gandhi to nominate CWC members, Rahul was not  on the dais. It may well be a sheer accident, if not exactly his way to register a protest, but the absence did not go unnoticed.

That the party’s basic character has not changed much despite Rahul’s democracy campaign is even more obvious in the concluding remarks of Sonia Gandhi at the AICC meet: “Nominating CWC members might look like a simple task, but it is not really as simple as it looks. Somewhere, somebody always has a complaint… By the way, if one keeps patience in the Congress, sooner or later one’s number comes.”

More than anything else, it is loyalty with patience—arguably a more dignified expression for sycophancy—that remains the success formula in the Congress.