‘It Was No State Secret’ 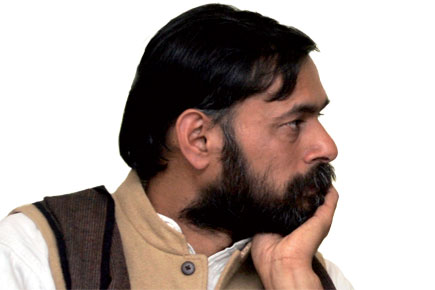 
It landed on my office desk under postal certificate—‘One more official mail’, I thought, and requested my office to show me later. They said it was important and was from the University Grants Commission (UGC). One more committee, I thought, and trudged it away. The office insisted that it looked important.

This turned out to be a notification from the Government of India nominating me as a member of the UGC (July 2011).

I was unsure how to react. The absence of the usual informal consent irked me. It just landed on my table. But I also saw in this a freedom clause, and I was free to take a decision, whether to join or not. Here, there was an opportunity to do something meaningful. Not just criticise higher education policy from the outside, but actually go and do something about it.

The ministry said they were appointing academics like me precisely to get rid of a blot the institution had acquired during the deemed university scam; that they wanted to move away from the—then current—practice of appointing private university owners and directors to the Commission.

This was to be the beginning of a clean era within the UGC. I agreed. Two years of working within the UGC have taught me more about how the sarkar works than my formal training in politics and government. It has been exhilarating, frustrating, and of course, tiring.

The Commission meets every six weeks or so. The chairperson and vice-chairperson are full-time salaried appointments. All others work in an honorary capacity. In terms of workload, it could be more than a full-time job at times. The Commission met every six weeks with an agenda that ran into six volumes and anything between 2,000 and 3,000 pages. I have a habit of reading all the papers of every meeting, so it used to be a 24-hour grind. My children knew that it was UGC day when they saw me with this pile of spiral-bound volumes and I was not available for homework or cricket.

Today, you would expect me to be angry and dejected, but actually, it was a lot of fun working in the UGC, learning the sarkari system and how it works. It works when you read every single paper, every single annexure, and when you suspect that the most important information is buried on page 57 in the fourth paragraph, and if you can dig that paragraph out and present it, you can get a decision changed. That’s what I was doing.

If you went prepared and had a reasonable case to argue, you were heard, and I must say I had some extraordinary colleagues to work with; they were prepared to listen. A few academics working for something they saw as public cause was a delightful experience. I should say that in much of that period, except on what I came to later, my dissent was heard, my objections were taken seriously. They were extremely graceful in listening to differences and dissent.

One of the first things I did in the Commission—and it looks so ironic today—was that I, in the very first meeting, insisted that the commission should have a conflict-of-interest policy. Because the Commission had earned a very bad name for itself because of the deemed university case.

Basically all the maliks of deemed universities were appointed to the Commission by Arjun Singh. They came to meetings with their personal agendas and the Commission was reduced to a mockery during that period. It was the height of the most brazen conflict of interest that you could ever imagine in any sector. In my very first meeting, I proposed that we should have a code of conduct and a conflict-of-interest policy. I held the chair of that policy. The UGC is among the few public bodies that has written conflict-of-interest rules. These say that if you have any personal, organisational or financial links with any of the institutions that the UGC frames a policy on, then you must inform the Commission in writing in advance. As and when any item comes up that has anything to do with that institution, you step out, and your stepping out will be formally recorded. It is a basic rule that any good institution should follow, but most Indian institutions do not. So, ironic as it is, I was the one who insisted and it actually happened. The policy has been in place since March 2012.

Political affiliation was discussed by the Committee, and it was everyone’s opinion that, once again, unless your politics brought you directly in association with or conflict with any of the institutions you were supposed to supervise, it was okay. It is not your political affiliation but your affiliation with an institution that counts; you should not make rules for yourself. There is no penalty because it was an internal code of conduct, so these rules were voluntarily adopted.

Gradually I got the sense that if you don’t have an axe to grind, and if you do not have personal favours to seek, then these institutions can make meaningful policy interventions.

Over the last few months, I was involved in three major initiatives of the Commission. Sadly, all these remain incomplete. One was a major initiative to launch a scheme for scholarships at the undergraduate and post-graduate levels. Another passion was the disability committee on how to make Indian universities disability-friendly.

The third was to clean up the NET mess, the entrance test meant for the selection of lecturers and for awarding of fellowships. It is actually a story of doing something constructive, of joy, of learning and so on.

When I joined the Anna Hazare agitation, it was talked about at a commission meeting—of course, informally. I had been with the agitation right from its Ramlila Maidan days, so in a sense, my participation in the movement began a month after my joining the UGC—on 27 July I joined the UGC, and I think within four days, Anna sat on his famous Ramlila fast. I was at the fast, speaking from the dais and so forth. I wrote about it, so it was no State secret.

On 2 August, the decision to launch a party was announced by Arvind Kejriwal at Jantar Mantar. On 2 October, the party was announced and I announced my public association with it. But I thought it was only fair that I give up all the advisory body memberships I had. I was involved in many advisory roles in the HRD Ministry and also the Planning Commission, and if you are taking a position against the regime, it is only fair that you step down from these.

I also rang up Mr Kapil Sibal’s office and spoke to his personal secretary Mr V Umashanker. I said the only question I have is about the UGC, as it is not an advisory body but a statutory decision-making body. I asked: Is there any rule, any norm, or any convention that prohibits me from continuing? In any case, what the Ministry’s view on it was, and in case the minister felt that this was political patronage being misused— because that’s how, unfortunately, in this country these things are seen—then I would be happy to step down and cite private reasons for it.

All such things should happen with some grace. He asked for a day and got back to me the next day and said the Ministry felt that my presence at the Commission was very valuable.

Umashanker said these are statutory bodies and that I was welcome to pursue my politics. So I sent them a mail informing them of my resignation from other bodies. I never felt I should then ask them to put it down on paper. I never thought it was in the nature of that conversation to insist that all this be put down on paper. It was a sincere conversation and I respected what the minister had conveyed to me.

For them to discover that I am from a political party in September, that I was affiliated to this party—this whole thing is so farcical.

Sometime in February or March, I found some hardening of stance on the kinds of issues I have routinely raised all this while. I cannot pin it down and say what happened exactly. Was it the new minister with some sense of priority? Was it the fact that my party was gaining traction? I don’t know. It would be unfair of me to say it was because my party gained political traction that they came down on me. I don’t know. It could be a combination of these.

One of the key conflicts was about API scores for university and college teachers. It is such a ridiculous system and I opposed it. There was enormous pressure from the Ministry that it be okayed by the UGC. I suspect that was one of the turning points. What then happened was extraordinary.

No meeting of the sub group that was to take the final decision was called. Minutes of a meeting never arrived. The chairman’s office issued final revisions on the API issue and the Ministry’s view was accepted and the UGC was notified. This was the first time my dissent was not taken kindly and even objected to. Then came a lot of other things.

Suddenly I found that my calls were not being responded to. Minutes of the meetings were marked to others and not sent to me. These usual games started suddenly and I knew something was wrong. That’s where that story ends and this story begins.

Day before yesterday, another letter arrived. Not addressed but marked to me. It said Professor Yadav has been retired with immediate effect from the UGC. There was one difference, though. This was a registered letter.