Is the NIA a Non-Performing Asset?

Three years into its existence, India’s premier anti-terror agency is not being allowed to function 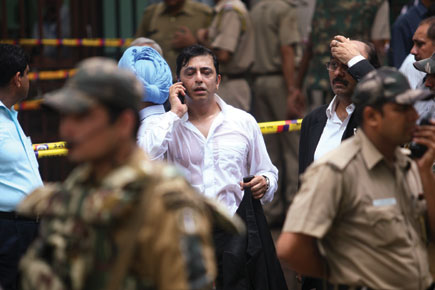 Three years into its existence, India’s premier anti-terror agency is not being allowed to function


NEW DELHI ~ Except for a freak shooting incident, the United States made sure that not a single terrorist attack has happened on its soil after 9/11. In many ways, the 2001 attack on India’s Parliament was India’s 9/11. Not much changed after it, though. Almost seven years later, the 2008 Mumbai terror attacks came as a national shame. This is when New Delhi decided to create the National Investigation Agency (NIA) to ‘exclusively’ probe terror attack cases. As per its mission statement, the NIA was set up ‘to set the standards of excellence in counter terrorism’ and pose ‘deterrence for existing and potential terrorist groups/individuals’.

Three years later, the NIA has not been able to investigate even a single terror case on its own.

The Delhi High Court blast of 7 September 2011 is the first case handed over to the NIA from the beginning, without the state police meddling in the probe. The agency claimed to have made headway when three mobile phones were recovered with some documents relating to an exchange of money, pointing to the involvement of terror outfit Jaish-e-Mohammed in the attack.  Since then, two arrests—of Abid Hussain and Hafiz Aamir Abbas Dev—have been made. Both these men have reportedly confessed, in the presence of a magistrate, to having sent mails claiming responsibility for the blasts.

But soon afterwards, these arrests were downplayed by Union Home Minister P Chidambaram himself. Denying that the NIA had managed to identify suspects in the case, he said: “Are there promising leads? Yes. But has anyone been confirmed to be an accused or suspect—no, not yet.” (As this story is being filed, the NIA has claimed that one Wasim Akram Malik of the Hizbul Mujahideen is the mastermind of the blast.)

In the 13 July 2011 Mumbai serial blasts (21 killed, 141 injured), the NIA got to jointly investigate the case with the Anti Terror Squad (ATS) of the Maharashtra Police. It made a start by questioning Jalees Ansari, an Indian Mujahideen operative popularly known as Dr Bomb, who is serving a life term at Ajmer Central Jail on account of the 1993 Mumbai serial blasts case. Ansari is alleged to have masterminded 60 blasts across the country from inside the jail. In September last year, 26 mobile phones were recovered from him.

But soon, things went horribly wrong. Within five days of the serial blasts, on 19 July, the NIA withdrew from the investigations citing “lack of coordination” with the ATS. Also, forensic reports prepared by the National Security Guard (NSG) and NIA differed on the explosives and timers used in the blasts. According to NIA sleuths, ammonium nitrate and fuel oil (AnFO) was used, with no booster like RDX or PETN. The NSG concluded that trinitrotoluene (TNT) was used as a booster. While this turned into an ego clash, the investigation suffered terribly. As a result, till date, the probe has achieved nothing—not even a single suspect.

In spite of this squabble, Chidambaram on 2 August saw merit in the Maharashtra ATS’s investigations, and defended the Home Ministry’s decision of not handing over this probe to the NIA. “Every case is not required to be transferred to the NIA. There is no need to interfere with investigations if they are on right track,” he had said. In other words, the NIA’s role was dubbed as ‘interference’.

The NIA did get some cases, but they were all old cases, in which the state police had failed to make any progress. And all of them remain unsolved.

For instance, the February 2010 German Bakery blast case of Pune was handed over to the NIA after more than a year. The Maharashtra ATS had failed to even name the mastermind behind the blast. Delhi’s Jama Masjid blast case of September 2010 and the Varanasi blast case of December 2010 were also handed over to the NIA only in April this year. The Home Ministry itself has been sceptical about whether these cases can be regarded as terror cases, since the blasts were of low intensity and no causalities were reported. “In security terminology, these are not described as terror attacks,” Chidambaram remarked. Even to establish that will take a long time, say NIA insiders.

The question is: why add to the bureaucracy if specialised bodies like the NIA are not allowed to do their job? The agency has 388 investigators, with its headquarters in New Delhi and two branches located in Hyderabad and Guwahati. Within a year, the Home Ministry intends to induct 870 more personnel and set up two new branches—at Lucknow and Kochi.

As far as investigations into the cases go, the NIA has not made any arrests either. In fact, in the last seven terror cases before the Delhi High Court blast, only one arrest had been made, going by the Home Ministry figures. Meanwhile, between 2010 and 2011, 61 people have died in various terror blasts all over the country.

Under these circumstances the NIA can at best be described as a non-performing asset.