Indrani Mukerjea: The Woman in the Eye of the Investigation 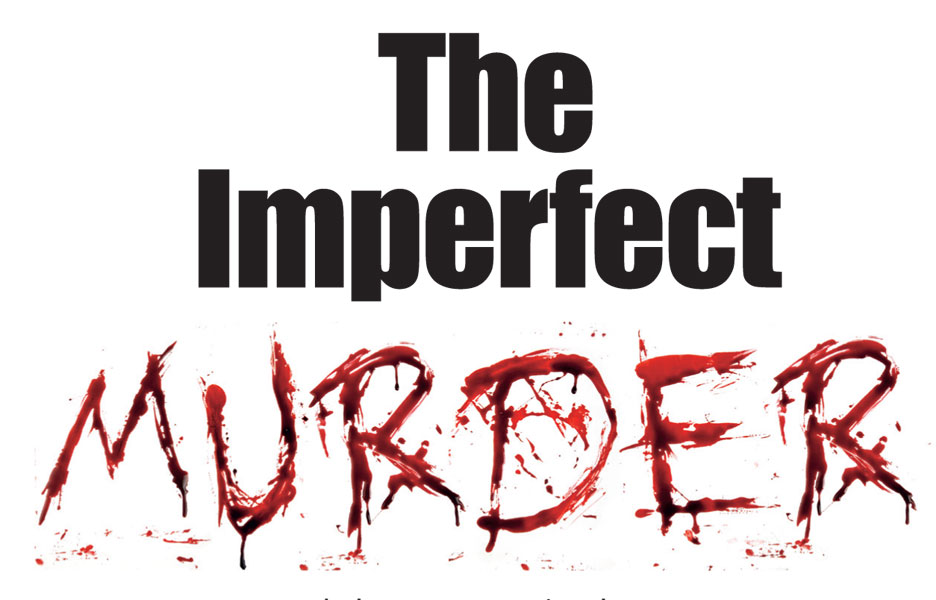 On 29 August, unable to quell his curiosity anymore, a TV cameraperson dodged four burly security personnel guarding a bungalow, climbed the two-storeyed building in Guwahati to locate the subject of his inquiry, Upendra Kumar Bora, the father—biological, step or adoptive, depending on your persuasion—of Indrani Mukerjea. It had begun to be rumoured that he had sexually abused his daughter and could perhaps be the mysterious father of Sheena Bora. Upendra, shielded first by his grandson Mikhail Bora and later by the four security guards, had so far not been heard or seen by the media.

The cameraperson, risking both personal injury and certain ridicule, climbed up to a window where he found the frail 78-year-old man. He asked him if he was Indrani’s father. Upendra replied, according to a report in a daily newspaper, what perhaps anyone could have guessed: “Indrani is my daughter.”

Several days and many more conspiracy theories later, a new obsession began to manifest itself: what of Indrani’s first husband or the man she is believed to have had a live-in relationship with as a youngster, Siddharth Das? Could he have been the man who allegedly tipped off the police about the murder of Sheena Bora? Or was he an accomplice, who after realising that the police was closing in on him, had crossed over to Bangladesh? Das was eventually traced, living with a wife and son, to a flat in a distant part of Kolkata. And as reporters thronged his house for comments all day, he appeared before them almost like an alien specimen, his identity concealed in a motorbike helmet. This, though, did not deter reporters from using the popular refrain, ‘He was tight-lipped about the issue.’

Over 33,000 people are murdered in India every year, with motives that range from vendetta and property disputes to witchcraft and appeasement of supernatural forces. The trend has held at least for the past five years, according to the National Crime Records Bureau. These stories appear, occasionally on front pages and very often buried deep inside the folds, one replacing the other, until some larger news event occurs and wipes crime off news pages. But in this age of the accelerated news cycle, where mediums from Twitter to TV compete with each other and which pull down news stories as quickly as they are propped up, what is it that makes this case so remarkable as to relegate—even a week after its revelation— every other news item to a mere side column?

The story has all the rare elements of a great tabloid crime story. There is a gorgeous woman with a mysterious past. A beautiful daughter. An unsolved gruesome murder of the daughter by her mother, as the police believes. A sugar daddy who is—at least projected—dumb, rich and somewhat famous. Mentions of large amounts of unaccounted- for money parked somewhere. Hints of sex and sleaze in high society, a rumoured incest angle, and plenty of deceit to go round. In this heady mix of sex, money and murder are its protagonists, each of whom appears to be hiding much more than what he or she appears to be revealing.

But what really lifts this story is that it takes that hallmark of a great true crime story, the private detective with a genius for puzzles, and places him right amongst us lay individuals. Nothing has been proven yet, let alone solved. There is no clear motive that has been established so far, no murder weapon, and even the three-year-old remains exhumed in a Raigad forest near Mumbai are yet to be identified as that of the victim.

We, the lay public, are however provided with all that we need—a mix of facts and conspiracy theories, daily police briefings, innumerable leaks from unnamed sources, and gaps of information ably filled by the media, and encouraged to solve the case for ourselves. To pick and choose from all the gossip and reports and complete the jigsaw puzzle.

Central to this story is its central character, Indrani Mukerjea. It is, after all, a story of the rise and fall of an ambitious media baroness.

Sometime in 2001, Mrunalini Deshmukh, a well-known divorce lawyer in Mumbai, was visited by Peter Mukerjea, famous then as the high-profile CEO of Star India, a TV network owned by Rupert Murdoch’s News Corp. Peter was accompanied by Indrani, whom he introduced to Deshmukh as the woman he intended to marry. At the time, Indrani ran an HR firm called INX (a name said to be drawn from ‘Indrani’ and the ‘X-factor’). “The two were already in a relationship and wanted to get married, but Indrani was yet to divorce her previous husband [Sanjeev Khanna],” Deshmukh recollects. One of their main concerns, which they voiced at the meeting, was about their chances of getting custody of Indrani’s daughter with Khanna, Vidhie. The conversation then veered towards other less pressing matters. Indrani was still new to Mumbai and she began to discuss the city, wondering which school Vidhie ought to be enrolled in. They met a few more times, Deshmukh recalls, to discuss the case, and every meeting was cordial.

A bitter divorce case ensued, in which both Indrani and Sanjeev fought over Vidhie’s custody. Their daughter was less than five years old at the time, and the court awarded her care to Indrani.

“Peter was so in love. You could see it. From the body language to his genuine interest in Indrani’s troubles. He also wanted Vidhie as his daughter,” Deshmukh recalls. “And Indrani, you couldn’t help but feel how refined and cultured she was. She was much younger than Peter, but she was deeply in love too.” When the news broke of Indrani’s alleged involvement in a murder case, Deshmukh was shocked. It was hard to reconcile the image of the pretty and well-spoken woman, she says, with that of a woman who had hidden her past and murdered one of her daughters.

In 2007, after Peter Mukerjea had moved on from Star, he, along with his now-wife Indrani began an ambitious journey to become the Murdochs of India. They were able to raise a large sum of money—estimated at Rs 750 crore—from various investors to start a TV broadcast network of news and entertainment channels. Peter appointed himself the company’s chief strategy officer after the expiry of his non-compete clause with Star, but Indrani, as the network’s chairperson, called all the shots.

According to a former employee of NewsX, Peter, despite his experience and reputation as a TV channel honcho, stayed mostly in the background while Indrani tried to stamp her authority on every little aspect of the business. “She did not have any experience in running a TV channel,” says the former employee, “let alone dealing with news, and when she would try to intervene [in its operations], she would often be found out.” According to another ex-employee, Indrani was a ruthless boss, more concerned about establishing her authority than creating a successful channel. “They spent a lot of money on everything, from paying huge salaries to putting employees up in expensive hotels,” he says, “We all got the impression that the Mukerjeas were not really interested in making the channel profitable.” She favoured those she liked but dealt roughly with those who fell afoul of her. One of the senior journalists in the channel who fell out of her favour, according to this employee, was physically abused and ejected from the office premises. On one occasion, a bright young girl who was put on air as a news anchor after having passed an anchor test had to face the brunt of Indrani’s wrath. “She humiliated that young girl and screamed, ‘Who has put this ugly bitch on air?’” the employee recounts. Indrani apparently not only took a keen interest in how anchors looked on screen, she also liked to pick who got the privilege.

In 2009, the Mukerjeas were made to step down amid allegations of mismanagement and financial bungling.

As the Sheena case thickens, there has been an inordinate focus on Indrani’s character and morality. Newspapers have gleefully reproduced family charts listing various men she has had affairs with and the children begotten from them. Confusing testimonies about her alleged abused childhood and character have been extracted from various unnamed neighbours and friends. Primetime channel debates have had society queens denouncing Indrani as a social climber and holding breathlessly forth on the issue of ‘good mothers’ and ‘bad mothers’. Some have aired strange and unverified theories, ranging from rumours of Sheena having been pregnant at the time of her murder, to loose talk about Peter’s own relationships. “There is a trial by media,” Deshmukh claims, “And Indrani, before the judge decides— and she could very well be guilty—has already been found guilty.”

As news outlets and police come together to provide juicy titbits about Indrani’s life and keep the spotlight on her, there have been some unusual occurrences as well. When the partially burnt remains of Sheena’s supposed body were first found in a forest three years ago, no death report was filed (not even as an accident case), let alone a probe conducted. A casual diary entry was made in the local police station and the body was buried right there. According to YP Singh, a former IPS officer turned advocate and activist, this is extremely unusual. “A police station at most gets two or three such cases every year. It is not common at all,” he says, adding that it makes him wonder if the police were influenced by someone powerful to cover up. “Also the entire focus is on Indrani and to an extent Sanjeev Khanna. There will be a strong case against her if the remains now unearthed are identified as Sheena’s and if the driver turns approver. But what about the others?” Peter claims ignorance of Indrani’s past, and Rahul Mukerjea, Peter’s son who was in a relationship with Sheena, claims he had asked the police to investigate once he found her missing.