Heads of States as Arms Peddlers 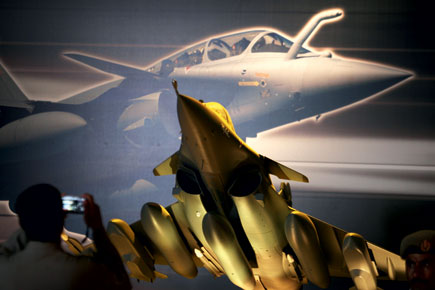 
India is one of the world’s largest arms importers, declared Stockholm International Peace Research Institute, a Swedish think-tank, last year. Nearly one-tenth of the volume of international arms transfers over 2006–10 were to India. By 2020, India’s arms purchases are likely to add up to $80 billion, with big-ticket defence deals, including the $15 billion contract for 126 fighter jets.

For this reason, US President Barack Obama, Russian President Dmitry Medvedev and French President Nicolas Sarkozy visited India in quick succession between November and December 2010. All seemed to be jostling for arms contracts and cooperation with India to expand its nuclear-power generation capacity. In return, they supported India’s candidacy for a permanent seat on the United Nations Security Council.

‘The real story from his [Obama] visit was its implications for bilateral military trade,’ say Sunil Dasgupta and Stephen P Cohen in Foreign Affairs—a leading forum of American foreign policy and global affairs. Obama made no secret of his plan. The United States would sell $5 billion worth of military equipment to India, which would include 100 General Electric F-414 fighter aircraft and 10 Boeing C-17 military transport aircraft. The sale of arms was seen as a fulcrum of the strategic equation between the two largest democracies.

Although the French president clarified that he had come to “visit partners rather than customers”, France and India ended up signing commercial agreements worth billions of euros. Sarkozy stressed that there is “no limit” to military cooperation between the two countries. A sales pitch was made for two major French arms suppliers—the Dassault Group (Rafale fighter planes) and Thales Group (for upgrading missile systems on 51 of India’s Mirage 2000 aircraft). Another cooperation agreement worth €2.2 billion was also discussed. The French delegation was optimistic that “[agreements] will soon be reached”.

During Medvedev’s visit, Russia and India signed pacts to provide missiles for the Indian Army, develop advanced stealth fighter jets, and set up more nuclear reactors. Leaders of the two countries vowed to double their trade over the next four years. They also signed a deal worth hundreds of millions of dollars for design modifications to India’s fighter planes.

The July 2010 visit of British Prime Minister David Cameron included a halt at Bangalore. His focus was the sale of Hawk trainer jets to India’s Air Force and Navy, a deal worth nearly $1 billion.

Desperation levels are visibly high among these salesmen heads-of-state to bag such lucrative contracts. A fine example is what happened a week ago in London. British parliamentarians sulked that the UK’s £280 million-a-year aid to India could not bag them a $15 billion warplane contract. Aid and arms are mutually independent, one would have liked to believe, but India was dubbed ungrateful because it had made a commercial decision without taking into account the charitable grants it receives from generous post-colonial benefactors.

The outrage in British parliament surfaced after India opted to buy 126 French-made Rafale fighter jets instead of the UK-backed Typhoon. This is seen as a blow to Cameron, who is now promising to fight on for the contract. “The decision is obviously disappointing, but it is about who the Indians have assessed as making the lowest bid and therefore asked to enter into further negotiations. They have not yet awarded the contract,” he said. Cameron added that he would do “everything” he “can” to “encourage” India to reconsider its decision. Is this the prime minister of Britain talking? Or a desperate salesman who could lose his job if he fails to swing a contract?

What is surprising is that the Cameron government is citing charity worth Rs 5 to be eligible for a contract worth a thousand bucks. Do they see charity as some kind of kickback?

A little thought would clarify just who the charity-seeker in the modern world is. An estimated 40,000 UK jobs depend on the Typhoon project, The Telegraph reports. India’s Finance Minister Pranab Mukherjee had served the UK a reality check back in 2010 when he referred to British aid as “peanuts” in the overall context of funds India spends on development. The country could do without it, he meant. The FM’s words are now being played up by the British media to reinforce their point of Indian ungratefulness.

Sarkozy must be pleased. He told the media on his tour to India: “Competition has just begun; we are full of energy to compete.” But British peeves only show what a bunch of bad losers they are.