General Benefits of the OBC Quota 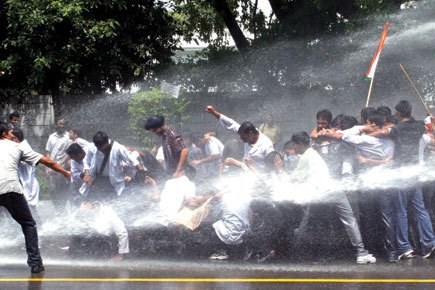 
Given the extraordinary noise being raised over admission quotas for Other Backward Classes (OBCs) in India’s institutions of higher learning, a little fact-checking is in order. Right To Information (RTI) data obtained by the Academic Forum for Social Justice has brought to light the fact that in 31 colleges affiliated to the University of Delhi, 4,023—almost 57 per cent—of the 7,024 OBC seats were either vacant or passed on to general category candidates in 2010. These colleges were given a grant of more than Rs 200 crore for extra infrastructure to accommodate OBC students. Also, almost 1,000 new teaching posts were created to cope with the increase in numbers. As it turns out, little of this was used for the benefit of OBC students, with the gains going instead to other students. By the RTI data, the number of general category admissions in these 31 colleges was almost 40 per cent higher than the allotted strength.

This was enabled by several manipulative devices adopted by most universities. Take the most common of these. Consider students A and B, who get 80 and 72 marks, respectively, out of 100. What is the difference in percentage between their marks? Most readers may find this a trivial question. The mathematically minded will see the catch. If your answer is 8 per cent, you are wrong. For, B’s marks are 10 per cent below A’s marks, since 8 is 10 per cent of 80. However, it is fair to say that the difference in the marks of A and B is ‘8 percentage points’.

Now, consider what has been the practice at these learned institutions. In 2008, the Constitution Bench of the Supreme Court pronounced a judgment that the ‘cut-off marks for OBCs be 10 per cent below the cut-off marks of general category candidates’ (in the Ashoka Kumar Thakur vs Union of India case). So, central universities like Jawaharlal Nehru University(JNU) and University of Hyderabad fixed 40 as the cut-off for the general category and 36 for OBCs, the calculation being that 36 is 10 per cent less than 40. The arithmetic ingenuity here is in taking ‘difference in percentage’ in its strictest sense, even though it is clear the court’s judgment of 2008 meant what mathematicians would call ‘percentage points’. In demanding that the cut-off marks for ‘OBCs should be set not more than 10 marks out of 100 below that of the general category’, the judges definitely meant ‘percentage points’.

Administrators of central educational institutions, however, refuse to accept this. In effect, they have set the bar for OBC applicants higher than the policy intended, thus depriving them of seats funded by the Government in their name.

This is not their only ploy. Manipulation of the admission process is rampant in various guises. Institutions, for example, often fix a higher ‘eligibility condition’ in the qualifying examination and/or the admission test conducted by them. For scores below that level, a candidate is not considered for admission at all; above the specified level, a candidate is placed on the ‘admission threshold’. Thus, the board of the Indian Medical Council fixed ‘50 per cent’ in the common medical entrance test as a necessary condition for admission to the Bachelor’s programme at medical colleges. This is a ‘cut-off’ fixed ‘well in time’—as a 2008 Human Resource Development Ministry circular demanded—by the institutions in question, and will remain constant. But mere eligibility alone is naturally not sufficient to secure admission. The marks actually needed vary from year to year, depending on demand for seats. No institution can fix this cut-off ‘well in time’. In fact, institutions have no control over it, as exemplified by the skyrocketing cut-off marks in prestigious colleges of Delhi University this admission season.

Following the apex court judgment of 2008, JNU adopted the 10 per cent eligibility relaxation for OBCs. But soon, JNU was forced to seek the legal opinion of its counsel, and went back on its initial decision. Instead of admitting all eligible OBC candidates above the percentage of marks fixed at the outset, JNU decided to admit only those OBCs whose marks did not vary by more than 10 per cent from that of the last admitted general category candidate.

There was no legal reason to adopt this practice, and by doing so, again, a substantial number of OBC students were denied admission in 2009 and 2010. Once ‘cut-off’ was understood as the marks of the last admitted candidate, OBC prospects were doomed, and a large number of seats remain unfilled. In 2009, of JNU’s 123 seats reserved for OBCs at the MA/MPhil level, only 22—about 18 per cent—were taken by OBC candidates and the rest were ‘converted’ to general category seats.

The University of Delhi had always been a champion of this interpretation of the rule, as it took only OBC candidates in the 10 per cent bandwidth of the last admitted general student. (Actually, very few colleges even allowed a 10 per cent relaxation, citing one technicality or another.) The result was that the university would announce the date for the ‘conversion of vacant OBC seats’ right at the outset of the admission process, as everyone knew that OBC candidates would never make up the allotted 27 per cent.

In September 2010, in response to a writ petition filed by Apurva on JNU’s admission policy, the Delhi High Court said that universities can only fix their eligibility criteria, and that relaxation for reserved seats should be on the basis of this criteria.  Soon after, Tanvi Yadav, an OBC candidate seeking admission to University of Delhi’s law programme, approached the High Court. Tanvi had scored 148 marks and the last admitted general category candidate had 172 marks. If the Faculty of Law had interpreted ‘difference in percentage’ as it was meant to be, she would have got admission. Instead, it admitted OBC candidates with marks only up to 149, and converted hundreds of OBC seats to the general category. The High Court did not give Tanvi any relief, as it was already too late, but its judgment of December 2010 made a very important observation:  that the university is bound by the provisions of Apurva vs Union of India, which meant that it had to relax the eligibility norms, and not on the basis of the last admitted general category candidate. Justice Rajiv Sahai Endlaw concluded his judgment that the matter is ‘best left… to work itself out in the next academic year’. The university, however, did not let the matter ‘work itself out’. It appealed against the Tanvi Yadav case judgment. In an interim order passed on 3 June 2011, a division bench of the Delhi High Court stayed the December judgment of the single bench.

Other institutions have taken note. Former IIT Madras Director PV Indiresan has already moved the Supreme Court for a stay on the September 2010 judgment on Apurva’s JNU-related petition. For OBCs, there is still a long way to go.

MT Hany Babu teaches English and linguistics at the University of Delhi. These are his personal views.