Down to a Trickle

Even as the objectives of the previous policy remain unfulfilled, the Government has come out with a new one 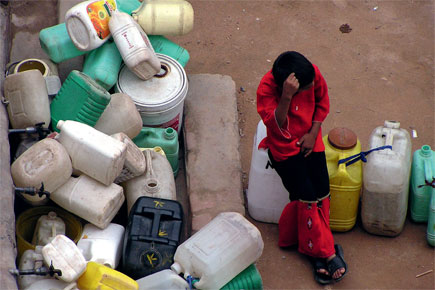 Even as the objectives of the previous policy remain unfulfilled, the Government has come out with a new one


Between the last time the Central Government came up with a National Water Policy (in 2002 during Atal Behari Vajpayee’s regime) and now, a lot of water has not just flown under the bridge but been wasted. Precious time has been lost, and as a result, drinking water for all remains an unachievable target. Now the Government is in the process of formulating a new water policy, without the objectives of the last one having been met.

The ambitious new draft policy (described by an expert as a good essay at best) focuses on using water efficiently and rejuvenating rivers. Also a first in the policy is treating water as a precious natural resource and labelling it an ‘economic good’. The draft calls for a hike in tariffs and proposes ‘reversal of heavy under-pricing of electricity’, which it says ‘leads to wasteful use of both electricity and water’. In agrarian states like Punjab and Haryana, where politicians have built careers on subsidising electricity and allowing over-exploitation of ground water, this could turn into a Centre-versus- state political slugfest, as has been happening in the past, and distract us from the business of water management.

For the last several decades now, political parties have used water as a political good (rather than an economic one, as the policy draft suggests), fuelling inter-state water disputes over which elections are lost or won but the problem at hand is never addressed. Water, once an abundant resource, is fast becoming scarce. The Draft National Water Policy, 2012, talks of water conservation, maximising the value of water and setting up a regulatory authority to settle inter-state disputes. It talks of pricing water adequately and giving incentives for recycling and reuse. Only, experts feel, the policy’s objectives are mere generalisations that do not address the need for urgency in tackling the multiple problems of water management. “The draft is very good in verbosity but weak in intent. It reads like an essay on water management, while at this juncture the policies need to be goal oriented,” says Devinder Sharma, chairman of the Delhi- based Forum for Biotechnology and Food Security.

For states, the message is to gradually shift from the role of ‘service provider’ to that of a ‘regulator of services’ and ‘facilitator ’ for strengthening institutions responsible for planning, implementation and management of water resources. Water- related services should be transferred to the community or private sector with appropriate ‘public private partnership’ (PPP)models, the draft policy proposes. Privatisation without check could lead to further problems. “The water tank mafia that fills in for efficient supply is privatisation too. The Government needs to get down to specifics rather than broad generali sations,” adds Sharma, stressing the need to augment the current supply systems rather than moving to new ones.

The policy lays down that negotiations over the sharing and management of water of international rivers on a bilateral basis should be in consultative association with riparian states, while keeping paramount the national interest. In 2005, in a rare show of solidarity, the Congress and Shiromani Akali Dal in Punjab came together to pass a law in the Assembly that overruled an agreement reached in 1981 and denied any share of surplus water of the Ravi and Beas rivers to Haryana, Rajasthan and Delhi. To prevent other states from following the Punjab example, the new policy speaks of laying emphasis on the need for a national water framework law—a comprehensive piece of legislation for optimum development of inter-state rivers and river valleys.

The new policy also emphasises the ecological needs of a river. It says that a portion of the river’s flow should be kept aside to meet its ecological needs, ensuring that proportional low- and high-flow releases correspond in time closely to the natural flow regime. In recognising water as an ‘economic good, over and above pre-emptive need’, it defines a basic minimum quantity for essential health and hygiene and sustenance of ecology as ‘pre-emptive need’. The draft says appropriate institutional arrangements for each river basin should be developed to collect and collate all data on a regular basis with regard to rainfall, river flows and area irrigated for crops, apart from data for various other uses of both surface and ground water.

Experts concur that a standalone water policy won’t work as long as water management is not factored into formulating policies for urban development, industriali sation and rural development.