Digital Piracy: View to a Kill 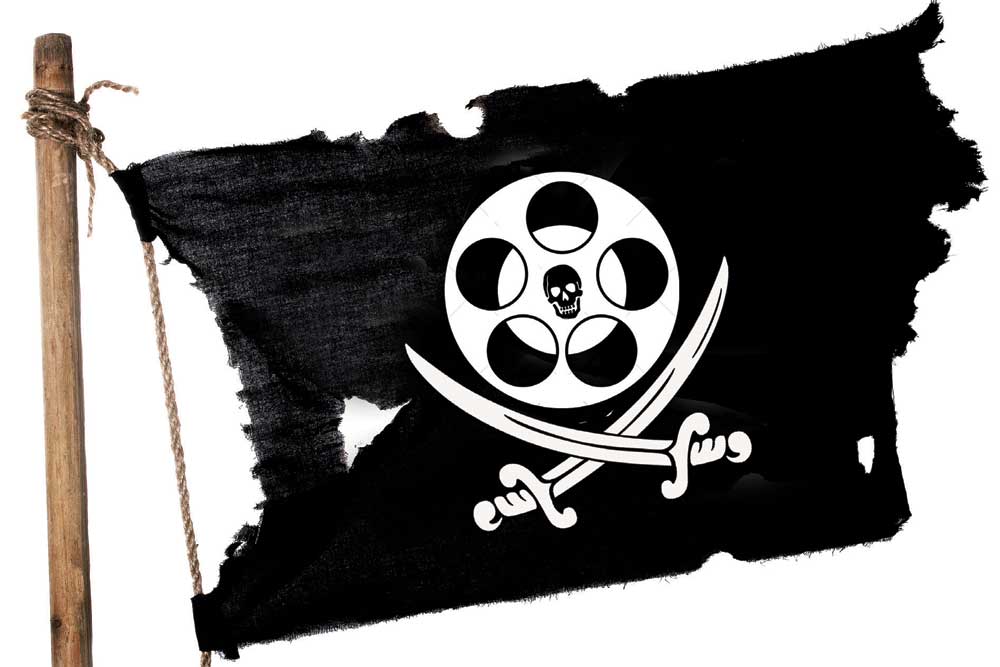 “ALL OF US have been having sleepless nights,” says a visibly sleep- deprived Girish Kumar — founder of Aiplex Software, a Bengaluru- based anti-piracy agency—gesturing at his 100-odd employees. They have all been kept awake for the past 48 hours by a file that, irrespective of what they do, keeps reappearing on the internet.

On 15 June, at around 12 in the afternoon, Kumar noticed what turned out to be a 40-minute-long clip of the film Udta Punjab on a torrent website. The makers of the film had hired Aiplex to monitor and deal with any pirated copy of their film. A few days earlier, on 13 June, once the Bombay High Court had cleared the film and it appeared that the film would be released on 17 June as planned, Balaji Motion Pictures, the film’s producer, had applied for a John Doe order at the same court. John Doe orders are injunctions against anonymous offenders. When granted, it can be used as a pre-emptive measure against copyright infringement.

When Kumar saw the clip two days before the film’s theatrical release, the injunction was yet to come through. “We panicked,” he says. “We showed it to the production unit. It was a substantial part of the film that hadn’t been shown to the public, not even in the trailer. We knew that the uploader must have the entire film.” By the time Kumar and his team got cracking on the illegal 40-minute clip, just as he feared, another link appeared—this one featuring the entire 150-minute-long film. The John Doe order banning 800 links was rushed through and secured. But as Kumar and his team—through legal intimidation and successful pleading—began to take down the links, more and more turned up. “By the time we would take down 70 illegal links,” Kumar says, “about 30 links that we were targeting next multiplied to 300 into a matter of minutes. The 300 then ballooned to 3,000. It was a nightmare.”

As is the nature of modern peer-to-peer online applications, people while downloading a copy of the film on their computers were also ‘seeding’ other devices with copies. By 15 June, the film was one of the most popular files worldwide on online torrent websites. Even though those links were taken down, others came up to replace them in the list of most downloaded torrents. By Friday morning, the day of the film’s release, around 10,000 links of the film had appeared, and at least a million users had downloaded it.

“Normally, for a Bollywood film, it takes about a month for a total of 10,000 pirated links to surface (including those taken down and still available) and for about 1 million people to have downloaded them,” Kumar says. “But this time, we reached these figures in 48 hours.” The fact that the film had been in the news for several days, coupled with fast-spreading word of its pre-release leak, according to Kumar, was the reason that this occurred.

For all the controversy around the film, and whether members of the Censor Board deliberately leaked the film (most of the copies carry the ‘for censor’ watermark), the sheer volume of downloads, and the shock of a prominent film hitting the web before its scheduled release, highlights an under-acknowledged problem in India: digital film piracy.

Several studies have pointed out the enormity of the problem. In 2008, when internet piracy was still incipient in the Indian online space, an Ernst & Young India report presented at a Federation of Indian Chambers of Commerce and Industry conference estimated that the Indian entertainment industry—which includes films, TV and music—loses an estimated $4 billion and 820,000 jobs each year to piracy. A year later, the Motion Picture Distributors Association India, the local office of Hollywood’s Motion Picture Association (MPA), found that India was the fourth largest downloader of films, behind the US, UK and Canada.

By 2008, TorrentFreak, a website that reports on torrent websites, had identified India as the main growth market for BitTorrent , an internet application that helps one access such websites. By 2010, this news site claimed that India, for many BitTorrent websites, had beaten the US to become their main traffic source. In 2012, the MPA claimed the Indian film industry was now losing almost $959 million and 5,177 jobs to piracy every year. Unsurprisingly, two years later, the US had placed India on the ‘International Piracy Watch List’, which names countries said to be doing little to address high rates of digital piracy.

“In the last few years, internet penetration in India has grown much more. The use of cell phones to download and view pirated content has overtaken even desktops,” claims Abhishek Dhoreliya, CEO and founder of MarkScan, a digital content protection and advisory firm that works with several film studios and production houses. As filmmakers fear, piracy is gradually becoming an accepted habit where people will eventually be unwilling to pay for film content.

About 30 links that we were targeting multiplied to 300 into a matter of minutes. The 300 then ballooned to 3,000. It was a nightmare

Last year, Bollywood actress Kriti Sanon boarded a flight and found her co-passenger watching a pirated copy of her film, Dilwale, on his cellphone. He continued to do so even after she objected to this. She tweeted a picture of the smiling offender: ‘Someone watchin(g) pirated version of Dilwale in front of me on phone in the flight! Annoyed!!’

Also, Piracy is changing rapidly— from the earlier business-to-consumer model where a pavement raid could yield several thousand illegal DVD copies, or effective monitoring would restrict cable operators from streaming pirated content, to a model where piracy is a consumer-to- consumer file-sharing model, and where the modern-day pirate is nameless and faceless and who moves his servers from one country to another before authorities can take him down. And it isn’t just multiple camcorder copies of poor quality appearing on the day of the film’s release. Several good prints are being leaked even before the ‘first day first show’. This year, Udta Punjab appeared two days before its release. Last year, the film Manjhi-The Mountain Man appeared online 10 days before. During the same month of August, the still-unreleased Sunny Deol-starrer Mohalla Assi found its way online. In the past, Anurag Kashyap’s Paanch and a rough cut of Sudhir Mishra’s Tera Kya Hoga Johnny also appeared online before they could reach a theatre. “I can’t understand how a film can get leaked before its release,” Nitin Mavani, a film producer and the current vice-president of the Indian Motion Picture Producers’ Association, says. “In the 1980s and 1990s, we would combat piracy by raiding video parlours and movie libraries, but now it is out of control.” Mavani says that film producers now are so afraid of leaks that they assign a trusted employee to guard a digital copy of the film when it is submitted to the Censor Board.

Piracy is biting huge chunks out of film collections. Says Rajesh Thadani, a film distributor, “It is assumed that every film in India loses anywhere between 10 to 30 per cent of its final earnings because of digital piracy,” he says. “Sometimes these films do so well that the loss doesn’t appear substantial. But for smaller films, digital piracy completely breaks them.” He cites the case of Manjhi-The Mountain Man, which when released 10 days after the leak fared extremely poorly. Udta Punjab, however, given the curiosity generated by it, did fairly well, accumulating an estimated Rs 33.30 crore in its first three days in movie theatres. Large productions with big stars don’t suffer as much from digital piracy, Thadani believes, since the marketing push by studios, the presence of big stars and time-tested formulaic elements ensure a steady stream of audiences to big-screen movie halls. Smaller films which depend only on their content are at most risk. “The reduction in revenues will eventually result in studios and production houses making unoriginal and less adventurous choices for films.”

TO MOST PRODUCERS, piracy is growing because of the government’s weak stand on it. As Mavani says, “We need strict IT laws for copyright infringement like we have for child pornography and sedition. And those who are caught recording or distributing pirated content should be penalised severely.” Such laws are, however, difficult to bring about or implement since many of these websites are simply torrent indexing and search sites.

In the past few years, as the issue of piracy has grown, a cottage industry of digital Intellectual Property Rights agencies have appeared that try to protect content online. Firms like MarkScan have developed computer applications that find pirated content on the net. Once found, MarkScan gets the pirated links taken down by issuing notifications and legal notices to these webhosts and reduces the visibility of those that still remain by working with search engines like Google. Some like Aiplex make pirated content less accessible by flooding the web with decoy links of the film, which when downloaded contains a homily about the immorality of piracy.

Aiplex has in the past been accused of flooding torrent websites with millions of requests that eventually crash servers and result in a denial-of-service error, something which is considered unethical and illegal. Aiplex’s founder Kumar denies they have ever resorted to such means, but an online group in 2010 took down Aiplex’s website in retaliation.

Film studios and producers have begun to hire these agencies—contracting them from four to six weeks for each of their releases. But, as Dhoreliya claims, much still needs to be improved. “The few big film studios in India are the ones who realise the threats of digital piracy,” he says, “But the smaller Indian studios are yet to fully wake up to online threats.”

According to a source in Bollywood, several industry bodies of producers and distributors are clueless about how digital film piracy works today. “There are bodies like the IMI [Indian Music Industry, a trust representing recording distributors in India] that have around 15 to 20 people in Delhi that works on anti-piracy efforts. But all they try to curb are the spread of pirated CDs,” he says. “Can you imagine, a body tasked in the 20th century to look at piracy, which doesn’t even have one person to look at online piracy?”

There are some, however, who argue that digital piracy is a reality of our modern existence that will exist regardless of new laws or other efforts. The Kannada filmmaker Pawan Kumar, who crowd- funded his acclaimed 2013 sci-fi film Lucia, believes digital piracy gets magnified by the lack of access to films. “There will be a group of people, most of them students in the age group of 16 to 25, who will watch pirated content. But there is an untapped audience that will pay to watch a film online, provided you make access and payment easy.” On the third week of his film Lucia’s release, Kumar put up the film online, available for viewing upon paying Rs 50. A copy of that online print soon made it to a torrent website. Since then, Kumar has had to take down illegal copies of the film several times. But he still continues to furnish a pay-per-view copy of Lucia, despite the risk. He is now working on getting his next film U Turn online.

“Thousands of people will download and watch films illegally. That’s the way it is,” he says. “But if even 1,000 people are able to pay and watch the film [after it is made available], you get an audience you never had before.”