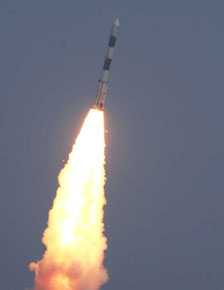 India has notched up yet another space success with ISRO’s launch of Astrosat on 28 September. This is the country’s first extra-terrestrial observatory. Very few countries have such observatories. India’s Astrosat joins the US Hubble, Russia’s Spektr R and Japan’s Suzaku in studying celestial bodies and astronomical phenomena from the special vantage point of an orbit around Planet Earth.

It is also a matter of pride that Astrosat’s launch vehicle PSLV-C30 has placed in orbit four American satellites. Recall that 40 years ago, India had leased a satellite from America’s space agency NASA. Much has changed since then. The PSLV-C30 also carried with it a couple of other satellites of international customers, marking the success of ISRO’s commercial arm, Antrix, which offers space services to other countries for a fee. There was one each from Indonesia and Canada, to be placed in the Earth’s lower orbit, and these are meant for maritime surveillance. Antrix has been selling its services as being especially economical, and the Rs 178 crore Astrosat mission will seal ISRO’s reputation on that count as well.

Coming on the back of India’s Mars Orbiter Mission, which stunned observers across the world with its cost efficiency, the latest launch has drawn global attention to the rapidly advancing capabilities of Indian Space Research Organisation (ISRO). Its past successes have included the launch of its GSLV rocket, which had an indigenous cryogenic engine that not many thought it could build. In another experiment, ISRO is closely working with NASA on an advanced radar imaging project called NASA-ISRO Synthetic Aperture Radar (NISAR). This is expected to help map the planet down to its minutest detail and is scheduled for a 2020 launch.

For now, researchers are excited about what Astrosat could offer by way of new knowledge. The space observatory will be dedicated to studying a wide range of objects and phenomena, including black holes, far-flung stars, galaxies, quasars, pulsars and white dwarfs. A multi-wavelength satellite, the 650 kg-spacecraft is equipped with X-ray payloads and an ultra-violet imaging telescope and will generate data that would be of use for future space exploration.

The spacecraft is expected to operate for five years and during its life span will scan space spectra of various kinds and will relay the findings to an earth station for assessment and research.

The Astrosat mission was originally planned for 2005 but given the need for high-tech measuring and observatory equipment, it was delayed for almost a decade.

Astrosat is being touted by some as a ‘mini-Hubble’. However, it must be noted that comparisons with the Hubble Space Telescope do not stand scientific scrutiny. While the latter is capable of capturing extremely high-resolution images with an optical mirror of a 2.4 metre diameter, Astrosat cannot match it with its 30 cm mirror. However, there are other things that Astrosat captures well. And if all goes well, researchers will soon have plenty of data to crunch so that we acquaint ourselves a little better with the universe.