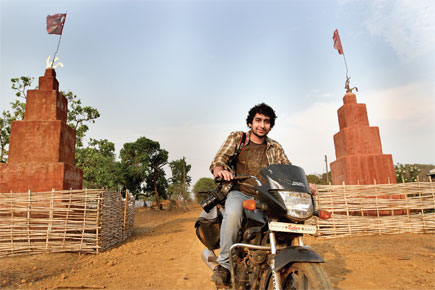 
NEW DELHI ~ To quote a friend, there used to be another Tarun in Tehelka. He is now no more. He passed away last week, after struggling for weeks with a lethal combination of falciparum malaria, typhoid and jaundice that hit him during an assignment in the jungles of Chhattisgarh. There is an outpouring of grief all over, on social networking sites, and his friends and colleagues have written glowing tributes to his commitment and dedication towards his work. Nothing that he did not deserve. Except his death at the age of 22.

When he was clutching on to life in a Gurgaon hospital, one of his editors wrote a piece about the courage it takes to go to Abujhmaad to chronicle the lives of Adivasis there who lead a hellish life. It spoke of how Tarun Sehrawat and his reporter colleague walked 40 km in a hostile territory with no access to safe drinking water. It glorified the fact that the duo did not turn back once they ran out of the little water and food they were carrying. The editor also wrote, almost approvingly, of how the two had slept in the open, with ‘no protection from insects’. Last week, when it became certain that Tarun won’t survive, the editor wrote another piece, this time on the ‘dignity and impenetrable grace’ of the young man’s father and how he had authorised a biopsy to enable the doctors to ‘increase their understanding’.

As someone who has reported extensively from central and east India—the region we know as the ‘Red Corridor’—such pieces make me really angry, especially when an editor writes them. First of all, there is no glory in dying like this. There is no glory in persisting when your water has been exhausted and you are not even carrying chlorine tablets that weigh just 20 gm. And there is no glory in saying that you slept in the open in the jungles of Chhattisgarh when it can result in something really dangerous entering your liver. I could have considered it ignorance, but then I know that the reporter who travelled with Tarun is an old hand. Just how they were so under-equipped to travel in these parts is beyond my comprehension.

The Naxal story is the big story now. It is the new Kashmir. All of us want to be part of it, to be able to say in our profiles that we have reported from the ‘heart of darkness’, and to be able to put up photographs on Facebook clicked with young Maoist guerillas in military fatigues. But editors and reporters and photographers must bear in mind that travelling through Abujhmaad is not like taking a boat ride to Alibaug. One must be fully prepared. Most reporters only travel deep enough to be able to return by night to the stained white bed sheets of some hotel. But those who venture beyond must know the standard operating procedure.

There is no foolproof weapon against malaria. But if you pop a combination of two tablets before you begin your journey, and keep taking them till at least two weeks after you’ve returned from the endemic area, your chances of getting malaria are significantly reduced. It does not take much to understand that one must cover one’s body, and even during the day one must use liberal quantities of mosquito repellents. When I am there, I even put Odomos in my ear’s concha and other places that I’m embarrassed to mention here.

When one is embedded with Maoists, you don’t have to worry about water. They know relatively safe water sources and boil it wherever they pitch camp. But even then, carrying chlorine tablets is a necessity and can save your life. In winters, it gets quite cold and one must carry a sleeping bag. In summers, a mosquito net or at least a thin cotton sheet is an absolute must. Veteran Chhattisgarh reporters will tell you how they make preparations before they travel deep into the jungles. Most editors may not know of the hazards a reporter has to face in a harsh terrain like Chhattisgarh. So the onus is on the reporter to equip himself, to fortify himself as much as he can. That means doing proper homework before one sets off on such an assignment.

I normally travel light, carrying just one rucksack. Because, when you must walk 40 km and sometimes much more, you almost wish you could leave one of your limbs behind. That means I carry one change of clothes (and half a bar of detergent cake so that I can wash them when I can) in my bag. The rest of it is filled with medicines that include antibiotics, painkillers, topical pain relievers, ORS sachets, glucose, etcetera.

These are only precautions. Even after taking these, you could still fall seriously ill. Or you may die of snakebite. Or a bear might just blow off the top of your head. Or you might die in an ambush. There is, of course, much more to the overall security drill. More than often, small marketplaces in Naxal areas are like a snake pit. You don’t know who is who. The frail man seated next to you on a bench outside a tea shack might be a police informer. Or a Maoist sympathiser. The best thing in such places is not to talk loosely, avoid attracting attention, and maintain a low profile. And that is true of bus terminals, hotel lobbies and eateries as well.

Also, when one reports from a place like Bastar, one must remember that the story is about what is happening there, about the people and circumstances in which they live. The story is the absence of drinking water. The story is not what you encounter on your way there. That at best can be a passing reference. For the rest of ‘your story’, there is always Facebook. Also, no first-hand account is more important than your life.

Unfortunately, most Indian media organisations have nobody to tell journalists like Tarun Sehrawat all this. In the past five years, I have seen at least two of my friends return from the brink of death after returning from Chhattisgarh. In 2007, photojournalist Ishan Tankha, who is now my colleague at Open, was struck by the same lethal ailments as Tarun Sehrawat, but timely medical intervention saved him. The same year, another friend who went to Chhattisgarh and chose—against better advice—not to take anti-malarial medication or carry a sleeping bag, returned miraculously from his deathbed. Ishan has returned to Chhattisgarh since, and he never forgets to carry, among other essentials, a huge pack of Tabard, a highly effective South African insect repellent.

When Tarun returned, someone in his office should have been able to tell him that if he’s feverish after a Chhattisgarh trip, he should instantly get admitted to hospital. But he continued to work for a week, then spent another week or so in a Ghaziabad hospital before he was shifted to the super-speciality hospital in Gurgaon. Had that been done, he would be alive today. And Tehelka would have been carrying one of his photo essays, not ornate essays masquerading as tribute.