A Matter of Time

Clocks in India’s Northeast may be in sync with IST, but they’re out of sync with everything else. 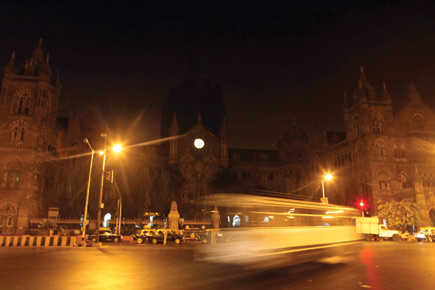 Clocks in India’s Northeast may be in sync with IST, but they’re out of sync with everything else.


Lost, somewhere between sunrise and sunset, two golden hours, each set with sixty diamond minutes. No reward is offered, for they are gone forever.

Time has exacted a heavy toll on the 42-odd million people of the seven Northeastern states. ‘Time’ as in the Indian Standard Time (IST). Adhering to this time has resulted in terrible economic, social and physical losses for the people of this poverty- and militancy-afflicted region that is, geographically speaking, at least two hours ahead of IST. What’s dawn for large parts of India is actually mid-morning for this region, and what’s dusk for the Northeast is late afternoon for, say, Delhi. Now, having suffered this time lag for 62 long years, people of this region have started demanding a separate time zone for the Northeast.

At the forefront of this demand, and in fact the person who sparked it, is award-winning film director Jahnu Barua who has extensively researched the ill-effects of setting clocks by IST in the Northeast. This Padma Shri awardee has convincingly calculated that following IST cost the seven states a whopping Rs 1.39 lakh crore over the past 40 years in additional power consumption alone.

“Going by IST has lowered productivity, caused health and psychological problems and has had a huge adverse affect on our society,” Barua tells Open. The root of the problem is that the sun rises much earlier in the Northeast than the rest of the country. “We ought to be guided in our activities by our biological clock that corresponds to the movement of the sun and daylight hours. But here, IST, that’s two hours behind what ought to be our local time, guides our activities. This means we lose precious daylight hours. And this has multiple effects, all negative, on us,” Barua explains.

His work has drawn in a host of economists, intellectuals, scientists, students’ organisations and others, slowly coalescing into a major, region-wide movement. “Humans wake up when the sun rises, and in our case, it is between 4.30 and 5 am. Office starts at 10 am, and by the time a person goes to office, he’s already been awake for five hours and done a lot of work like household chores. So he’s fatigued when he reaches office. The prime working hours when a person is rested and fresh are lost. Office ends at 5 pm when it’s nearly dusk, and by the time he
reaches home, it is pitch dark, mid-evening in fact if one is to go by the sunset time. So a Northeasterner loses out on precious, early-evening family time as well and this has caused a breakdown in social and family structures and values,” Amiya Sharma, prominent economist and executive director of Rashtriya Gramin Vikas Nidhi, one of the most reputable institution builders in the region, tells Open.

Sharma cites the example of his early childhood as a student in a school at his native village: “Classes would start at 10 am and our teachers would arrive dead tired after having put in a good few hours’ work in their fields or at home, and would snore off. Had classes started at 8 am local time (10 am IST), this would not have happened. Learning, work and so many other activities are suffering terribly because of this.”

RK Barman, who heads the science and technology division of Assam Science Technology & Environment Council, tells Open that since body functions are related to the sun’s movements, and local time is ahead of IST, Northeasterners are suffering from a host of ailments as well. “A person usually has breakfast before going to work and since office is from 10 am IST, breakfast is had at about 9 am IST—when it is, actually, close to noon. Similarly, lunch at 1.30 pm IST is actually mid-afternoon by local time and dinner at 10 pm IST is past midnight in eastern Arunachal Pradesh, Nagaland, Mizoram, Manipur and upper Assam. Having food at such times causes ailments as well as psychological disorders,” says Barman.

Studies have shown that people in eastern and Northeastern India are more prone to stomach ailments and digestive disorders. Also, studies have shown that 70 per cent of office goers in this region wake up at least two hours after sunrise—since they’re governed by IST—and this ‘rising late’ habit has been proved to be a cause for many ailments, physical as well as psychological. Abhijit Sharma, assistant professor at the Indian Institute of Bank Management, says that the poor work culture that’s endemic to this region is the direct fallout of the region following IST. “I was in Senapati town of Manipur recently and the sun rises there at 4.30 am, shops are open by 6 am and the town was abuzz with activity when the rest of India was in bed. But offices start at 10 am, mid-day actually there. Senapati’s longitude is 94.5º east while IST is based on the time at 82.5º east. This 13º difference translates into a time difference of nearly two hours. Imagine the loss being incurred, especially in terms of work at government offices, on account of  a loss of two precious daylight hours,” he adds.

Proponents of a separate ‘North East Time Zone’ cite the examples of Bangladesh, Singapore, China and many other countries to support their case. “Bangladesh has set its standard time (BDT) on 105º east, which is actually the longitude that Singapore, further east, is located on. BDT is now one-and-half-hours ahead of IST. This, when Bangladesh is actually 30 minutes behind large parts of the Northeast in actual local time. People of Bangladesh benefit from 90 minutes extra daylight time everyday compared to us here. Singapore has set its time at 120º east longitude, keeping the country advanced by one hour to extract as much daylight time as possible. China has done the same. Countries like the USA and China have separate time zones,” says Jahnu Barua.

The powerful All Assam Students’ Union (Aasu) has roped in its sister unions in the other states to launch a movement for a separate time zone. “Lakhs of man-days are being lost every month due to low productivity caused by following IST. We waste such a lot of electricity everyday,” said Aasu advisor Samujjwal Bhattacharya. Organisations like the Sadou Asom Karmachari Parishad, a union of state government employees, have endorsed the demand and want offices in Assam to start at 9 am. Some politicians are also entering the fray. All for the sake of time.

Horace Mann, the famous American education reformer, would have approved.