A Brief History of the Other 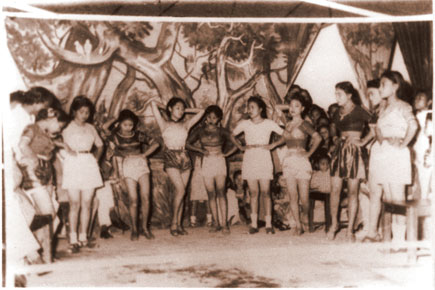 In May 2012, there was a brief debate in Parliament after two students from India’s Northeast died under mysterious circumstances, one in Bangalore and the other in Gurgaon. Responding to BJP’s Arun Jaitley, the then Union Home Minister P Chidambaram dismissed the treatment meted out to Northeasterns in Delhi and elsewhere as “subtle discrimination”. He said the same had been experienced by other communities at other times.

One of the dead boys, Richard Loitam, was from Manipur. But no one from Manipur could watch this debate on television because the state was reeling under a power cut. That is something people in Manipur are used to. There is hardly any electricity in this northeastern state. Even bank ATMs work for only a few hours every day.

Chidambaram, of course, did not mention that. Nor did he make any reference to how, two months earlier, the police in Delhi had rounded up many people from the Northeast, mistaking them for Tibetan refugees, who they feared might create trouble during the BRICS summit attended by Chinese President Hu Jintao. Some among them were asked for their passports. Chidambaram has since moved on to the Union Finance Ministry. So he is no longer answerable for the not-so-subtle discrimination that led to the tragic death of Nido Tania in a middle- class market of South Delhi.

But it was not a shopkeeper and his friends who killed Tania. He was killed by the pyromania that the Indian State has subjected the Northeast to over the decades. Tania is dead because the State, in its egotism and vanity, has failed to resist impulses to act like the Machiavellian Prince—as one who is interested only in gaining and maintaining power without any regard for moral value.

The truth is, right from the beginning, India has failed its Northeast.

In April 2001, I was in Manipur on an assignment. At the Telegraph Office in Imphal, I met an elderly man. We got talking and I mentioned to him that I was travelling the next day to Moirang. No sooner had I said this than the man got up, clicked his legs together to attention, and uttered: “Netaji!”

It took me a moment to figure out why he had done that. It was in Moirang, 45 km from Imphal, that Colonel Saukat Hayat Malik of Subash Chandra Bose’s Indian National Army had, on the evening of 14 April 1944, hoisted the Indian tricolour with a springing tiger as its emblem. This was the first instance of the Indian flag being hoisted in an area liberated from the British Empire. People gather every year at an INA memorial in Moirang on 24 January to commemorate the birth anniversary of Netaji, as Bose was called.

I wondered then if the man had ever travelled to other parts of India, and if not, would his patriotism withstand the trial of jeers and taunts and racial slurs he may have to suffer? Maybe it would, I think now. Because even as we spoke, a tragedy called Malom had occurred less than six months earlier.

Malom is a town one has to pass through on the way to Moirang. It is here on 2 November 2000 that 10 civilians were killed in cold blood by Assam Rifles personnel in retaliation to an attack on their convoy by insurgents. The victims, who were waiting at a bus stop, included Sinam Chandramani, a 1988 National Child Bravery Award winner. Till date, the victims’ families have got no justice. Chandramani’s mother told the journalist Anubha Bhonsle some time ago that she still receives letters from the Indian Council for Child Welfare, enquiring about whether her son is doing well.

When I spoke to that man in the telegraph office, Irom Sharmila Devi’s fast against the Armed Forces Special Powers Act was a few months old. Her protest fast is in its fourteenth year now. The rubber tube down her nose has failed to move anyone in the Indian establishment. Nor have the naked, wrinkled bodies of old women who in July 2004 held a banner of protest against the rape and killing of a local woman by paramilitary soldiers made India rethink its attitudes.

In 2011, when Prime Minister Manmohan Singh and UPA Chairperson Sonia Gandhi visited Manipur, a 121-long economic blockade had just been lifted. But the two leaders barely mentioned it. Singh said, like he says after every terror attack, that he hoped that no repeat (of the blockade) would be seen. However, as this piece is being written, a tribal students union has called for another protracted economic blockade in the state. The last episode had paralysed life in the state. While rest of India was oblivious, boxing champion Mary Kom, who later won a medal for India in the 2012 London Olympics, was cutting firewood in her backyard during the blockade to cook food for her children. LPG cylinders were sold in the black market for Rs 2,000 while the cost of petrol went up to Rs 200 a litre. Hospitals in Manipur faced a severe shortage of medicines and life-saving supplies— of oxygen cylinders, for example. While ordinary Manipuris were denied basic amenities, the politico-militant nexus thrived in the state. From a few, the insurgent groups in the state grew to over two dozen.

But it is not only Manipur. It is about how India has never fully opened its arms to the Northeast. In our national consciousness, its people were always ‘the other’. It was as if they were separated from us by some beastly fault line. Consider what Sardar Vallabhbhai Patel wrote to Jawaharlal Nehru in a letter dated 7 November 1950: ‘Our northern and north-eastern approaches consist of Nepal, Bhutan, Sikkim, Darjeeling and the tribal areas in Assam. From the point of view of communication, there are weak spots…. The people inhabiting these portions have no established loyalty or devotion to India. Even Darjeeling and Kalimpong areas are not free from pro-Mongoloid prejudices.’

During the 1962 Indo-China war, when the Chinese army overran the Indian forces and came sweeping down the Brahmaputra valley, Nehru said in a speech on All India Radio that his heart went out to the people of Assam. After hearing these words from their Prime Minister, people from Tezpur in Assam began to flee. Four years later, in 1966, India used its Air Force fighter aircraft to strafe and bomb Aizawl to crush the Mizo insurgency there. In March 1966, hundreds of bombs dropped by the Air Force ravaged Aizawl. Thousands of people found their homes destroyed and were later forced to move out of their villages into security camps where they could be monitored by the Indian State. This was done under the military concept of ‘strategic hamleting’ devised by British General Harold Briggs for use against Communists in Malaya.

While we expected the British to apologise for the Jallianwala Bagh massacre in Amritsar, Punjab, we never thought of extending the same to our countrymen in Mizoram. Forget apology, the Mizo bombing is one episode in history that New Delhi has never even acknowledged.

It is this otherness that has stayed. It is this otherness with which New Delhi approaches the Northeast, as if it is engaged in nation-building there to underpin its geographical authority. And this is reflected in people’s attitudes towards those who come from the Northeast. That is why a Congress MLA in Punjab in 2012 thought it was fine—and worse, witty—to suggest that stray dogs be sent to the Northeast for “whatever they do to them” as an extermination plan. This reeks of a stereotyping no better than that of an Indian Air Force pilot Anand Singha held hostage by Naga rebels in the 60s who told the journalist Gavin Young: “When we climbed out of the aircraft we didn’t know how we would be received. I believed we might be eaten.” Successive governments in New Delhi have done nothing to change such perceptions.

Someone should be telling the owners of Café Coffee Day and Barista that young men and women from the Northeast are capable of much more than an ability to speak English and dress smartly. They should be told that much before Indians heard of Reita Faria, a beauty pageant was held in Manipur in 1951 in which the winner was offered a sack of rice. The babu who long ago in a government directory clubbed the ‘seven sisters’ of Northeast along with Nepal should visit the website of the Shillong Chamber Choir and hear what song plays on cue once it opens. Those of a jingoist bent in the Indian heartland should be told of the Naga battalion that was the first to be sent to fight Pakistani intruders during the Kargil War of 1999.

It is Assam that has been sending Manmohan Singh to the Rajya Sabha for the last 23 years. But he has clearly failed its people. The BJP’s Narendra Modi went to the Northeast recently and could see hope only in ancient traditions of health and wellness. “According to Vastu Shastra, if the northeast of your house is good, then you will prosper,” he said in one of his speeches. Somebody ought to remind him that the dosha lies in New Delhi, not the country’s Northeast.

As for Arvind Kejriwal of AAP, nothing changes by a visit to the site of a protest in Delhi against Nido Tania’s death. The opening up of a local party chapter for electoral gains does not suffice either. The real gesture would be to go and visit Irom Sharmila Devi and make an earnest attempt to get that rubber tube out of her body. That would be real Swaraj.

Web Extra: A Day in the Life of a Manipuri Girl in Delhi by Gunjeet Sra