If Siddhartha was indeed dragooned into a watery grave, then the country owes it to him to probe deeper into a crisis 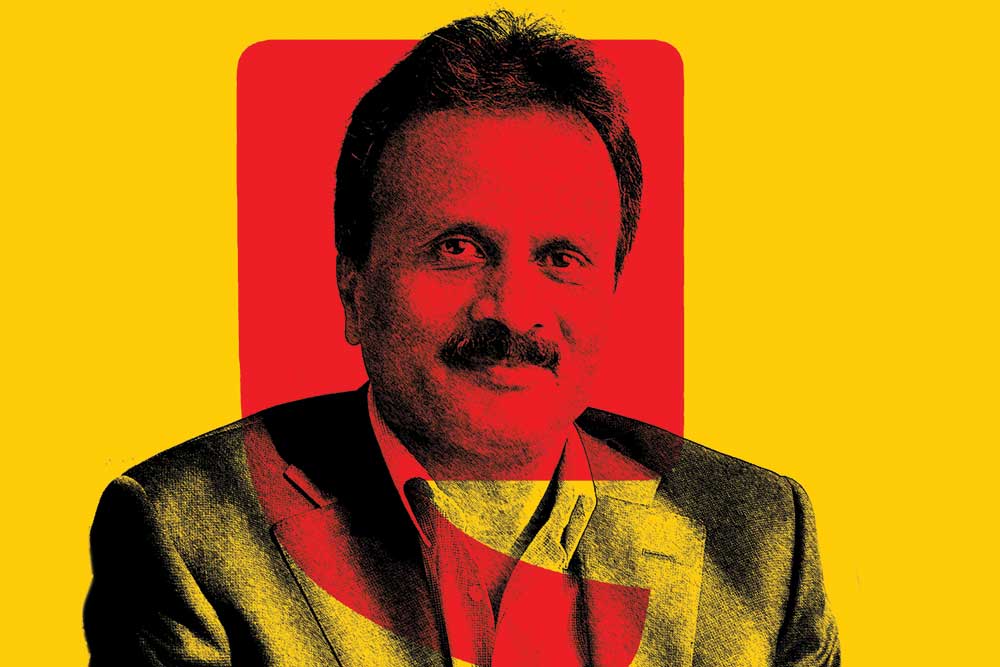 
A LOT HAS INDEED happened over the countless cups of coffee that VG Siddhartha’s stores have served us in the past two decades. Over 500,000 customers walk into a Café Coffee Day every day. Young love blooms, sometimes across the cash register. Start-ups ad-lib their way into aha moments. Families make exigent highway pit stops. Introductions are made trusting frothy cappuccinos to break the ice and the air conditioning to cool down tempers. Geeks kick off caffeine-fuelled code fests, laptops leashed to power outlets and WiFi. For 60-year-old Siddhartha, founder of India’s largest chain of cafés and the owner of Asia’s largest coffee estate, coffee wasn’t a product. It was a bud of pure potential. Between his alarming disappearance from a bridge on the Netravati river near Mangaluru on the evening of July 29th and the visuals of his shirtless body splayed out on the beach that began streaming in on TV over 36 hours later, India was left incredulous. What ill-tempered wind could have laid waste to a life spent building and investing in some of India’s most successful businesses, Infosys and Mindtree among them?

In a letter supposedly written by Siddhartha to the Café Coffee Day family before he went missing, he blames himself for failing to create ‘the right profitable business model despite my best efforts’. The letter, whose veracity is under question, goes on to cite two insurmountable pressures—‘harassment’ by the Income Tax Department and a private equity (PE) investor who was apparently trying to force through an immediate buyback. The business community, reacting to the allegations, has jumped to Siddhartha’s defence, blaming ‘tax terrorism’ for the death of a visionary who created an international brand and directly employed 30,000. Siddhartha’s image was that of a striver who tried to whittle down the group’s debts step by step, starting with a public offer in 2015, while chasing his own ambition of building one of the top three coffee brands in the world.

Overnight, Siddhartha has become a symbol for an aggressive tax mop-up regime that, in combination with slow redress, is dragging India down on the ease of doing business index. VG Siddhartha was accused of tax evasion in 2017 and raids were conducted at his residence and office premises at over 20 locations in Bengaluru, Chennai, his home district of Chikmagalur and Mumbai. Coffee Day Enterprises, the coffee chain’s holding company, had allegedly not declared income to the tune of Rs 650 crore. The following year, Siddhartha’s father-in-law, former Chief Minister and veteran Congressman SM Krishna joined the BJP in a move that was conjectured to ease the business’ passage through the tax corridors. But Siddhartha’s troubles did not end there. The unverified letter references a recent incident with the Income Tax Department, which provisionally attached 7.49 million shares in the consulting firm Mindtree that belonged to Coffee Day Enterprises and to Siddhartha in January this year. These assets were unfrozen the following month, but only in exchange for attaching 4.601 million shares of Coffee Day Enterprises held by Siddhartha.

A string of debtors, too, was on Siddhartha’s heels. He seems to have been a victim of a uroborosian debt financing cycle in the aftermath of the Infrastructure Leasing and Financial Services (IL&FS) collapse. In March, the Coffee Day founder exited Mindtree after two decades due to pressure from debtors who found themselves in a liquidity crunch after defaults in payments by IL&FS. The profit he earned from the sale of his 20.31 per cent stake to Larsen & Toubro—Rs 2,850 crore—was to be used to pare the group’s debt, which stood at Rs 6,547.38 crore as of March 2019 according to the unaudited reports of 2018-19, an increase of 64 per cent over the previous year. A highly placed source at the CCD Group told Open that the debt burden is unlikely to have pushed him over the edge. “Our total assets are valued at over Rs 10,500 crore, in addition to Café Coffee Day the brand, which runs over 1,700 cafes, 54,000 vending machines and over 500 express-format stores, and is valued at about Rs 7,000 crore. Most of our outlets, after restructuring and segmenting into regular cafés, Lounge, The Square and express counters, are making profits. To say that Siddhartha could not build a profitable brand is not fair.” His family owns 12,000 acres of coffee estates in Karnataka. Over 20,000 tonne of coffee grown and processed here by the Coffee Day Group is exported every year. Siddhartha was said to be in early talks with Coca-Cola recently to sell a substantial stake in the coffee chain, but raising fresh funds was reportedly proving harder than he thought. Café Coffee Day recorded revenues of Rs 1,777 crore and Rs 1,814 crore in 2017-2018 and 2018-2019, respectively. It hopes to close 2019-2020 with Rs 2,250 crore. Siddhartha was a majority shareholder of Coffee Day Enterprises, holding 32.75 per cent of shares, even if over 70 per cent of these had already been pledged. His wife, Malavika Hegde, holds 4.05 per cent. The largest PE shareholders are NLS Mauritius, holding 10.61 per cent, KKR Mauritius at 6.07 per cent and Marina West Singapore at 4.63 per cent.

“Their methods may be questionable but one cannot blame PE investors for trying to enforce the terms of a deal. The tragedy could have been averted if the tax authorities had not harassed him. Was there a tax demand or assessment made before they attached his Mindtree shares? An investigation must be made,” says TV Mohandas Pai, a former Infosys Chief Financial Officer and an investor himself. “The sad truth is that tax officials treat people shabbily and indulge in all kinds of abusive behaviour. India is tarring and feathering its businessmen,” Pai says. “Siddhartha was a self-respecting, middle-class Kannadiga. He must have feared public humiliation.”

The son of a coffee grower and a stock trader who made millions from intermarket arbitrage, Siddhartha shunned publicity. What he was proud of was building a business from scratch—from 40 retail coffee outlets in Chennai and Bengaluru, and then from the one café that started it all. It opened on Brigade Road in Bangalore in 1996 and became a place where you could browse the internet while sipping a fancy coffee—all for under Rs 100. The following year, Café Coffee Day set up a kiosk at Infosys where he subsidised the coffee, selling it at Rs 5 to promote café culture. Siddhartha had underwritten the public offer in 1993 of what was to become India’s second-largest software company.

Besides the coffee business, the Coffee Day Group has interests in real estate, logistics and other sectors. Ankur Bisen, Senior Vice-President of the Retail and Consumer Products division at Technopak, a consultancy, says that although the cafés have recovered from the slump of a few years ago, other companies may be dragging the group down. “The conglomerate style of functioning doesn’t work anymore. It was a function of a certain era. Today, you have to build deep expertise,” Bisen says.

For an investor with a quiver full of arrows, Siddhartha was truly passionate about coffee. Café Coffee Day dispensed with middlemen by growing its own beans, making its own coffee machines at a seventh of the cost, designing and crafting its own furniture and training rural youth to cut costs while contributing to the local economy. If Siddhartha was indeed dragooned into a watery grave, then the country owes it to him to probe deeper into a crisis that should have been no more than normal business stress. Otherwise, the idea of the successful businessman could become a fallacy.