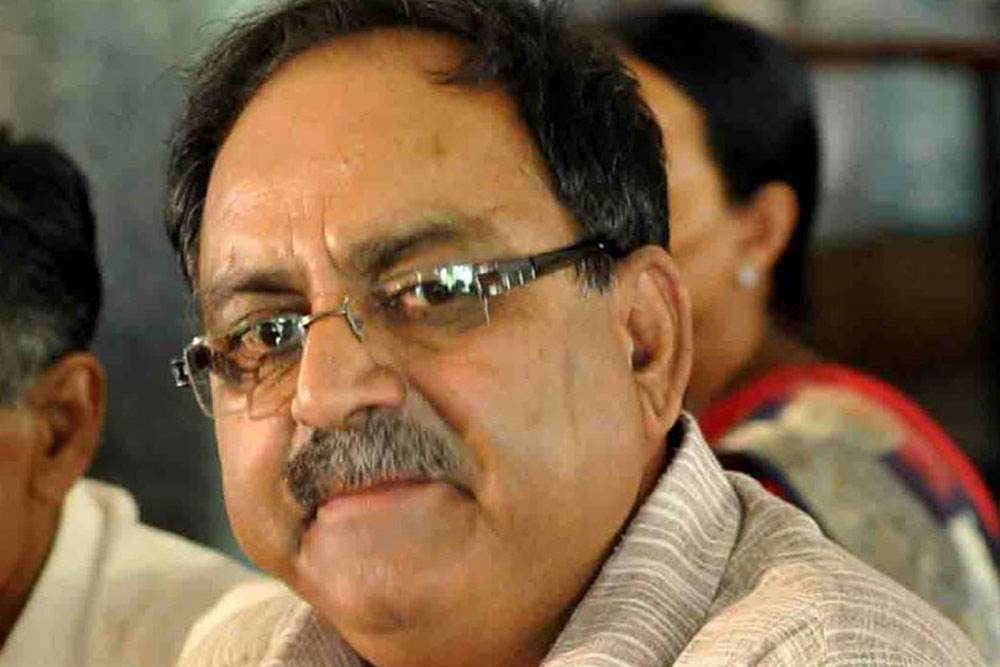 
The first and the last time I met Abdul Jabbar was at his home off Itwari Road in the old part of Bhopal where we had an invigorating chat. What still strikes about this internationally acclaimed, yet nationally unsung social activist is his forlorn look, occasional guffaws, his solemn tone and the brutal sincerity of his words. In the November of 2013 with the election campaign to the Madhya Pradesh assembly in full swing, a fellow journalist and I paid him a visit at his modest house out of curiosity about the man who had been fighting a long, lonely and uncertain battle for the cause of the victims and survivors of the Bhopal gas leak tragedy of 1984 that killed thousands and maimed lakhs of people.

Jabbar had lost his father, mother and a brother to the man-made disaster at the Union Carbide India pesticide plant in Bhopal that left more than five lakh people exposed to the deadly methyl isocyanate gas. Ever since that early December night of 1984, Jabbar, who died on November 14, 2019, suffered from multiple health issues: his eye sight was poor and he wheezed incessantly even in summer thanks to lung fibrosis.

“In winter, especially at night, I always feel I am not going to be alive to see the next morning,” he told us while multi-tasking: speaking to women who were being skilled at an organization that he had founded in the late 1980s and runs within his household; throwing instructions to children; and listening to volunteers. Most women at the centre, part of Bhopal Gas Peedit Mahila Udyog Sangathan, set up in 1987 to address the needs of the widows of the Bhopal tragedy, became tailors. Jabbar ensured that thousands of women were trained by the organization.

Jabbar, who was in his late 20s when the industrial tragedy, one of the worst in history, happened, had been widely quoted in the international media following the accident at the American-owned chemical plant whose senior executives were allowed to flee India. The trial in the case dragged on in notoriously slow local courts for decades before eight former executives of the company’s Indian unit were convicted merely of negligence in 2010. By then one of the executives had died.

Jabbar, a household name in the old section of Bhopal as Jabbar bhai, was at the forefront of the movement to champion the cause of the dead and alive of the Bhopal tragedy till the very end and had organized numerous demonstrations and fought multiple cases seeking compensation for the victims and the next of kin. When we met him in 2013, he told us a story of a visitor at his place who was closely connected with the ruling BJP of the time in the state. Jabbar said the man wanted to know whether he would like to contest from the Bhopal (North) assembly constituency. According to Jabbar, he told the man that he had never hankered after political power and would never want to do so in the future either. In that election, Bhopal (North) was the sole seat in the state where the BJP put up a Muslim candidate.

Jabbar told us that afternoon that the police in the state was markedly anti-Muslim and that it was as a neat ruse to deprive Muslim youth of work that a section of the administration had forcibly relocated mechanics along the highway elsewhere. His views were completely at variance with the versions offered by other Islamic leaders in the city who contended that unlike in certain other states, the Shivraj Singh Chouhan-led BJP government didn’t ‘target’ Muslims. I remember Jabbar telling us that the government pursued “controlled violence” against Muslims. I quoted him in an article I wrote in The Economic Times back then, “The BJP resorts to blackmail tactics against Muslim traders and others warning of consequences if they backed the Congress, which is in disarray and some of whose leaders are hand in glove with the ruling party in corruption.”

Jabbar always had his strong views and, despite that, political parties in the state respected him for his role in his fight for the cause of the victims of the 1984 gas tragedy. Whoever he met received his greetings on auspicious days, be it Eid or Diwali or New Year, from jabbar.bhopal@gmail.com.

We know now that Jabbar’s health had deteriorated over the past several months and he was 62 when he succumbed to multiple ailments and health conditions due to exposure to the killer gas on the night of December 2-3 of 1984. Notwithstanding the agony he had to endure all his life since that night, Jabbar remained loving and compassionate towards people around him. Even when Warren Anderson, the former Union Carbide chief executive, considered the villain of the 1984 accident, died in 2014, Jabbar said in an interview to Telegraph that he harboured no hatred for Anderson. “He was a foreigner, devoid of emotion, and made full use of legal loopholes… I hold Arjun Singh, Rajiv Gandhi and other key players responsible. Even the judiciary’s role has been questionable,” he was quoted as saying as regards the gas leak that caused long-term health hazards, including cancer, liver, kidney and lung diseases, besides other myriad deformities.

Even as he breathed heavily, Jabbar welcomed us with a warm hug and said goodbye to us with an even warmer one. He laughed a lot late into the conversation. He was someone who seemed to love life despite the austerity that he had to maintain to make both ends meet and a long period of torment caused by poor health.

I recall him say loudly when we were about to depart that we should meet again. I would have been delighted to meet that legendary activist again if an opportunity ever arose. That never happened, yet I am glad I had met him at least once.