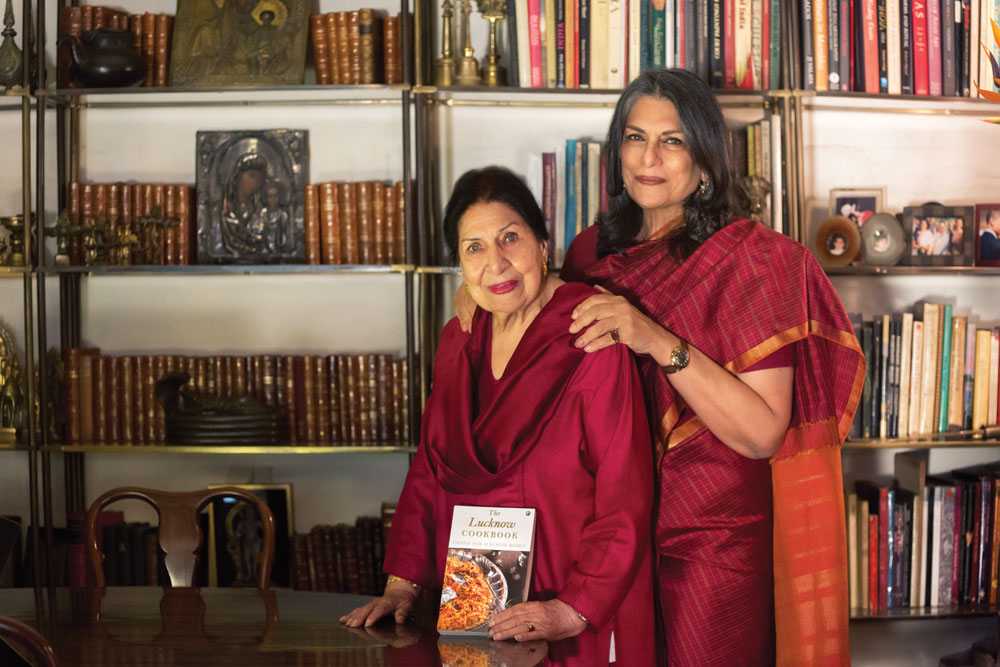 CHAND SUR IS Sunita Kohli’s 92-and-half-year-old mother. When Kohli introduced her recently at a function saying her mother was 93, the older woman quickly corrected her daughter to say that she wasn’t 93 yet. She was born in Quetta, Balochistan, but her ancestors were originally from Multan, also called the City of Saints, a hub on the Silk Route, which had once been besieged by Alexander the Great and has been a cultural and economic nerve centre of western Punjab. Sur’s memories of Quetta are still fresh; she says she always wanted to go back, but never could. Her most vivid recollections are those linked to her mother who would invariably cook up a new experiment every day. “We all wanted to taste those special dishes she had cooked,” remembers the nonagenarian.

The Lucknow Cookbook (Aleph; 229 pages; Rs 499), co-written by Sur and Kohli, has a lot to do with this history of migration from Multan to Quetta long, long years ago. It doesn’t end there. Kohli’s mother met her husband in Lahore, once a melting pot of cultures, in the 1940s. Equally important is her father’s story because her mother picked up recipes from everyone she had been associated with. Indar Prakash Sur, Kohli’s late father, traced his roots to a place called Sur near Jaisalmer in Rajasthan, though for generations his ancestors had lived in Lahore; he used to say that the best bachelors lived in that city. His family had migrated there as Rajput warlords affiliated to Maharaja Ranjit Singh, and later, as the court went into decline, became highly educated professionals.

The Surs, with their rainbow histories, legacies and recipes, moved to Lucknow after Partition. Kohli, one of Delhi’s original socialites and a decorated historical interior designer and architectural restorer, was barely one at the time and grew up with the crème de la crème of the city as friends. While the women had brought with them a medley of recipes from across the western frontiers of undivided India as memories, gastronomes that they were, the family began to pick up new cuisines from friends in various communities—Shias, Sunnis, Kayasthas, Parsis, Brahmins and others— in the multicultural capital of present-day Uttar Pradesh.

This book is therefore not exactly about Lucknow’s Awadhi cuisine, but about an amalgamation of recipes the mother and daughter had learnt thanks to their culinary inheritance and exposure to various cultures. But the tradition of Lucknowi hospitality stays with them. To write this book, Kohli had to think deep, refer to earlier notes based on conversations with her father, and cross-check with her mother who zealously kept suggesting more recipes.

A Padma awardee and the president of K2India, a design and architectural firm, Kohli has had a hectic professional life and to meet writing deadlines for books has not been easy. She toyed with the idea of writing a cookbook for a publisher some six years ago, but had to shelve it after the person she was interacting with in that company shifted out. Meanwhile, she had been approached by Aleph’s David Davidar for a book on heritage sites, and living with four generations of a family under one roof (in Delhi’s tony Golf Links) meant that she wasn’t able to make much headway in completing the project on time. Which was why when she met Davidar at the launch of Shashi Tharoor’s An Era of Darkness in December 2016, she felt embarrassed about her failure to meet her deadline. However, a meeting ensued and Kohli suggested to Davidar an idea for a cookbook based primarily on a set of 345 recipes her mother had jotted down from memory. Though Aleph wasn’t into publishing cookbooks, she got a call the next day from the publishing house asking her to co-author the work with her mom.

What is remarkable about the book is that it is designed as an easy-to-use manual not just for aspiring cooks, but also for chefs looking for a variety of preparations using local ingredients

The going wasn’t easy. Compiling a list of 150 non-vegetarian and vegetarian recipes out of several hundreds that were part of the family repertoire was a mind-boggling feat in itself. Then, Kohli’s husband took ill and had to be hospitalised several months ago. Despite daunting odds, she finally got down to writing a fine introduction, quite characteristic of an English literature student who has, as she says, “an incomplete PhD on Christopher Marlowe”. Titled ‘Vatan Lost and Vatan Found: From Lahore to Lucknow’, it has a Miltonian ring to it. In her ‘acknowledgements’, she writes about the making of the book and the efforts that went into it. ‘My mother decided to re-examine every recipe and made several additions and deletions. As I told our publishers, writing is for professional writers. Apart from that, life gets in the way. This supposedly simple book took 10 to 12 hours of continuous work for almost eight to 10 weeks.’

Kohli says that for foodies to strike a balance between eating well and eating healthy is her mother’s mantra: make sure the ingredients are fresh; and that they are easily available. The importance of tasty and authentic food has been absolutely crucial for her family for generations, says Kohli, and her father used to pay her cook Rs 40 per month while he was in Lahore at a time when the highest market rates for a cook were around Rs 4. Kohli, who had taken notes to write for this book from what her dad had told the family, writes about her parents and close relatives who, she remembers, never complained or showed bitterness about having to leave their riches behind and build a new life in a divided India. Her father had returned to Lahore once, two years after Partition, when it was difficult to obtain a visa.

She writes in the book, ‘My father never returned to Lahore after this visit. I’m sure he would have loved to go back. Many years later, in 2012, I took my mother back to Lahore and we visited Lakshmi Mansions (her Lahore home). The name still remains although the building has become somewhat decrepit. I do not think the best bachelors in town live there anymore! But it was a moving experience for my mother as it had been for my brother Ashok and my sister-in-law, Shuchi, two years earlier. My brother picked up a fistful of mud from the quadrangle and brought it back with him to Lucknow. He said that his eyes had welled up with tears because of the many stories that my father had recounted of this city which he had so dearly loved and had called his ‘vatan’.’

In Kohli’s narrative it is migration and trade that foster the melding of cuisines. For instance, she says, she makes at home hot yoghurt soup which originally came from Istanbul

What is remarkable about the book is that it is designed as an easy-to-use manual not just for aspiring cooks, but also for chefs looking for a variety of preparations using a range of locally available ingredients. The order in which each item has been arranged also makes the read less cumbersome. Sample this paragraph in which she explains the differences between biryanis and pulaos:

Both the dishes consist of long-grained rice preparations. Firstly, pulaos usually accompany a meal, whereas biryanis are the centrepiece of a meal, accompanied by various kinds of side dishes, mainly kebabs. Secondly, pulaos are a single pot dish consisting of seven components—onions, meat, carrots, rice, salt, oil and water. This dish is prepared by sautéing the spices, then the meat, followed by rice in oil or desi ghee… another distinction between pulaos and biryanis is that pulaos are always simpler and milder as compared to biryanis.

In Kohli’s narrative, it is migration and trade that foster the melding of cuisines—as evident from many dishes in India. For instance, she says, she makes at home hot yoghurt soup which originally came from Istanbul. As a tireless traveller, Kohli has had several evocative moments about her ancestry—and about dishes prepared back home—at various spots on earth. In 1998, on a tour of Turkey, she and her mother were amazed to find a signboard that pointed towards Multan, the ancestral hometown of her mother. Such occasions have been par for the course, thanks to what she describes as the ‘rangeela’ history of her ancestors. Her mother spoke chaste Pashtu besides English, Hindi and Urdu. Her father, who worked as the sole distributor for Philips in India, used to speak excellent Persian and Urdu besides being fluent in English and Hindi. Her maternal grandfather had ‘corn-flower blue’ eyes and when her mother travelled with her dad to England, people thought Mr Sur was married to an Englishwoman because Mrs Sur had red hair.

Kohli is glad that all of it gets translated into good food. As regards the effortlessness on display in putting together a long list of mouth-watering home-cooked dishes with a brief outline of their history, she remarks, ‘What goes into making things look effortless is a lot of effort and planning.’

Kohli, now 71, discloses that she has been contracted to write more books, including one on dishes she has picked up from friends spread across India: fortunately, she says, she has friends from Kashmir to Kanyakumari. One hopes she includes among other gastronomic delights some biryanis made from small- grained rice as well, like those exquisite ones from Thalasseri in North Kerala and Arcot in Tamil Nadu. Whatever the final recipe list, it is sure to be flavoured with her unique story. 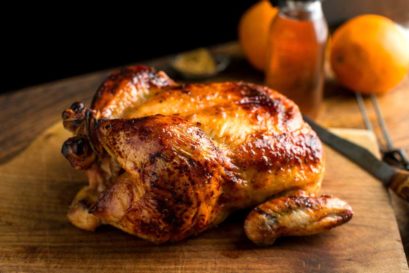 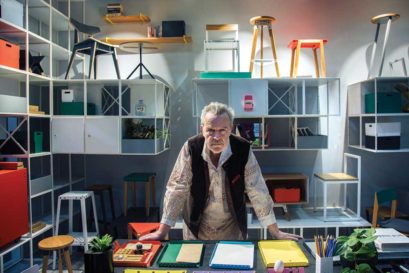 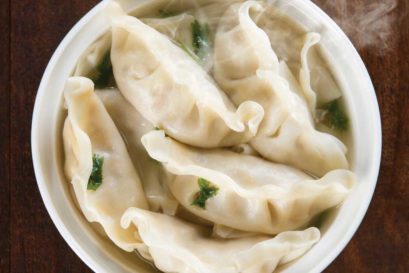 A Tibetan snack that encloses varied flavours as well as memories, draws investment as much as political flak, it boasts of a culinary heritage that some trace to the Mongol Empire