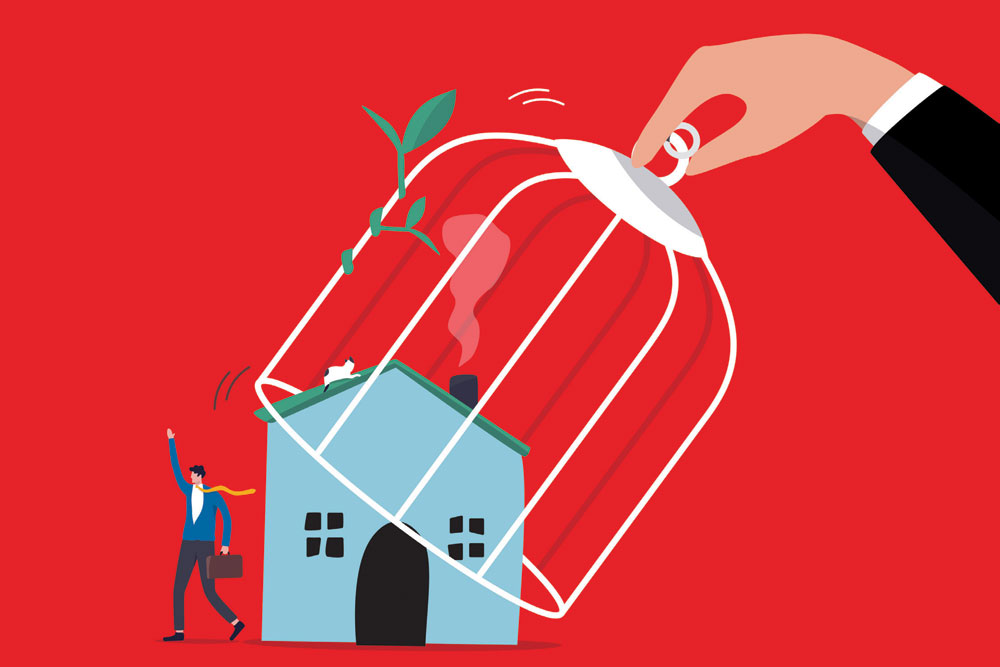 
In all the ongoing assessments of a Covid-19-dominated world, Bangladesh has not quite been in the picture. And yet, unknown to much of the global media, it is a country reeling from the consequences of the coronavirus pandemic.

For starters, the country’s readymade garments industry has been the worst affected, with foreign buyers of Bangladeshi products cancelling orders one after the other. The result has been disastrous, with over 4 million workers in the ubiquitous factories remaining unpaid for months. A good number of workers have either been retrenched or look about to lose their jobs in the weeks and months ahead. With the leadership of the readymade garment (RMG) industry demanding that foreign buyers of Bangladeshi apparel come to the aid of the workers—for the good reason that cancelled orders have washed away as much as $3 bn that would have otherwise come to the industry—the European Union is now mulling a grant for the next three months of Euro 113 million as wages for a million Bangladeshi RMG workers who have lost their jobs or likely will.

Bangladesh’s government has been scrambling to handle a situation that is clearly proving overwhelming for it. The pandemic has officially seen 60,391 people infected with the coronavirus, with casualties rising by the day. So far, officially, 811 Bangladeshis have succumbed to the disease. That, of course, leaves open the question of the situation in the interior of the country, comprising no fewer than 70,000 villages in an area of 54,000-plus square miles. Reports of infections are largely focused on the capital Dhaka together with the neighbouring cities of Narayanganj and Gazipur, but with social distancing largely being more ignored than observed, particularly in the rural areas, fears mount about the immediate future. And, of course, the infection and death figures handed out by the government have been disputed by health experts who feel the numbers are much higher than the government is willing to let on.

But none of that has prevented the government from ordering a reopening of offices and business establishments. In a country of more than 160 million people, the decision has led to mixed reactions. On the one hand, government leaders and business people have made it clear that the economy needs to hobble back to some semblance of order. On the other, social experts have roundly condemned the decision, making note of the fact that the decision has come at a time when the country is obviously moving toward a peak in the rate of Covid-19 infection. The authorities have decreed that public transport vehicles will only carry 50 per cent of passengers as part of social distancing measures. The ground reality, though, has been disquieting. Commuters have made a dash for vehicles, absolutely casting all appeals for social distancing to the winds. On river vessels, similar has been the picture. From citizens’ economic point of view, it does not help that transport owners have clamped fares that are 80 per cent more than what commuters used to pay in pre-pandemic times.

The country’s railways and airline have also resumed services, the latter within the country. Interestingly, on June 2nd, with hardly any sizeable number of passengers willing to travel on Bangladesh Biman, the national airline, the authorities made it known that in-country flights would resume on Wednesday. Educational institutions remain shut, with the education minister making it known that there is little question of their reopening in the existing circumstances. Meanwhile, a clutch of schools and universities, largely in the private sector, have initiated online classes for their students.

Overall, the picture remains grim. A few days ago, the coronavirus unit at a leading, and of course expensive, privately-owned hospital was destroyed in a fire its authorities said was caused by an electrical short circuit. United Hospital is among the medical centres reputed for providing treatment to Bangladesh’s affluent classes. Now that the fire has taken the lives of five patients, all under treatment for coronavirus, a case has been filed with the high court calling for legal action against the hospital.

The nation’s hospitals have been overwhelmed by the pandemic. In most instances, with few or no testing facilities, they have struggled to save lives. Some hospitals have simply turned coronavirus patients away, either owing to a lack of testing facilities or from fear that such patients would infect other patients already under treatment there for other ailments. Doctors and nurses have been critical of the absence of personal protective equipment (PPE) kits, a factor that has seen quite a good number among them refusing to handle Covid-19 patients. Indeed, when doctors in a few hospitals refused to admit a university student, who was obviously suffering from the coronavirus, the government removed them from service. Meanwhile, the university student died. No less painful is the story of a woman doctor who moved from one hospital to another pleading that her father, a senior government bureaucrat, be treated for the coronavirus infection. By the time a hospital finally took him in, it was too late. He died.

Bangladesh’s economy, which in pre-pandemic times showed promise with GDP growth of 8 per cent, has certainly been affected badly by the pandemic. In the immediate future, with Covid-19 not about to recede anytime soon, the picture can only get murkier. The government has meanwhile come up with as many as 18 stimulus packages for various sectors of the economy, including readymade garments, but despite such steps, it will be sorely tested in the coming months. The country’s banks, under pressure for months, are now in precarious conditions. It is especially the privately-owned banks, many of which have been cited for corruption relating to disbursement of loans in questionable manner, which are in trouble.

Beyond the periphery of the government is the danger attendant on the media. Over the past few years, there has been a proliferation of newspapers and television channels, which is not to say that they have been administered well. Journalists have gone unpaid for months on end, and now with the coronavirus pandemic seizing the country, scores of them have been laid off without adequate notice. On the streets, labourers working for daily wages have seen their sources of income vanish. Poverty, traditionally a reality of life in the country, has simply been exacerbated by the pandemic.

The worries do not end. Bangladesh struggles to stay afloat, even if it happens to be muddling through these disturbed times. Critics have accused the government of not being prepared to confront the coronavirus issue. Now the government has decided that the country will be segmented into red, orange and green zones in its assessments of the pandemic.