He was one of hockey’s greatest centre forwards 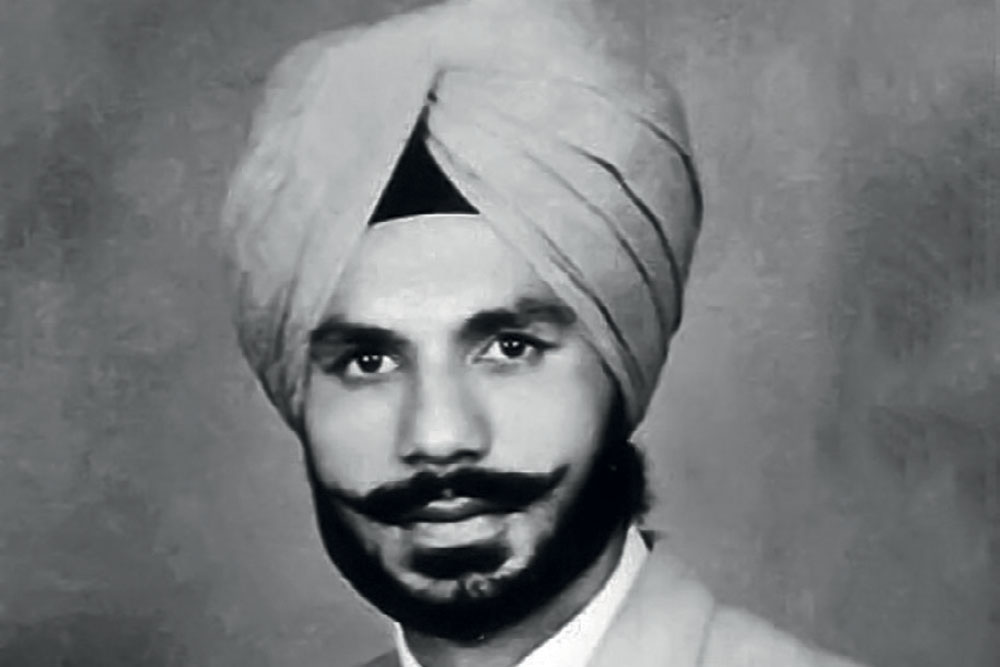 SOME GIFTED SPORTSMEN can spend a lifetime searching for that truly great moment to make their mark in history and never find it. Balbir Singh, who died a few days ago, was not one of them. His career was a relentless series of such moments. Considered among the greatest hockey centre forwards of all time, his resume sparkles with a plethora of gold medals. But it is those big moments that visited Singh again and again. It lay down like a field upon which Singh dashed, the ball glued to his hockey stick, the goal post and history waiting for him.

In 1948, in independent India’s first Olympics – just a year after Independence and Partition, which he had seen closely as a policeman on the streets in Punjab – his squad met their former colonial masters Britain in the finals in Wembley stadium. Singh scored the first two goals that broke the British team down. His teammates scored the other two to give their opponents a 4-0 victory. At the next Olympics in Helsinki, he scored five of India’s six goals in the final against the Netherlands. That record of the most number of individuals goals in a final is still to be broken 68 years later. At the 1956 Olympics final in Melbourne, he captained India to a 1-0 win over Pakistan. It is said that during that final, Singh carried a secret injury – a fracture in one of his fingers. He shouldn’t have played that match. But the coach insisted he play, reasoning that just his name on the team sheet would accrue an advantage. The Pakistani team would have to use two players to mark him, freeing the space up for the other forwards. “The coach said, ‘You just go and stand there’,” Singh once recounted to Fiji Times. “There was a restriction for me to not shake hands with anyone (to keep his injury a secret). Put your hands in pocket or just wave hello.” Much later, he returned to the Indian team once again. This time in 1975, as the country’s inspirational chief coach-cum-manager to help the country win its first and only World Cup title.

Singh emerged in the hockey field at a time of great upheaval and change. A new country was emerging, and past hockey greats from Dhyan Chand’s generation had already hung their boots. Singh’s was an in-between generation, those who were born and had learnt the game in a colonial era, but who thrived on the field in a new country. Singh grew up in the small Punjab town of Moga. The son of a freedom fighter who had been jailed several times, The Indian Express reports that when in 1945, the then Punjab Inspector General of Police, mesmerised by Singh’s skill, commanded his officers to recruit him, the future hockey star fled to Delhi and joined the Central Public Works Department team. A few days later, Singh was brought back to Jalandhar in handcuffs. Either he would have to join Punjab police and play for them or be jailed. He chose the former.

When he returned to the team in 1975, this time as the chief coach-cum-team manager, India’s domination of world hockey was coming to an end. Pakistan, Australia and European teams were the new powerhouses. Singh started bringing about changes. Indian hockey had always tended to be dominated by players from Punjab, visible right from the country’s pre-match war cry of ‘Jo Bole So Nihaal, Sat Sri Akal’. Singh changed this, he told later in interviews, to ‘Jo Bole So Hai, Bharat Mata Ki Jai’. He also started a common prayer room. Indian hockey also seemed to suffer from one peculiar issue. One of the 1975 campaign’s heroes, Aslam Sher Khan, revealed in an interview to The Indian Express earlier this month, how despite playing all the matches during the 1974 Asian Games, when the team was scheduled to play Pakistan next, he was nearly dropped. “I got to know that the team management was thinking to drop me. In the last 27 years, no Muslim player had played against Pakistan at any level,” he said.

Singh ensured that no such thing was considered when the team played Pakistan for the 1975 final. In fact, he took Khan to a mosque in Kuala Lumpur before the game. After chatting with the qazi bemused to find a Sikh in his mosque, when Singh turned around, he found the entire Pakistani team sitting behind him. “Jo hum maangne gaye thhe, aapne pehle hi maang liya (what we wanted to ask for, you have already asked for it),” Singh would famously recount their reaction upon seeing him. When the news of his death emerged, some of the warmest praise came from across the border.