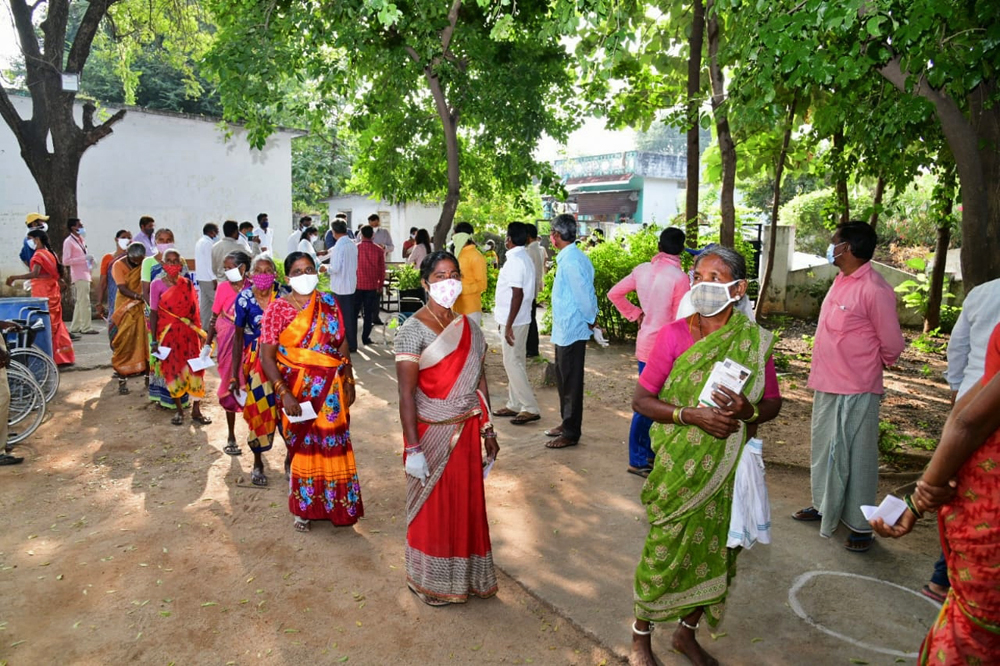 Polling for by-election to the Munugode Assembly seat, Telangana, November 3, 2022


By giving TRS a tough fight and forcing Congress out of the picture, BJP has taken its first steps in southern Telangana after having won two previous byelections in Dubbaka and Huzurabad.

The seat was considered a Congress and Left bastion before the sitting Congress MLA Rajagopal Reddy crossed over to BJP, forcing a byelection. The party’s diminution is further indication of its inability to revive its fortunes in the absence of effective leadership and factional squabbles. Pollsters in fact partially attribute TRS’ win to its alliance with the Communist Party of India (CPI).

Food, liquor and cash reportedly flowed freely in the runup to the bypoll billed by BJP as a referendum on the popularity of Chief Minister K Chandrasekhar Rao. Amidst BJP’s aggressive campaign, Rao had accused the party of conspiring to overthrow his government by poaching four TRS MLAs–Rohith Reddy (Tandur Assembly constituency), Rega Kantha Rao (Pinapaka), B Harshvardhan Reddy (Kollapur) and Guvvala Balaraju (Achampet). “They refused crores of rupees offered to them by brokers sent from Delhi to switch loyalties. This is Telangana’s flag of self-respect,” Rao said at a press conference on November 3, releasing videos allegedly showing representatives from BJP negotiating with MLAs.

BJP has been steadily working on gaining a foothold in Telangana by wooing popular leaders from TRS including Raghunandan Rao and Etela Rajender, but both these candidates won–from Dubbaka and Huzurabad, respectively–on their personal strength and not because they joined BJP, political observers point out. In Munugode, Rajagopal Reddy was the best horse BJP could have backed, considering his popularity and money power. And still, he fell short of a win. If there was to have been an exodus from Congress to BJP, as the party had claimed, perhaps Reddy’s defeat could put a spanner in the works. “Winning against the ruling party is no joke, and we came close. We now know there are people who want to see BJP emerge as an alternative to TRS in Telangana,” says Rajender, adding that the party is now focused on “choosing the right candidates for the general elections”.

“With the defeat in Munugode, BJP has lost its wow factor and exposed its cards. Any leader will now think before joining BJP,” says a Telangana Congress leader. There is no shaking the feeling, however, that Congress may slowly be edged out by BJP, which wants to establish itself as the main opposition party in the state.