The Wealth of Well-Being 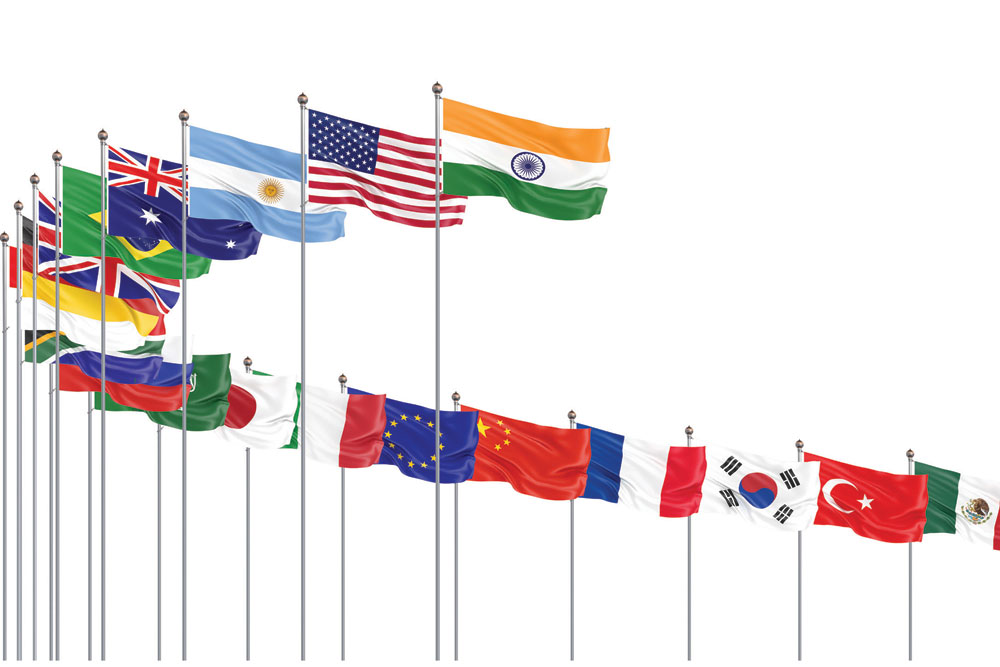 
INDIA WILL BE THE CHAIR OF G20 FOR A YEAR from December 2022. A number of items will come up for consideration during India’s presidency and an important agenda could be developing internation­ally accepted methodology for the measurement of well-being to help facilitate policy formulation and to measure the impact.

There has been a long debate on the appropriateness of Gross Domestic Product (GDP) as an indicator to assess the well-being of citizens. The question remains whether there is a better indica­tor for measuring well-being. GDP is a measure of the output of an economy computed as the total value of goods and services produced in a year. The production of goods and services results in the generation of income for individuals as wages, rent and profits on investment to entrepreneurs, and income for governments as taxes and non-tax revenue.

The income generated is used for the purchase of goods and services. Thus, GDP measures production, generation of income and expenditure in an economy. It has been used as a measure of well-being on the assump­tion that increased GDP will result in improved well-being through a trickle-down effect. Expe­rience does not confirm this assumption. GDP is a good measure of production, productivity, income generation, savings and investment but it is not appropriate for the measurement of well-being. Apart from the limitation of its construct, this measure also does not take into account the effects of environmental degrada­tion, climate change, sudden catastrophes like Covid-19 and conflicts that impact well-being. Similarly, GDP also does not take into account distributional aspects, including inequality in income and wealth. Many such deficien­cies have been very well documented in the Stiglitz, Sen and Fitoussi report released in 2009.

Post-2009, a global debate recognised the need to develop measures as alternatives to GDP or ones that complement it. There are already a number of statistical indicators to complement GDP. The United Nations Devel­opment Programme’s (UNDP) Human Devel­opment Index (HDI), comprising indicators on income, health and education, is widely rec­ognised. But this does not cover all aspects of well-being. The UN Secretary General, in his 2021 report on ‘Our Common Agenda’, has recognised this need. He advised member states to consider ex­isting complements to GDP like HDI, the Inclusive Wealth Index, the Genuine Progress Indicator, the multi-dimensional poverty index, and an inequality adjusted human development index.

There is a need to have a measure of well-being, especially in the current context where there are various factors affecting the lives of citizens. Such a measure should be expanded and should take into account factors like post-pandemic impact, geopolitical conflicts, climate change, people getting affected by new diseases like dengue, chikungunya, supply-chain disruptions, etc. Hu­manity today is facing multidimensional shocks and therefore needs an appropriate measurement of well-being.

The Organisation for Economic Co-operation and Develop­ment (OECD) has developed a framework for the measurement of well-being in the context of prevailing circumstances in its member states. The OECD framework has three pillars with ap­propriate domains and indicators under each pillar. The pillars are material living conditions, quality of life, and sustainability. The domains under living conditions are income and wealth, jobs and earnings, and housing. The domains under the pillar of quality of life are health status, work and life balance, education and skills, social connections, civic engagement and governance, personal security, and environmental quality. Each of the domains is mea­sured through a set of indicators. The third pillar, on sustainability, is measured by indicators on the conservation of natural capital, human capital, economic capital, and social capital. Some of the indicators selected are objectively and statistically measurable but a few are subjective and therefore difficult to assess. OECD has also worked with 11 Latin American and Caribbean countries to suitably adapt the framework for a developing-country context.

There are still a number of issues not addressed in the OECD framework of well-being. Some of the aspects of well-being par­ticularly relevant from the point of view of India are inequality in wealth, prevalence of poverty, underemployment, prevalence of various kinds of diseases, and aspects of quality of education. In addition, issues like biodiversity conservation are of immense importance. Increasing digitalisation in almost all spheres of life has become very important for such a framework. If a framework of well-being with a suitable set of indicators, which take into account the realities of both developed and developing worlds, could be built, it would then be of immense public-policy use.

This is an acceptance of the UN’s Sustainable Development Goals (SDG) and targets by all member states. These goals and targets have been set to achieve sustainable development in all three dimensions—economic, social, and environmental. UN member states, including developing countries, adopted the agenda to achieve 17 goals and 169 targets by 2030. These are being monitored with the help of approximately 230 indicators. One of the SDG targets tasked member states to develop a measure of progress on sustainable development to complement GDP. Therefore, there is a wide recognition of the need to develop a complementary set of indicators to GDP. Some of the indicators developed to monitor sustainable goals and targets would be of great relevance to the measurement of well-being.

THE DEVELOPMENT OF a framework to measure well-being acceptable and useful to all countries requires a re­view of the OECD and UNSDG monitoring frameworks. This would also require testing of the developed framework, in­cluding its indicators, in a few countries. Further, there would be a need to develop a methodology for composite indicators to facilitate its policy use.

A good, reliable, representative and comprehensive set of well-being indicators would be of immense use for policymak­ing in India. These indicators can help allocate resources both by domain and at geographic levels. Such allocation based on scientific measurement will bring policies close to the expecta­tions of citizens and hence would help in a substantially better quality of life. Various ministries in the Union government and in the states have been using some basic indicators for the purpose of policy formulation and monitoring implementation. However, many a time, critical indicators which would directly result in the improved well-being of citizens get ignored because of the non-availability of a desired framework. A few countries like Ec­uador, France, Italy, New Zealand, Scotland, Sweden and the UK have developed well-being measures after detailed consultations with citizens and have started using them for policymaking, with some success. India can learn from the experiences gained so far. But India will have to develop its own set of measures keeping in view its current realities.

India can make a huge contribution to the work of G20 if it can help develop a set of well-being measures equally acceptable to both developed and developing countries. India’s presidency will be followed by that of Brazil which again is a developing country and hence would provide sufficient time for the development of methodology, its testing and adoption.